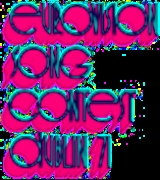 Encyclopedia
The Eurovision Song Contest 1971 was the sixteenth Eurovision Song Contest
Eurovision Song Contest
The Eurovision Song Contest is an annual competition held among active member countries of the European Broadcasting Union .Each member country submits a song to be performed on live television and then casts votes for the other countries' songs to determine the most popular song in the competition...
and the first held in Dublin, Ireland
Ireland
Ireland is an island to the northwest of continental Europe. It is the third-largest island in Europe and the twentieth-largest island on Earth...
. The new voting system that was introduced in this Eurovision did have one big problem: some juries gave fewer points out than others. Whether this was done in some cases to increase their respective countries' chances of winning is impossible to say, but the shortcomings of the system were nevertheless plain.

Groups of up to six people were allowed to perform for the first time, with the rule in previous contests of performing either solo or as a duet abolished.

The BBC
BBC
The British Broadcasting Corporation is a British public service broadcaster. Its headquarters is at Broadcasting House in the City of Westminster, London. It is the largest broadcaster in the world, with about 23,000 staff...
were worried about the possible audience reaction to the British song due to the hostilities
The Troubles
The Troubles was a period of ethno-political conflict in Northern Ireland which spilled over at various times into England, the Republic of Ireland, and mainland Europe. The duration of the Troubles is conventionally dated from the late 1960s and considered by many to have ended with the Belfast...
raging in Northern Ireland
Northern Ireland
Northern Ireland is one of the four countries of the United Kingdom. Situated in the north-east of the island of Ireland, it shares a border with the Republic of Ireland to the south and west...
. They specifically selected a singer from Northern Ireland, Clodagh Rodgers
Clodagh Rodgers
Clodagh Rodgers is a singer and actress from Northern Ireland, best known for her hit single, "Jack in the Box".-Career:...
who was popular in both the UK and Ireland to ease any ill-feeling from the Dublin audience. She reported receiving death threats from the IRA
Provisional Irish Republican Army
The Provisional Irish Republican Army is an Irish republican paramilitary organisation whose aim was to remove Northern Ireland from the United Kingdom and bring about a socialist republic within a united Ireland by force of arms and political persuasion...
for representing the UK.

Monaco's win was their first and only victory. The song was performed by a French singer, living in France, sung in French, conducted by a French native and written by a French team. Séverine
Séverine (singer)
Séverine is a French singer.Séverine won the Eurovision Song Contest in 1971 for Monaco, performing "Un banc, un arbre, une rue" , with music by Jean-Pierre Bourtayre and words by Yves Dessca...
later claimed she never visited Monaco before or after her victory - a claim easily disproved by the preview video submitted by Tele-Monaco featuring the singer on location in the Principality.