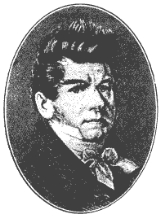 Encyclopedia
Ernst Benjamin Salomo Raupach (May 21, 1784 – March 18, 1852) was a German
Germany
Germany , officially the Federal Republic of Germany , is a federal parliamentary republic in Europe. The country consists of 16 states while the capital and largest city is Berlin. Germany covers an area of 357,021 km2 and has a largely temperate seasonal climate...
dramatist.

He was born at Straupitz
Strupice, Lower Silesian Voivodeship
Strupice is a village in the administrative district of Gmina Chojnów, within Legnica County, Lower Silesian Voivodeship, in south-western Poland. Prior to 1945 it was in Germany.The village has a population of 175....
, near Liegnitz in Silesia
Silesia
Silesia is a historical region of Central Europe located mostly in Poland, with smaller parts also in the Czech Republic, and Germany.Silesia is rich in mineral and natural resources, and includes several important industrial areas. Silesia's largest city and historical capital is Wrocław...
, a son of the village pastor
Pastor
The word pastor usually refers to an ordained leader of a Christian congregation. When used as an ecclesiastical styling or title, this role may be abbreviated to "Pr." or often "Ps"....
. He attended the gymnasium at Liegnitz, and studied theology
Theology
Theology is the systematic and rational study of religion and its influences and of the nature of religious truths, or the learned profession acquired by completing specialized training in religious studies, usually at a university or school of divinity or seminary.-Definition:Augustine of Hippo...
at the university of Halle. In 1804 he obtained a tutorship in St Petersburg. He preached at times in the German Lutheran church, wrote his first tragedies, and in 1817 was appointed professor of German literature and history at a training college in connection with the university.

Owing to an outburst of jealousy against Germans in Russia
Russia
Russia or , officially known as both Russia and the Russian Federation , is a country in northern Eurasia. It is a federal semi-presidential republic, comprising 83 federal subjects...
, culminating in police supervision, Raupach left St Petersburg in 1822 and undertook a journey to Italy
Italy
Italy , officially the Italian Republic languages]] under the European Charter for Regional or Minority Languages. In each of these, Italy's official name is as follows:;;;;;;;;), is a unitary parliamentary republic in South-Central Europe. To the north it borders France, Switzerland, Austria and...
. The literary fruits of his travels were Hirsemeuzels Briefe aus und über Italien (Hirsemeuzel's Letters from and about Italy, 1823). He next visited Weimar
Weimar
Weimar is a city in Germany famous for its cultural heritage. It is located in the federal state of Thuringia , north of the Thüringer Wald, east of Erfurt, and southwest of Halle and Leipzig. Its current population is approximately 65,000. The oldest record of the city dates from the year 899...
, but, being coldly received by Goethe, abandoned his idea of living there and settled in 1824 in Berlin
Berlin
Berlin is the capital city of Germany and is one of the 16 states of Germany. With a population of 3.45 million people, Berlin is Germany's largest city. It is the second most populous city proper and the seventh most populous urban area in the European Union...
. Here he spent the remainder of his life, writing for the stage, which for twenty years he greatly influenced, if not wholly controlled, in the Prussian capital. He died at Berlin on March 18, 1852. 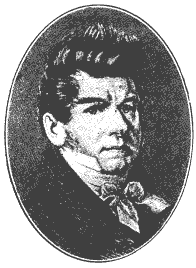 The historical dramas with which his name is chiefly associated are Die Hohenstaufen (1837–38), a cyclus of 15 dramatic pieces founded on Friedrich von Raumer
Friedrich Ludwig Georg von Raumer
Friedrich Ludwig Georg von Raumer was a German historian. He was the first scientific historian to popularize history in German. He traveled extensively and served in German legislative bodies.-Biography:...
's Geschichte der Hohenstaufen, and the trilogy Cromwell (1841–44).

Also noteworthy among his early pieces are: Die Gefesselten (1821) and Die Freunde (1825). Among his comedies may also be mentioned the farces Denk' an Cäsar and Schelle im Monde. Among his posthumous works are: Der Kegelspieler (1853); Mulier Taceat in Ecclesia, a tragi-comedy (1853); and Saat und Frucht (1854). The drama Der Müller und sein Kind was still on the stage in the early 20th century.