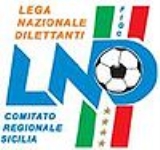 Eccellenza Sicily (known in its native tongue as Eccellenza Sicilia) is the regional Eccellenza
Eccellenza
Eccellenza is the sixth level of Italian football. It is a regional league, composed of 28 divisions divided geographically. All 20 regions are represented by at least one division except for Piedmont and Aosta Valley which share 2 divisions...
football division for clubs on the Isle of Sicily
Sicily
Sicily is a region of Italy, and is the largest island in the Mediterranean Sea. Along with the surrounding minor islands, it constitutes an autonomous region of Italy, the Regione Autonoma Siciliana Sicily has a rich and unique culture, especially with regard to the arts, music, literature,...
, Italy
Italy
Italy , officially the Italian Republic languages]] under the European Charter for Regional or Minority Languages. In each of these, Italy's official name is as follows:;;;;;;;;), is a unitary parliamentary republic in South-Central Europe. To the north it borders France, Switzerland, Austria and...
. It is competed amongst 32 teams, in two different groups (A and B). The winners of the Groups are promoted to Serie D
Serie D
Serie D is the top level of the Italian non-professional football association called Lega Nazionale Dilettanti. The association represents over a million football players and thousands of football teams across Italy. Serie D ranks just below Lega Pro Seconda Divisione , and is thus considered the...
. The club who finishes second also have the chance to gain promotion, they are entered into a national play-off which consists of two rounds.

Here are the past champions of the Sicilian Eccellenza, organised into their respective group.