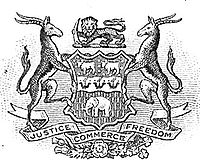 Companies enabled merchants to band together to undertake ventures requiring more capital than was available to any one merchant or family. Typically, these companies were formed from the sixteenth century onwards by groups of European
European ethnic groups
The ethnic groups in Europe are the various ethnic groups that reside in the nations of Europe. European ethnology is the field of anthropology focusing on Europe....
investors to underwrite and profit from the exploration of Africa
Africa
Africa is the world's second largest and second most populous continent, after Asia. At about 30.2 million km² including adjacent islands, it covers 6% of the Earth's total surface area and 20.4% of the total land area...
, India
India
India , officially the Republic of India , is a country in South Asia. It is the seventh-largest country by geographical area, the second-most populous country with over 1.2 billion people, and the most populous democracy in the world...
, the Caribbean
Caribbean
The Caribbean is a crescent-shaped group of islands more than 2,000 miles long separating the Gulf of Mexico and the Caribbean Sea, to the west and south, from the Atlantic Ocean, to the east and north...
and North America
North America
North America is a continent wholly within the Northern Hemisphere and almost wholly within the Western Hemisphere. It is also considered a northern subcontinent of the Americas...
, usually under the patronage of one state, which issued the company's charter. But chartered companies go back into the medieval period. One claimed to be the oldest is the Stora Enso
Stora Enso
Stora Enso Oyj is a Finnish pulp and paper manufacturer, formed by the merger of Swedish mining and forestry products company Stora and Finnish forestry products company Enso-Gutzeit Oy in 1998. It is headquartered in Helsinki, and it has approximately 29,000 employees...
with a charter of 1347 for a copper mine. Chartered companies enabled states to use private resources for exploration and trade beyond the means of the limited resources of the treasury, which is a liberal form of indirect rule; some companies did themselves employ a form of indirect rule
Indirect rule
Indirect rule was a system of government that was developed in certain British colonial dependencies...
of territories through traditional leaders, such as princely state
Princely state
A Princely State was a nominally sovereign entitity of British rule in India that was not directly governed by the British, but rather by an Indian ruler under a form of indirect rule such as suzerainty or paramountcy.-British relationship with the Princely States:India under the British Raj ...
s with whom they (not the European state) made treaties.

Chartered companies were usually formed, incorporated and legitimised under a royal
Royal Charter
A royal charter is a formal document issued by a monarch as letters patent, granting a right or power to an individual or a body corporate. They were, and are still, used to establish significant organizations such as cities or universities. Charters should be distinguished from warrants and...
or, in republics, an equivalent government charter
Charter
A charter is the grant of authority or rights, stating that the granter formally recognizes the prerogative of the recipient to exercise the rights specified...
. This document set out the terms under which the company could trade; defined its boundaries of influence, and described its rights and responsibilities.

In return, the British South Africa Company agreed to develop the territory it controlled; to respect existing African laws; to allow free trade within its territory and to respect all religions.

Chartered companies in many cases benefited from the trade monopolies (such as the English
England
England is a country that is part of the United Kingdom. It shares land borders with Scotland to the north and Wales to the west; the Irish Sea is to the north west, the Celtic Sea to the south west, with the North Sea to the east and the English Channel to the south separating it from continental...
Royal African Company
Royal African Company
The Royal African Company was a slaving company set up by the Stuart family and London merchants once the former retook the English throne in the English Restoration of 1660...
, which held a monopoly on Africa
Africa
Africa is the world's second largest and second most populous continent, after Asia. At about 30.2 million km² including adjacent islands, it covers 6% of the Earth's total surface area and 20.4% of the total land area...
n slaving
Slavery
Slavery is a system under which people are treated as property to be bought and sold, and are forced to work. Slaves can be held against their will from the time of their capture, purchase or birth, and deprived of the right to leave, to refuse to work, or to demand compensation...
from 1672 to 1698).

In order to carry out their many tasks, which in many cases included functions - such as security and defence - usually reserved for a sovereign state, some companies achieved relative autonomy. A few chartered companies such as the British Honourable East India Company
British East India Company
The East India Company was an early English joint-stock company that was formed initially for pursuing trade with the East Indies, but that ended up trading mainly with the Indian subcontinent and China...
(HEIC) and Dutch Verenigde Oostindische Compagnie
Dutch East India Company
The Dutch East India Company was a chartered company established in 1602, when the States-General of the Netherlands granted it a 21-year monopoly to carry out colonial activities in Asia...
(VOC) had military and naval forces of their own that dwarfed even the average European state's armed forces, and adequate funds to buy the best men and equipment, in effect making them a state within a state.

More chartered companies were formed during the late nineteenth century's "Scramble for Africa
Scramble for Africa
The Scramble for Africa, also known as the Race for Africa or Partition of Africa was a process of invasion, occupation, colonization and annexation of African territory by European powers during the New Imperialism period, between 1881 and World War I in 1914...
" with the purpose of seizing, colonising and administering the last 'virgin' African territories, but these proved generally less profitable than earlier trading companies. In time, most of their colonies were either lost (often to other European powers) or transformed into crown colonies. The last chartered company to administer territory directly in Africa was the Companhia de Moçambique in Portuguese East Africa
Portuguese East Africa
Mozambique or Portuguese East Africa was the common name by which the Portuguese Empire's territorial expansion in East Africa was known across different periods of time...
(now Mozambique
Mozambique
Mozambique, officially the Republic of Mozambique , is a country in southeastern Africa bordered by the Indian Ocean to the east, Tanzania to the north, Malawi and Zambia to the northwest, Zimbabwe to the west and Swaziland and South Africa to the southwest...
), which handed over rule of the colonies of Manica
Manica
Manica may refer to:* Manica Province, a province of Mozambique** Manica, Mozambique, a town* Manica, a part of the male Lepidoptera genitalia near the aedeagus* Manica , armguards used by the Roman legionaries and gladiators...
and Sofala
Sofala
Sofala, at present known as Nova Sofala, used to be the chief seaport of the Monomotapa Kingdom, whose capital was at Mount Fura. It is located on the Sofala Bank in Sofala Province of Mozambique.-History:...
to the Portuguese republic's colonial government in 1942.


Notable chartered companies and their abbreviations/ years of formation 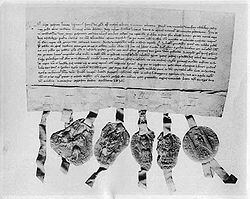