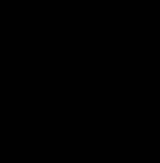 Overview
The Dutch East India Company (Dutch
Dutch language
Dutch is a West Germanic language and the native language of the majority of the population of the Netherlands, Belgium, and Suriname, the three member states of the Dutch Language Union. Most speakers live in the European Union, where it is a first language for about 23 million and a second...
: , VOC, "United East India Company") was a chartered company
Chartered company
A chartered company is an association formed by investors or shareholders for the purpose of trade, exploration and colonization.- History :...
established in 1602, when the States-General of the Netherlands
States-General of the Netherlands
The States-General of the Netherlands is the bicameral legislature of the Netherlands, consisting of the Senate and the House of Representatives. The parliament meets in at the Binnenhof in The Hague. The archaic Dutch word "staten" originally related to the feudal classes in which medieval...
granted it a 21-year monopoly
Monopoly
A monopoly exists when a specific person or enterprise is the only supplier of a particular commodity...
to carry out colonial activities in Asia. It was the second multinational corporation
Multinational corporation
A multi national corporation or enterprise , is a corporation or an enterprise that manages production or delivers services in more than one country. It can also be referred to as an international corporation...
in the world (the British East India Company
British East India Company
The East India Company was an early English joint-stock company that was formed initially for pursuing trade with the East Indies, but that ended up trading mainly with the Indian subcontinent and China...
was founded two years earlier) and the first company to issue stock
Stock
The capital stock of a business entity represents the original capital paid into or invested in the business by its founders. It serves as a security for the creditors of a business since it cannot be withdrawn to the detriment of the creditors...
. It was also arguably the first megacorporation, possessing quasi-governmental powers, including the ability to wage war, imprison and execute convicts, negotiate treaties, coin money, and establish colonies.

Statistically, the VOC eclipsed all of its rivals in the Asia trade.

My husband's grandfather was employed by the Dutch East India company in Modjakarta. He went there in about 1910 and his name was Lambert Elfrink. He ...

Why did the Netherlands give the Dutch East India Company so much power?

I am from kerala(old malabar), I like to know about the Dutch Governor General Moyon's period in chettuva,pappinivattam,and the relations with the Paz...
More
x