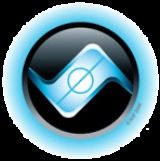 Encyclopedia
The Champions Hockey League was a short-lived ice hockey
Ice hockey
Ice hockey, often referred to as hockey, is a team sport played on ice, in which skaters use wooden or composite sticks to shoot a hard rubber puck into their opponent's net. The game is played between two teams of six players each. Five members of each team skate up and down the ice trying to take...
league which was launched in 2008 by the International Ice Hockey Federation
International Ice Hockey Federation
The International Ice Hockey Federation is the worldwide governing body for ice hockey and in-line hockey. It is based in Zurich, Switzerland, and has 70 members...
(IIHF) and only played in the 2008–09 season
2008–09 Champions Hockey League
-Group stage:The draw for the group stage took place on Friday, 25 April 2008 in Zurich, Switzerland. The twelve teams were drawn into groups of three. Each group played a double round-robin. If the games were decided after 60 minutes, the winner was awarded 3 points and the loser 0 points...
. Its creation coincided with the IIHF's 100th anniversary and replaced the IIHF European Champions Cup, the former competition for Europe's top ice hockey teams. The financial reward for progressing to the CHL Group Stage was a portion of the 16.9 million Swiss franc
Swiss franc
The franc is the currency and legal tender of Switzerland and Liechtenstein; it is also legal tender in the Italian exclave Campione d'Italia. Although not formally legal tender in the German exclave Büsingen , it is in wide daily use there...
s that was distributed between the teams with a 1,000,000 Swiss francs bonus going to the winner; the largest monetary reward ever given in any European ice hockey competition.

The Silver Stone Trophy
Silver Stone Trophy
The Silver Stone Trophy was originally designed and produced for the now defunct European Hockey League by Italian artist Enzo Bosi. It weighs seven kilograms in silver chisel, equivalent to one British stone, hence the name The Silver Stone...
, which has been awarded to the top club team in European hockey since 1997, was the CHL's championship trophy. Because of problems with finding sponsors, failure to agree on a format, and lack of further interest from professional leagues around the world, the Champions Hockey League was cancelled after only one season had been played.

The Champions Hockey League was planned to be contested among 24 European national club champions and the runner-ups of the best six hockey leagues. However, for the first season, a shortened version was agreed upon with a group stage with 12 teams, the champions of the best seven leagues and a second team from each of the best four leagues. The second teams from the leagues placed 5–7, played a qualification tournament over one weekend to determine the twelfth and final participant of the Champions Hockey League.

The following table based on the 2008 IIHF League Ranking gives an overview over the qualifiaction process. Because of the cancellation after the first season, the lower ranked leagues never participated in the Champions Hockey League.

The CHL was broadcast across Europe on various national TV networks, as well as on the Internet.

It could also be watched regularly in some extra-European markets. Universal Sports
Universal Sports
Universal Sports is an American television network that airs various sports, primarily those contested in the Olympic Games, including swimming, gymnastics, cycling, track and field, figure skating, skiing, bobsledding and triathlon.-Programming:...
(part of the NBC Universal
NBC Universal
NBCUniversal Media, LLC is a media and entertainment company engaged in the production and marketing of entertainment, news, and information products and services to a global customer base...
group) was the league's broadcaster in the United States, while The Score held the Canadian rights.

Because of the limited preparation time, the first (and only) edition was played with only 12 teams from the top seven leagues in Europe. The four top leagues (Russia, Czech Republic, Sweden and Finland) were represented with two teams each. The leagues ranked 5-7 (Slovakia, Switzerland and Germany) were represented with one team. A second team from Switzerland (SC Bern
SC Bern
Schlittschuh Club Bern is an ice hockey team based in Bern, Switzerland. The club was the most attended team in Europe for the 2010-11 season, averaging 15,856 spectators....
), qualified for the main stage by winning a qualifying tournament which was held in September.

The main phase of the CHL consisted of 4 groups with 3 teams each that played home and away games against the two other teams in the group, with the 4 group winners advancing to the semi-finals. In the first semi-final the two Russian teams Metallurg Magnitogorsk
Metallurg Magnitogorsk
Metallurg Magnitogorsk is a professional ice hockey team based in Magnitogorsk, Chelyabinsk Oblast, Russia. They are members of the Kharlamov Division of the Kontinental Hockey League...
and Salavat Yulaev Ufa
Salavat Yulaev Ufa
Salavat Yulaev is a professional ice hockey team based in Ufa in the Republic of Bashkortostan, a federal subject of the Russian Federation. They are members of the Chernyshev Division of the Kontinental Hockey League, and were part of Group C of the 2008–09 Champions Hockey League.-History:The...
played against each other. After both teams won one game, a penalty shoot-out had to decide. Magnitogorsk was luckier and advanced to the final. In the other semi-final, the Swiss ZSC Lions
ZSC Lions
The Zürcher Schlittschuh Club Lions are a professional ice hockey team located in Zürich, Switzerland, playing in the National League A. The home arena, the 10,700 seat Hallenstadion, is in the Zürich district of Oerlikon...
played against Finnish team Espoo Blues
Espoo Blues
The Blues are an ice hockey team in the SM-liiga. They play in Espoo, Finland at the Barona Areena.-Team history:The club was established in February 1984 as Kiekko-Espoo and played their first season in 1984-1985 in the Finnish Second Division...
. ZSC won both games and qualified for the final.

The first game of the final was played in Magnitogorsk
Magnitogorsk
Magnitogorsk is a mining and industrial city in Chelyabinsk Oblast, Russia, located on the eastern side of the extreme southern extent of the Ural Mountains by the Ural River. Population: 418,545 ;...
and ended in a 2–2 draw. The decisive second game was played in Rapperswil
Rapperswil
Rapperswil-Jona is a municipality in the Wahlkreis of See-Gaster in the canton of St. Gallen in Switzerland.Besides Rapperswil and Jona, which were separate municipalities until 2006, the municipality includes Bollingen, Busskirch, Curtiberg, Kempraten-Lenggis, Wagen, and Wurmsbach.-Today:On...
, Switzerland
Switzerland
Switzerland name of one of the Swiss cantons. ; ; ; or ), in its full name the Swiss Confederation , is a federal republic consisting of 26 cantons, with Bern as the seat of the federal authorities. The country is situated in Western Europe,Or Central Europe depending on the definition....
and won 5–0 by the ZSC Lions
ZSC Lions
The Zürcher Schlittschuh Club Lions are a professional ice hockey team located in Zürich, Switzerland, playing in the National League A. The home arena, the 10,700 seat Hallenstadion, is in the Zürich district of Oerlikon...
which became the first and also last Champions Hockey League winners.

The IIHF officially announced on 15 June 2009 the cancellation of the Champions Hockey League for the 2009–10 season, but that it would possibly be resumed in the 2010–11 season, with the possible contribution of the NHL
National Hockey League
The National Hockey League is an unincorporated not-for-profit association which operates a major professional ice hockey league of 30 franchised member clubs, of which 7 are currently located in Canada and 23 in the United States...
. The continuation of the league was already called into question in January when the main sponsor, Gazprom
Gazprom
Open Joint Stock Company Gazprom is the largest extractor of natural gas in the world and the largest Russian company. Its headquarters are in Cheryomushki District, South-Western Administrative Okrug, Moscow...
, as well as Reebok
Reebok
Reebok International Limited, a subsidiary of the German sportswear company Adidas since 2005, is a producer of Athletic shoes, apparel, and accessories. The name comes from the Afrikaans spelling of rhebok, a type of African antelope or gazelle...
, pulled out of their commitments to sponsor the league for three seasons. Conflict with the NHL also arose, whereby the European sponsors led by Gazprom were willing to fund 50–60% of the league and control, whereas the NHL offered to fund up to 60%, but wanted full control of the league's operations.

Some teams were considering legal actions against IIHF for the cancellation of the CHL, because "the clubs have blocked out game dates and C.H.L. participation in their budget-planning consideration", as Gernot Tripcke, the general manager of the Deutsche Eishockey Liga (DEL), said.

On 21 October 2009, the IIHF announced an agreement with Hockey Europe
Hockey Europe
Hockey Europe is a collaboration of ice hockey leagues within Europe. It was formed by six European Leagues to help negotiate for their rights with the NHL and KHL....
to re-launch the CHL during the 2010–11 season, with teams from the 7 top European leagues (although the agreement was cancelled later, see below). Included in the agreement was to be a settlement that would've compensated the clubs that qualified for the cancelled 2009–10 edition.

On 25 November 2009, Ovation Sports AG, the organization behind the Champions Hockey League, announced that they were discontinuing their efforts and that the league would not continue.

On 9 March 2010, the IIHF announced that they and the European leagues failed to agree on a re-launch of the Champions Hockey League. Therefore, there were no CHL during the 2010–11 season. Thus, the CHL has probably been permanently cancelled.

On 6 December 2010, the IIHF announced that they were "..inviting Europe’s top clubs to a repeat of 2009 success". The IIHF Council approved the re-launch of the Champions Hockey League for the 2011–12 season, with the overall planned length of the approved project of 3 seasons. However, on 23 February 2011, the IIHF announced that the Council had decided to postpone the plans for a re-launch of the CHL in the 2011–12 season, due to lack of interest from professional leagues.