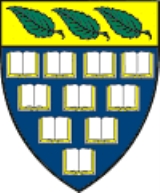 
The Founding of Branford

Branford College was founded in 1933 by partitioning the Memorial Quadrangle
Memorial Quadrangle
The Memorial Quadrangle at Yale University, USA, was donated by Anna M. Harkness with Harkness Tower named in memory of her son, Charles Harkness, Yale Class of 1883. Commissioned from James Gamble Rogers to supply much-needed student housing, the Quadrangle now consists of Saybrook College and...
(built in 1917-21) into two parts: Saybrook
Saybrook College
Saybrook College is one of the 12 residential colleges at Yale University. It was founded in 1933 by partitioning the Memorial Quadrangle into two parts: Saybrook and Branford....
and Branford. According to Robert Frost
Robert Frost
Robert Lee Frost was an American poet. He is highly regarded for his realistic depictions of rural life and his command of American colloquial speech. His work frequently employed settings from rural life in New England in the early twentieth century, using them to examine complex social and...
, it is "the oldest and most beautiful" of the Yale residential colleges, though it shares a building and was founded simultaneously with Saybrook. In the start of the academic year in 1933, Branford College opened its doors. Clarence Whittlesey Mendell, Dean of Yale College, had been named Master in 1931 and he held the post until 1943. What impressed quite a few visitors to Branford was the calm and subdued character of the College. Chauncey Tinker commented that Saybrook was like an anthill, but Branford was like an oyster bed. In records of the time, the main thing that stands out about Branford is the activity among its students, and of encouragement of activity on the part of Master Mendell, who commented that oyster beds produce pearls.

The college has a longstanding rivalry with neighboring Jonathan Edwards College
Jonathan Edwards College
Jonathan Edwards College is a residential college at Yale University. Established in 1932, it is the oldest of Yale's residential colleges. Members of the Yale community refer to it informally as J.E....
as well as a less formal one with Saybrook, both of which frequently attempt to steal Branford's college flag. Branford is the sister college of Quincy House
Quincy House
Quincy House may refer to:* Quincy House , a residential house at Harvard* Quincy House , graduate house in the Brookland neighborhood of Washington, DC* Quincy House , the U.S. ambassador's residence in Riyadh...
at Harvard, Pembroke College
Pembroke College, Oxford
Pembroke College is one of the constituent colleges of the University of Oxford in England, located in Pembroke Square. As of 2009, Pembroke had an estimated financial endowment of £44.9 million.-History:...
at Oxford and Christ's College
Christ's College, Cambridge
Christ's College is a constituent college of the University of Cambridge.With a reputation for high academic standards, Christ's College averaged top place in the Tompkins Table from 1980-2000 . In 2011, Christ's was placed sixth.-College history:...
at Cambridge. It is tradition for Branfordians to host members of Quincy House when Yale hosts Harvard during The Game.

There are two "common rooms" in addition to the primary common room (located underneath the Dining Hall). Located between Linonia and Branford Courts is the Fellows' Lounge, where the Fellows of the College meet. This room is called the Trumbull Room, in memory of the first art gallery at Yale, which was built to house the paintings of John Trumbull.

The other "Common Room" is the Mendell Room, named for Branford's first master, Clarence Whittlesey Mendell. Confusingly, this room also had several other names. It was originally dubbed the "Cabinet Commons" when it was constructed. It quickly came to be known as the "Ship Room" after the carving over the mantle, which depicts the phantom "Great Ship" lost at sea off of New Haven. During the early days of the College, it was used as a "Music Room", and a record player was installed for the use of College students. It was only after the decease of Master Mendell that the room was renamed in his honor. The room, which is located between the Branford and Brothers in Unity Courts (joined by the Jared Eliot gateway) is used for seminars and meetings of small student organizations.

The Branford College Library is located in the middle courtyard of Branford College, named Calliope Court. The student rooms and common areas are decorated with stained glass
Stained glass
The term stained glass can refer to coloured glass as a material or to works produced from it. Throughout its thousand-year history, the term has been applied almost exclusively to the windows of churches and other significant buildings...
by G. Owen Bonawit
G. Owen Bonawit
G. Owen Bonawit was an artist whose studio created thousands of pieces of stained glass for Yale, Duke, and Northwestern universities; Connecticut College; and at private homes. There are, by one count, 887 pieces in Yale's Sterling Memorial Library. Bonawit worked often and closely with the...
. Branford's architect, James Gamble Rogers
James Gamble Rogers
James Gamble Rogers was an American architect best known for his academic commissions at Yale University, Columbia University, Northwestern University, and elsewhere....
, required that at least one pane on every window be broken and then solder
Solder
Solder is a fusible metal alloy used to join together metal workpieces and having a melting point below that of the workpiece.Soft solder is what is most often thought of when solder or soldering are mentioned and it typically has a melting range of . It is commonly used in electronics and...
ed back together, resulting in a Y-shape in many of the windows.

The basement of the College houses the College's student-run buttery
Buttery (shop)
In the Middle Ages, a buttery was a storeroom for liquor, the name being derived from the Latin and French words for bottle or, to put the word into its simpler form, a butt, that is, a cask. A butler, before he became able to take charge of the ewery, pantry, cellar, and the staff, would be in...
, a computer cluster, a small weight room, two squash courts, a dance studio, a basketball court, a digital media center, a game room, a student kitchen, a pottery studio, a printing press, and laundry facilities. The basement was remodeled just more than a decade ago, with the rest of the college.
Freshmen Branfordians live in entryways
Entryway
An entryway is a hall that is generally located at the front entrance of a house. An entryway often has a coat closet, and usually has linoleum or tile flooring rather than carpet, making it an easy-to-clean transition space between the outdoor and indoor areas...
A through C of Vanderbilt Hall on Old Campus
Old Campus
The Old Campus is a complex of buildings at Yale University on the block at the northwest end of the green in New Haven, Connecticut, consisting of dormitories, classrooms, chapels and offices...
and share the building with the freshmen of Saybrook College
Saybrook College
Saybrook College is one of the 12 residential colleges at Yale University. It was founded in 1933 by partitioning the Memorial Quadrangle into two parts: Saybrook and Branford....
, who live in entryways D through F of the same building. The college was renovated in 2000 as part of the University's renovation of all the residential colleges.