The Hel Peninsula
Hel Peninsula
Hel Peninsula |Nehrung]]) is a 35-km-long sand bar peninsula in northern Poland separating the Bay of Puck from the open Baltic Sea. It is located in Puck County of the Pomeranian Voivodeship.- Geography :...
, together with the town of Hel
Hel, Poland
Hel is a town in Puck County, Pomeranian Voivodeship, Poland, located on the tip of the Hel Peninsula, some 33 kilometres from the Polish mainland.-Early developments:...
, was the pocket of Polish Army resistance that held out the longest against the German invasion
Invasion of Poland (1939)
The Invasion of Poland, also known as the September Campaign or 1939 Defensive War in Poland and the Poland Campaign in Germany, was an invasion of Poland by Germany, the Soviet Union, and a small Slovak contingent that marked the start of World War II in Europe...
. Approximately 3,000 soldiers of the Fortified Region Hel unit (Helski Rejon Umocniony), part of the Coastal Defence Group (Grupa Obrony Wybrzeża) under Capt.
Commander
Commander is a naval rank which is also sometimes used as a military title depending on the individual customs of a given military service. Commander is also used as a rank or title in some organizations outside of the armed forces, particularly in police and law enforcement.-Commander as a naval...
Stanislaw Zwartynski, defended the area against overwhelming odds from 9 September until 2 October 1939, when they surrendered.

There was a Polish military port in Hel from 1928, and the Polish military had been in control of the northern part of the peninsula since the 1920s. In 1936 the northen section of the Hel peninsula was officially named Hel Fortified Area
Hel Fortified Area
The Hel Fortified Area was a set of Polish fortifications, constructed on the Hel Peninsula in northern Poland, in close proximity to the interwar border of Poland and the Third Reich. It was created in 1936, upon a decree of President Ignacy Moscicki...
(Helski Rejon Umocniony). Approximately 3,000 soldiers were stationed in the area, and the Fortified Region included three coastal (anti-ship) and anti-air gun batteries
Artillery battery
In military organizations, an artillery battery is a unit of guns, mortars, rockets or missiles so grouped in order to facilitate better battlefield communication and command and control, as well as to provide dispersion for its constituent gunnery crews and their systems...
. The coastal batteries were divided into one 4 x 152 mm battery, two older 2 x 105 mm batteries and three batteries with 8 x 75 mm guns in total. Anti-air batteries had 6 x 75 mm and 8 x 40 mm guns, and two 120 cm searchlights.

Hel was the target of Luftwaffe
Luftwaffe
Luftwaffe is a generic German term for an air force. It is also the official name for two of the four historic German air forces, the Wehrmacht air arm founded in 1935 and disbanded in 1946; and the current Bundeswehr air arm founded in 1956....
air attacks from the first day of the invasion (1 September).
The German army forced Polish units of Armia Pomorze to retreat from the Danzig Corridor in the first week of September, and began the assault on the Polish forces in Hel on 9 September. After Armia Pomorze was defeated in the Battle of Tuchola Forest, and other Polish strongholds on the coast capitulated (Battle of Westerplatte
Battle of Westerplatte
The Battle of Westerplatte was the very first battle that took place after Germany invaded Poland and World War II began in Europe. During the first week of September 1939, a Military Transit Depot on the peninsula of Westerplatte, manned by fewer than 200 Polish soldiers, held out for seven days...
, Battle of Gdynia
Battle of Gdynia
Battle of Gdynia was one of the major battles in northern Poland during the Invasion of Poland of 1939. The Germans' main push towards Gdynia began on 8 September and they captured Gdynia less than a week later on 14 September.- Before the battle :...
and Battle of Kępa Oksywska
Battle of Kepa Oksywska
The Battle of Kępa Oksywska took place in the Oksywie Heights outside of the city of Gdynia between September 10 and September 19, 1939. The battle, fought by the Polish Army and the German Wehrmacht, was part of the Polish September Campaign during World War II...
), from 20 September onward Hel was the only viable pocket of Polish resistance in northern Poland.

Hel defenders damaged a German destroyer
Destroyer
In naval terminology, a destroyer is a fast and maneuverable yet long-endurance warship intended to escort larger vessels in a fleet, convoy or battle group and defend them against smaller, powerful, short-range attackers. Destroyers, originally called torpedo-boat destroyers in 1892, evolved from...
on 3 September. Several Polish light minelayer
Minelayer
Minelaying is the act of deploying explosive mines. Historically this has been carried out by ships, submarines and aircraft. Additionally, since World War I the term minelayer refers specifically to a naval ship used for deploying naval mines...
s laid a minefield near Hel in the night of the 12th and 13th of September. After some of the Polish ships were sunk by the Luftwaffe on the following day, and due to German control of the Baltic Sea
Baltic Sea
The Baltic Sea is a brackish mediterranean sea located in Northern Europe, from 53°N to 66°N latitude and from 20°E to 26°E longitude. It is bounded by the Scandinavian Peninsula, the mainland of Europe, and the Danish islands. It drains into the Kattegat by way of the Øresund, the Great Belt and...
, the remaining Polish naval units docked at Hel port and their crews joined the ground forces. The ships' armaments were stripped and converted into additional land gun emplacements. German naval units, including old battleships Schleswig-Holstein
German battleship Schleswig-Holstein
SMS Schleswig-Holstein, one of the five s, was the last pre-dreadnought battleship built by the German Kaiserliche Marine. The ship was laid down in the Germaniawerft dockyard in Kiel in August 1905 and commissioned into the fleet nearly three years later in July 1908...
and Schlesien, shelled the Hel peninsula from 18 September, but with little effect. Schleswig-Holstein was lightly damaged by Polish coastal batteries on 25 September. Hel anti-aircraft batteries proved to be extremely efficient, shooting down between 46 and 53 German aircraft during the battle.

By 14 September Polish forces on the Hel peninsula were cut off from the mainland. After initially being stalled by Polish defences, the Germans brought land artillery batteries and an armored train battery to support their barrage. German forces slowly advanced, although they were still facing significant resistance and counterattack
Counterattack
A counterattack is a tactic used in response against an attack. The term originates in military strategy. The general objective is to negate or thwart the advantage gained by the enemy in attack and the specific objectives are usually to regain lost ground or to destroy attacking enemy units.It is...
s. On 25 September, after Germans took the village of Chałupy (today part of the town of Władysławowo
Władysławowo
Władysławowo is a town on the south coast of the Baltic Sea in the Kashubia in Eastern Pomerania region, northern Poland, with 15,015 inhabitants.-Overview:...
), Polish military engineers detonated a number of torpedo
Torpedo
The modern torpedo is a self-propelled missile weapon with an explosive warhead, launched above or below the water surface, propelled underwater towards a target, and designed to detonate either on contact with it or in proximity to it.The term torpedo was originally employed for...
warheads in the narrowest part of the peninsula, and for a time separated the peninsula from the mainland, transforming it into an island. On 1 October, the commander of the Polish Navy
Polish Navy
The Marynarka Wojenna Rzeczypospolitej Polskiej - MW RP Polish Navy, is the branch of Republic of Poland Armed Forces responsible for naval operations...
, counter-admiral Józef Unrug
Józef Unrug
Józef Michał Hubert Unrug was a German-born Polish vice admiral who helped reestablish Poland's navy after World War I. During the opening stages of World War II, he served as the Polish Navy's commander.-Biography:...
, taking into consideration that the outpost was running out of supplies and that no relief force would be coming, gave the orders to capitulate. The Germans occupied the peninsula by 2 October. After the capitulation
Capitulation (surrender)
Capitulation , an agreement in time of war for the surrender to a hostile armed force of a particular body of troops, a town or a territory....
of Hel, the only organized Polish resistance was carried out by Independent Operational Group Polesie
Independent Operational Group Polesie
Independent Operational Group Polesie was one of the Polish Army Corps that defended Poland during the Invasion of Poland in 1939. It was created on 11 September 1939 and was commanded by general Franciszek Kleeberg...
, eventually defeated during the Battle of Kock
Battle of Kock (1939)
The Battle of Kock, was the final battle in the Invasion of Poland at the beginning of World War II. It took place between 2–5 October 1939, near the town of Kock, in Poland....
. 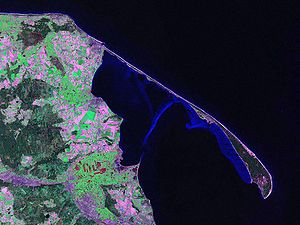