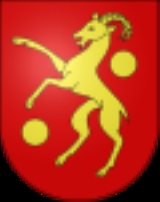 Encyclopedia
Astano is a municipality
Municipalities of Switzerland
Communes , also known as municipalities, are the smallest government division in Switzerland, numbering 2,596 . While many have a population of a few hundred citizens, the largest cities such as Zürich or Geneva also have the legal status of municipalities...
in the district of Lugano
Lugano (district)
The district of Lugano is a district of Canton Ticino, Switzerland. It has a population of .-Geography:The Lugano District has an area, , of . Of this area, or 15.7% is used for agricultural purposes, while or 66.5% is forested...
in the canton
Cantons of Switzerland
The 26 cantons of Switzerland are the member states of the federal state of Switzerland. Each canton was a fully sovereign state with its own borders, army and currency from the Treaty of Westphalia until the establishment of the Swiss federal state in 1848...
of Ticino
Ticino
Canton Ticino or Ticino is the southernmost canton of Switzerland. Named after the Ticino river, it is the only canton in which Italian is the sole official language...
in Switzerland
Switzerland
Switzerland name of one of the Swiss cantons. ; ; ; or ), in its full name the Swiss Confederation , is a federal republic consisting of 26 cantons, with Bern as the seat of the federal authorities. The country is situated in Western Europe,Or Central Europe depending on the definition....
.

Astano is first mentioned in 1272 as Astanum. The old village center has some architecturally notable buildings, such as the Ca 'da Roma. In the Middle Ages
Middle Ages
The Middle Ages is a periodization of European history from the 5th century to the 15th century. The Middle Ages follows the fall of the Western Roman Empire in 476 and precedes the Early Modern Era. It is the middle period of a three-period division of Western history: Classic, Medieval and Modern...
the monastery of S. Pietro in Ciel d'Oro owned land in Astano. In the 13th Century, there was a Humiliati
Humiliati
The Humiliati were an Italian religious order of men formed probably in the 12th century. It was suppressed by a Papal bull in 1571 though an associated order of women continued into the 20th century.-Origin:Its origin is obscure...
monastery in the village. When it was abandoned in the mid-15th century, the property passed to the Humiliati monastery of S. Caterina in Lugano
Lugano
Lugano is a city of inhabitants in the city proper and a total of over 145,000 people in the agglomeration/city region, in the south of Switzerland, in the Italian-speaking canton of Ticino, which borders Italy...
. In 1612 it became a separate parish
Parish
A parish is a territorial unit historically under the pastoral care and clerical jurisdiction of one parish priest, who might be assisted in his pastoral duties by a curate or curates - also priests but not the parish priest - from a more or less central parish church with its associated organization...
. The parish church
Parish church
A parish church , in Christianity, is the church which acts as the religious centre of a parish, the basic administrative unit of episcopal churches....
of S. Pietro was built in 1654 on the ruins of an old chapel.

The village produced a number of architects who emigrated to other countries for work, including Domenico Trezzini
Domenico Trezzini
Domenico Trezzini was a Swiss Italian architect who elaborated the Petrine Baroque style of Russian architecture.Domenico was born in Astano, near Lugano, in the Italian-speaking Ticino . He probably studied in Rome...
and members of the De Marchi and Donati families. Traditional agriculture included the use of the Alpe di Monte (alpine pasture) on Monte Rogoria. The gold-bearing strata of the Monte Sceree was mined, starting in the early 19th Century and running until after World War II, when the mine stopped producing. Today is a spa town with good tourist infrastructure and many commuters to the Lugano valley.

Of the built up area, housing and buildings made up 6.6% and transportation infrastructure made up 1.1%. while parks, green belts and sports fields made up 1.3%. Out of the forested land, 81.5% of the total land area is heavily forested and 3.4% is covered with orchards or small clusters of trees. Of the agricultural land, 6.3% is used for growing crops and 6.6% is used for alpine pastures.

The municipality is located in the Lugano district, in the middle Malcantone Valley.

The blazon
Blazon
In heraldry and heraldic vexillology, a blazon is a formal description of a coat of arms, flag or similar emblem, from which the reader can reconstruct the appropriate image...
of the municipal coat of arms
Coat of arms
A coat of arms is a unique heraldic design on a shield or escutcheon or on a surcoat or tabard used to cover and protect armour and to identify the wearer. Thus the term is often stated as "coat-armour", because it was anciently displayed on the front of a coat of cloth...
is Gules a goat rampant between two bezants in bend.

the average number of residents per living room was 0.49 which is less people per room than the cantonal average of 0.6 per room. In this case, a room is defined as space of a housing unit of at least 4 m² (43.1 sq ft) as normal bedrooms, dining rooms, living rooms, kitchens and habitable cellars and attics. About 55.5% of the total households were owner occupied, or in other words did not pay rent (though they may have a mortgage
Mortgage loan
A mortgage loan is a loan secured by real property through the use of a mortgage note which evidences the existence of the loan and the encumbrance of that realty through the granting of a mortgage which secures the loan...
or a rent-to-own agreement).

In the 2007 federal election
Swiss federal election, 2007
Elections to the Swiss Federal Assembly, the federal parliament of Switzerland, were held on Sunday, 21 October 2007. In a few cantons, a second round of the elections to the Council of States was held on 11 November, 18 November, and 25 November 2007...
the most popular party was the SVP
Swiss People's Party
The Swiss People's Party , also known as the Democratic Union of the Centre , is a conservative political party in Switzerland. Chaired by Toni Brunner, but spearheaded by Christoph Blocher, the party is the largest party in the Federal Assembly, with 58 members of the National Council and 6 of...
which received 24.31% of the vote. The next three most popular parties were the SP
Social Democratic Party of Switzerland
The Social Democratic Party of Switzerland is the largest centre-left political party in Switzerland....
(20.86%), the Ticino League
Ticino League
The Ticino League is an isolationist, national conservative political party in Switzerland active in the canton of Ticino.In 1991, after some public campaigning in the Sunday journal Mattino della Domenica against political power and use of public money, the editor Giuliano Bignasca and the...
(16.57%) and the FDP
FDP.The Liberals
FDP.The Liberals is a classical liberal political party in Switzerland. It is the joint-largest party in the Federal Council, third-largest party in the National Council, and second-largest in the Council of States....
(15.88%). In the federal election, a total of 97 votes were cast, and the voter turnout
Voter turnout
Voter turnout is the percentage of eligible voters who cast a ballot in an election . After increasing for many decades, there has been a trend of decreasing voter turnout in most established democracies since the 1960s...
was 37.6%.

In the Gran Consiglio election, there were a total of 257 registered voters in Astano, of which 130 or 50.6% voted. The most popular party was the LEGA
Ticino League
The Ticino League is an isolationist, national conservative political party in Switzerland active in the canton of Ticino.In 1991, after some public campaigning in the Sunday journal Mattino della Domenica against political power and use of public money, the editor Giuliano Bignasca and the...
which received 26 or 20.0% of the vote. The next three most popular parties were; the PS
Social Democratic Party of Switzerland
The Social Democratic Party of Switzerland is the largest centre-left political party in Switzerland....
(with 25 or 19.2%), the SSI (with 20 or 15.4%) and the PLRT
FDP.The Liberals
FDP.The Liberals is a classical liberal political party in Switzerland. It is the joint-largest party in the Federal Council, third-largest party in the National Council, and second-largest in the Council of States....
(with 16 or 12.3%).

, there was one hotel in Astano.

From the , 182 or 62.8% were Roman Catholic, while 53 or 18.3% belonged to the Swiss Reformed Church
Swiss Reformed Church
The Reformed branch of Protestantism in Switzerland was started in Zürich by Huldrych Zwingli and spread within a few years to Basel , Bern , St...
. There are 49 individuals (or about 16.90% of the population) who belong to another church (not listed on the census), and 6 individuals (or about 2.07% of the population) did not answer the question.

In Astano there were a total of 35 students . The Ticino education system
Education in Switzerland
The education system in Switzerland is very diverse, because the constitution of Switzerland delegates the authority for the school system mainly to the cantons...
provides up to three years of non-mandatory kindergarten
Kindergarten
A kindergarten is a preschool educational institution for children. The term was created by Friedrich Fröbel for the play and activity institute that he created in 1837 in Bad Blankenburg as a social experience for children for their transition from home to school...
and in Astano there were 5 children in kindergarten. The primary school program lasts for five years. In the municipality, 14 students attended the standard primary schools. In the lower secondary school system, students either attend a two year middle school followed by a two year pre-apprenticeship or they attend a four year program to prepare for higher education. There were 8 students in the two year middle school, while 4 students were in the four year advanced program.

The upper secondary school includes several options, but at the end of the upper secondary program, a student will be prepared to enter a trade or to continue on to a university or college. In Ticino, vocational students may either attend school while working on their internship or apprenticeship (which takes three or four years) or may attend school followed by an internship or apprenticeship (which takes one year as a full-time student or one and a half to two years as a part-time student). There were 2 vocational students who were attending school full-time and 2 who attend part-time.