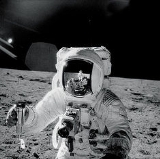 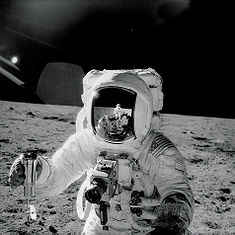 A visor is a surface that protects the eyes
Eye protection
Eye protection is protective gear for the eyes, which comes in many types depending upon the threat that is to be reduced. The threats can be particles, light, wind blast, heat, sea spray or some type of ball or puck used in sports...
, such as shading them from the sun or other bright light or protecting them from objects.

Nowadays many visors are transparent, but before strong transparent substances such as polycarbonate
Polycarbonate
PolycarbonatePhysical PropertiesDensity 1.20–1.22 g/cm3Abbe number 34.0Refractive index 1.584–1.586FlammabilityV0-V2Limiting oxygen index25–27%Water absorption – Equilibrium0.16–0.35%Water absorption – over 24 hours0.1%...
were invented, visors were opaque like a mask
Mask
A mask is an article normally worn on the face, typically for protection, disguise, performance or entertainment. Masks have been used since antiquity for both ceremonial and practical purposes...
with small holes to see and breathe through, such as:

Some modern devices called visors are similar, for example:

Types of modern transparent visors include:

The word vizard (sometimes visard) is used in Shakespearean English
Early Modern English
Early Modern English is the stage of the English language used from about the end of the Middle English period to 1650. Thus, the first edition of the King James Bible and the works of William Shakespeare both belong to the late phase of Early Modern English...
to refer to a visor, a mask
Mask
A mask is an article normally worn on the face, typically for protection, disguise, performance or entertainment. Masks have been used since antiquity for both ceremonial and practical purposes...
, or a disguise
Disguise
A disguise can be anything which conceals or changes a person's physical appearance, including a wig, glasses, makeup, costume or other ways. Camouflage is one type of disguise for people, animals and objects...
(ex. "There, then, that vizard, that superfluous case, that hid the worse and show'd the better face." -- Love's Labors Lost V.ii.387)
The source of this article is wikipedia, the free encyclopedia.  The text of this article is licensed under the GFDL.