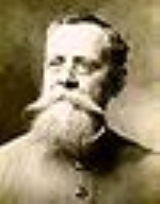 Overview
Venustiano Carranza de la Garza, (December 28, 1859 – May 21, 1920) was one of the leaders of the Mexican Revolution
Mexican Revolution
The Mexican Revolution was a major armed struggle that started in 1910, with an uprising led by Francisco I. Madero against longtime autocrat Porfirio Díaz. The Revolution was characterized by several socialist, liberal, anarchist, populist, and agrarianist movements. Over time the Revolution...
. He ultimately became President of Mexico
President of Mexico
The President of the United Mexican States is the head of state and government of Mexico. Under the Constitution, the president is also the Supreme Commander of the Mexican armed forces...
following the overthrow of the dictatorial Huerta
Victoriano Huerta
José Victoriano Huerta Márquez was a Mexican military officer and president of Mexico. Huerta's supporters were known as Huertistas during the Mexican Revolution...
regime in the summer of 1914 and during his administration the current constitution of Mexico
Mexico
The United Mexican States , commonly known as Mexico , is a federal constitutional republic in North America. It is bordered on the north by the United States; on the south and west by the Pacific Ocean; on the southeast by Guatemala, Belize, and the Caribbean Sea; and on the east by the Gulf of...
was drafted. He was assassinated near the end of his term of office at the behest of a cabal
Cabal
A cabal is a group of people united in some close design together, usually to promote their private views and/or interests in a church, state, or other community, often by intrigue...
of army generals resentful at his insistence that his successor be a civilian.
Carranza was born in the town of Cuatro Ciénegas
Cuatro Ciénegas
Cuatro Ciénegas is a city in the northern Mexican state of Coahuila. It stands at , at an average elevation of 740 metres above sea level. The city serves as the municipal seat for the surrounding municipality of the same name....
, in the state of Coahuila
Coahuila
Coahuila, formally Coahuila de Zaragoza , officially Estado Libre y Soberano de Coahuila de Zaragoza is one of the 31 states which, with the Federal District, comprise the 32 Federal Entities of Mexico...
, in 1859, to an upper middle-class cattle
Cattle
Cattle are the most common type of large domesticated ungulates. They are a prominent modern member of the subfamily Bovinae, are the most widespread species of the genus Bos, and are most commonly classified collectively as Bos primigenius...
-ranching family.
His father, Jesús Carranza
Jesús Carranza
Jesús Carranza Neira was a Mexican colonel from Cuatro Ciénegas, Coahuila. He helped Benito Juárez and also lent him money.Jesús Carranza was married to María de Jesús Garza and had 15 children; among them was Venustiano Carranza, who later became President of Mexico.The Veracruz town of Jesús...
, had been a rancher and mule-driver until the time of the Reform War
Reform War
The Reform War in Mexico is one of the episodes of the long struggle between Liberal and Conservative forces that dominated the country’s history in the 19th century. The Liberals wanted a federalist government, limiting traditional Catholic Church and military influence in the country...
(1857-1861), in which he fought against the Indians and on the Liberal
Liberalism
Liberalism is the belief in the importance of liberty and equal rights. Liberals espouse a wide array of views depending on their understanding of these principles, but generally, liberals support ideas such as constitutionalism, liberal democracy, free and fair elections, human rights,...
side.

What role did he play during the Mexican Revolution?
More
x