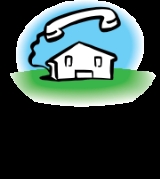 The National Do Not Call Registry is intended to give U.S. consumers an opportunity to limit the telemarketing
Telemarketing
Telemarketing is a method of direct marketing in which a salesperson solicits prospective customers to buy products or services, either over the phone or through a subsequent face to face or Web conferencing appointment scheduled during the call.Telemarketing can also include recorded sales pitches...
calls they receive. To register by telephone (US), consumers may call 1-888-382-1222. The registry was set to begin in 2003, but a court challenge delayed its implementation until 2004. The law provides exceptions to a blanket do-not-call ruling. Separate laws and regulations apply to robocall
Robocall
Robocall is a term for an automated phone call that uses both a computerized autodialer and a computer-delivered pre-recorded message. The implication is that a "robocall" resembles a telephone call from a robot...
s in the United States.

On June 27, 2003, the U.S. Federal Trade Commission
Federal Trade Commission
The Federal Trade Commission is an independent agency of the United States government, established in 1914 by the Federal Trade Commission Act...
(FTC) opened the National Do Not Call Registry in order to comply with the Do-Not-Call Implementation Act of 2003 (Public Law No. 108-10, was H.R. 395 of the 108th Congress, and codified at 15 U.S.C. § 6101 et. seq.), sponsored by Representatives Billy Tauzin
Billy Tauzin
Wilbert Joseph Tauzin II , usually known as Billy Tauzin, American lobbyist and politician of Cajun descent, was President and CEO of PhRMA, a pharmaceutical company lobby group...
and John Dingell
John Dingell
John David Dingell, Jr. is the U.S. Representative for , serving since 1955 . He is a member of the Democratic Party...
and signed into law by President George W. Bush
George W. Bush
George Walker Bush is an American politician who served as the 43rd President of the United States, from 2001 to 2009. Before that, he was the 46th Governor of Texas, having served from 1995 to 2000....
on March 11, 2003. The law established the FTC's National Do Not Call Registry in order to facilitate compliance with the Telephone Consumer Protection Act of 1991
Telephone Consumer Protection Act of 1991
The Telephone Consumer Protection Act of 1991 was passed by the United States Congress in 1991 and signed into law by President George H. W. Bush as Public Law 102-243, amending the Communications Act of 1934. The current version of the statute is found principally at...
.

Registration for the Do-Not-Call list began on June 27, 2003, and enforcement started on October 1, 2003. Since January 1, 2005, telemarketers covered by the registry have up to 31 days (initially the period was 90 days) from the date a number is registered to cease calling that number. Originally, phone numbers remained on the registry for a period of five years, but are now permanent because of the Do-Not-Call Improvement Act of 2007, effective February 2008.

Cell phone numbers need not be included on the registry to avoid unsolicited calls. FCC regulations prohibit telemarketers from calling a cellular phone number with an automatic dialer. In 2005, a rumor began circulating via e-mail that cell phone providers were planning on making their number directories available to telemarketers. The FTC responded by clarifying that cell phones cannot be called by telemarketers. Similarly, fax
Fax
Fax , sometimes called telecopying, is the telephonic transmission of scanned printed material , normally to a telephone number connected to a printer or other output device...
numbers do not need to be included in the registry due to existing federal laws and regulations that prohibit the sending of unsolicited faxes
Junk fax
Junk faxes are a form of telemarketing where unsolicited advertisements are sent via fax transmission. Junk faxes are the faxed equivalent of spam or junk mail...
.

If a person does not want to register a number on the national registry, he or she can still prohibit individual telemarketers from calling by asking the caller to put the called number on the company’s do-not-call list.

The do-not-call list was slated to take effect on October 1, 2003, but two federal district court decisions almost delayed it. One from Oklahoma
Oklahoma
Oklahoma is a state located in the South Central region of the United States of America. With an estimated 3,751,351 residents as of the 2010 census and a land area of 68,667 square miles , Oklahoma is the 28th most populous and 20th-largest state...
was overcome by special legislation giving the FTC specific jurisdiction over the matter. The other from Colorado
Colorado
Colorado is a U.S. state that encompasses much of the Rocky Mountains as well as the northeastern portion of the Colorado Plateau and the western edge of the Great Plains...
revolved around questions of regulation of commercial speech
Commercial speech
Commercial Speech is speech done on behalf of a company or individual for the intent of making a profit. It is economic in nature and usually has the intent of convincing the audience to partake in a particular action, often purchasing a specific product...
and threatened to delay implementation of the list. However, President Bush signed a bill authorizing the no-call list to go ahead in September 2003. Finally, the U.S. Court of Appeals for the 10th Circuit on February 17, 2004, upheld the constitutionality
Constitutionality
Constitutionality is the condition of acting in accordance with an applicable constitution. Acts that are not in accordance with the rules laid down in the constitution are deemed to be ultra vires.-See also:*ultra vires*Company law*Constitutional law...
of the law.

Placing one's number on the National Do Not Call Registry will stop most, but not all, unsolicited calls. The following are exceptions granted by existing laws and regulations - and these types of organizations can register with donotcall.gov and can purchase telephone lists from the Do Not Call Registry

Some attempts have been made by telemarketers to skirt the do-not-call list rules. An example is the Dove Foundation
Dove Foundation
rightThe Dove Foundation is a registered United States tax deductible non-profit organization based in Grand Rapids, Michigan known among other programs for its activities of rating, reviewing and endorsing films and for campaigning against the portrayal of sexual activity and violence in Hollywood...
which places "survey" calls and then requests permission for a follow-up call. The follow-up call is through a for-profit company attempting to sell products. This operation resulted in a restraining order in Missouri in March 2006.

In order to create an actionable complaint pursuant to FCC rules, an individual with a home phone or a personal cell phone is required to specify details of the infraction to the FCC. Typically this includes facts such as when the call occurred, the phone number called, the calling organization, the goods or services being marketed, whether the caller has any exemption status. Details of these rules can be found on the FCC's complaint form.

According to the 2009 Economic Report of the President, prepared by the Council of Economic Advisors,


The program has proved quite popular: as of 2007, according to one survey, 72 percent of Americans had registered on the list, and 77 percent of those say that it made a large difference in the number of telemarketing calls that they receive (another 14 percent
report a small reduction in calls). Another survey, conducted less than a year after the Do Not Call list was implemented, found that people who registered for the list saw a reduction in telemarketing calls from an average of 30 calls per month to an average of 6 per month.