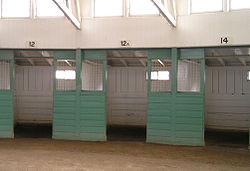 Triskaidekaphobia is fear
Phobia
A phobia is a type of anxiety disorder, usually defined as a persistent fear of an object or situation in which the sufferer commits to great lengths in avoiding, typically disproportional to the actual danger posed, often being recognized as irrational...
of the number ; it is a superstition
Superstition
Superstition is a belief in supernatural causality: that one event leads to the cause of another without any process in the physical world linking the two events....
and related to a specific fear of Friday the 13th
Friday the 13th
Friday the 13th occurs when the thirteenth day of a month falls on a Friday, which superstition holds to be a day of bad luck. In the Gregorian calendar, this day occurs at least once, but at most three times a year...
, called paraskevidekatriaphobia or friggatriskaidekaphobia.

There is a myth that the earliest reference to thirteen being unlucky or evil is from the Babylonian Code of Hammurabi
Code of Hammurabi
The Code of Hammurabi is a well-preserved Babylonian law code, dating to ca. 1780 BC . It is one of the oldest deciphered writings of significant length in the world. The sixth Babylonian king, Hammurabi, enacted the code, and partial copies exist on a human-sized stone stele and various clay...
(circa 1780 BCE), where the thirteenth law is omitted. In fact, the original Code of Hammurabi has no numeration. The translation by L.W. King (1910), edited by Richard Hooker, omitted one article:


If the seller have gone to (his) fate (i. e., have died), the purchaser shall recover damages in said case fivefold from the estate of the seller.

Other translations of the Code of Hammurabi, for example the translation by Robert Francis Harper, include the 13th article.

Some Christian traditions have it that at the Last Supper
Last Supper
The Last Supper is the final meal that, according to Christian belief, Jesus shared with his Twelve Apostles in Jerusalem before his crucifixion. The Last Supper provides the scriptural basis for the Eucharist, also known as "communion" or "the Lord's Supper".The First Epistle to the Corinthians is...
, Judas
Judas Iscariot
Judas Iscariot was, according to the New Testament, one of the twelve disciples of Jesus. He is best known for his betrayal of Jesus to the hands of the chief priests for 30 pieces of silver.-Etymology:...
, the disciple who betrayed Jesus
Jesus
Jesus of Nazareth , commonly referred to as Jesus Christ or simply as Jesus or Christ, is the central figure of Christianity...
, was the 13th to sit at the table. However, the Bible itself says nothing about the order at which the Apostles sat. Also, the number 13 is not uniformly bad in the Judeo-Christian
Judeo-Christian
Judeo-Christian is a term used in the United States since the 1940s to refer to standards of ethics said to be held in common by Judaism and Christianity, for example the Ten Commandments...
tradition. For example, the attributes of God (also called the Thirteen Attributes of Mercy
Thirteen Attributes of Mercy
The Thirteen Attributes of Mercy or Shelosh-'Esreh Middot enumerated in Exodus 34:6-7 are the attributes with which, according to Jewish tradition, God governs the world...
) are enumerated in the Torah (Exodus 34:6–7). Some modern Christian churches also use 13 attributes of God in sermons.

Triskaidekaphobia may have also affected the Vikings—it is believed that Loki
Loki
In Norse mythology, Loki or Loke is a god or jötunn . Loki is the son of Fárbauti and Laufey, and the brother of Helblindi and Býleistr. By the jötunn Angrboða, Loki is the father of Hel, the wolf Fenrir, and the world serpent Jörmungandr. By his wife Sigyn, Loki is the father of Nari or Narfi...
in the Norse pantheon was the 13th god—more specifically, Loki was believed to have engineered the murder of Balder
Balder
Baldr is a god in Norse mythology.In the 12th century, Danish accounts by Saxo Grammaticus and other Danish Latin chroniclers recorded a euhemerized account of his story...
, and was the 13th guest to arrive at the funeral. This is perhaps related to the superstition that if 13 people gather, one of them will die in the following year. Another Norse tradition involves the myth of Norna-Gest
Norna-Gests þáttr
Norna-Gests þáttr or the Story of Norna-Gest is a legendary saga about the Norse hero Norna-Gest.-Summary:Norna-Gest was the son of a Danish man named Thord of Thinghusbit, who once dwelt on the estate of Grøning in Denmark. When he was born, three Norns arrived and had foretold the child's...
: when the uninvited norns
Norns
The Norns in Norse mythology are female beings who rule the destiny of gods and men, a kind of dísir comparable to the Fates in classical mythology....
showed up at his birthday celebration—thus increasing the number of guests from ten to thirteen—the norns cursed the infant by magically binding his lifespan to that of a mystic candle they presented to him.

Ancient Persians believed the twelve constellations in the Zodiac
Zodiac
In astronomy, the zodiac is a circle of twelve 30° divisions of celestial longitude which are centred upon the ecliptic: the apparent path of the Sun across the celestial sphere over the course of the year...
controlled the months of the year, and each ruled the earth for a thousand years at the end of which the sky and earth collapsed in chaos. Therefore, the number is identified with chaos and the reason Persians leave their houses to avoid bad luck on the thirteenth day of the Persian Calendar, a tradition called Sizdah Bedar.

On Friday 13 October 1307, the Knights Templar
Knights Templar
The Poor Fellow-Soldiers of Christ and of the Temple of Solomon , commonly known as the Knights Templar, the Order of the Temple or simply as Templars, were among the most famous of the Western Christian military orders...
were ordered to be arrested by Philip IV of France
Philip IV of France
Philip the Fair was, as Philip IV, King of France from 1285 until his death. He was the husband of Joan I of Navarre, by virtue of which he was, as Philip I, King of Navarre and Count of Champagne from 1284 to 1305.-Youth:A member of the House of Capet, Philip was born at the Palace of...
. A theory has been suggested, in the book Born in Blood: The Lost Secrets of Freemasonry by John J. Robinson
John J. Robinson
John J. Robinson was an American author and historian, best known as the author of Born in Blood: The Lost Secrets of Freemasonry, which was originally intended as a book about the Peasants' Revolt of 1381, but instead traced the fall of the Knights Templar, which he connected to the rise of...
, that the Templars went underground among masons in England and later developed into Freemasons. Because a few of the founding fathers of the United States of America were Freemasons, it is possible that the memory of that day is preserved in the Friday the 13th
Friday the 13th
Friday the 13th occurs when the thirteenth day of a month falls on a Friday, which superstition holds to be a day of bad luck. In the Gregorian calendar, this day occurs at least once, but at most three times a year...
.

In 1881, an influential group of New Yorkers led by U.S. Civil War veteran Captain William Fowler
William Fowler
William Fowler was a Scottish poet, writer, courtier, and translator, active from 1581 to 1612.He was the son of Janet Fockhart and William Fowler, a well connected Edinburgh burgess. He graduated from St Leonard's College, St Andrews in 1578. By 1581 he was in Paris studying civil law...
came together to put an end to this and other superstitions. They formed a dinner cabaret club, which they called the Thirteen Club
The Thirteen Club
In the 1880s, The Thirteen Club was created to debunk the superstition of "13 at a table" being unlucky. This belief states that when 13 people are seated together at a table, one will die within a year. They met on the 13th of the month for a dinner served to 13 people at each table.By 1887, The...
. At the first meeting, on Friday 13 January 1881 at 8:13 p.m., 13 people sat down to dine in room 13 of the venue. The guests walked under a ladder to enter the room and were seated among piles of spilled salt. All of the guests survived. Thirteen Clubs sprang up all over North America for the next 40 years. Their activities were regularly reported in leading newspapers, and their numbers included five future U.S. presidents, from Chester A. Arthur
Chester A. Arthur
Chester Alan Arthur was the 21st President of the United States . Becoming President after the assassination of President James A. Garfield, Arthur struggled to overcome suspicions of his beginnings as a politician from the New York City Republican machine, succeeding at that task by embracing...
to Theodore Roosevelt
Theodore Roosevelt
Theodore "Teddy" Roosevelt was the 26th President of the United States . He is noted for his exuberant personality, range of interests and achievements, and his leadership of the Progressive Movement, as well as his "cowboy" persona and robust masculinity...
. Thirteen Clubs had various imitators, but they all gradually faded from interest as people became less superstitious.

Some French aristocrats would hire themselves out as the fourteenth diner at an event, because it was believed that when thirteen diners sat together, one of them would later die. 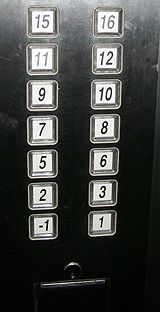