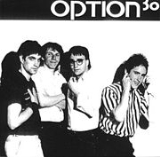 Overview
Michael Trent Reznor is an American multi-instrumentalist
Multi-instrumentalist
A multi-instrumentalist is a musician who plays a number of different instruments.The Bachelor of Music degree usually requires a second instrument to be learned , but people who double on another instrument are not usually seen as multi-instrumentalists.-Classical music:Music written for Symphony...
, composer
Composer
A composer is a person who creates music, either by musical notation or oral tradition, for interpretation and performance, or through direct manipulation of sonic material through electronic media...
, record producer
Record producer
A record producer is an individual working within the music industry, whose job is to oversee and manage the recording of an artist's music...
, and leader of industrial rock
Industrial rock
Industrial rock is a musical genre that fuses industrial music and specific rock subgenres. Industrial rock spawned industrial metal, with which it is often confused...
band Nine Inch Nails
Nine Inch Nails
Nine Inch Nails is an American industrial rock project, founded in 1988 by Trent Reznor in Cleveland, Ohio. As its main producer, singer, songwriter, and instrumentalist, Reznor is the only official member of Nine Inch Nails and remains solely responsible for its direction...
. Reznor is also a member of How to Destroy Angels
How to Destroy Angels (band)
How to Destroy Angels is a musical group featuring Nine Inch Nails front man Trent Reznor, his wife Mariqueen Maandig and Atticus Ross. Rob Sheridan is the group's art director.The group is named after a 1984 Coil single of the same name....
alongside his wife, Mariqueen Maandig
Mariqueen Maandig
Mariqueen Maandig Reznor is a musician and singer of Filipino descent, currently with the band How to Destroy Angels.- Career :Maandig was a vocalist for the band West Indian Girl from 2004 to 2009, performing on the albums West Indian Girl and 4th & Wall...
, and Atticus Ross
Atticus Ross
Atticus Ross is an English musician, composer and producer. Ross, along with Trent Reznor, won the Academy Award for Best Original Score for The Social Network in 2011.-Early career:...
. He was previously associated with bands Option 30
Option 30
Option 30 was a New Wave band from the early 1980s founded by Timothy K. Smith on guitars and vocals, Jim Nordstrom on bass and saxophone, and Todd Nero on drums. The band also featured a young Trent Reznor on keyboards and lead vocals....
, Exotic Birds
Exotic Birds
The Exotic Birds was a synthpop music group formed in Cleveland, Ohio in 1983 by three Cleveland Institute of Music percussion students, Andy Kubiszewski, Tom Freer and Tim Adams. They wrote their own music, and were described as synth pop and dance...
, and Tapeworm
Tapeworm (band)
Tapeworm is a defunct side project of Nine Inch Nails which existed in various forms from 1995 to roughly 2004. Tapeworm never released any recordings, but was frequently referenced in interviews. The band started as a side-project between Nine Inch Nails frontman Trent Reznor and live-band...
, among others. Reznor left Interscope Records
Interscope Records
Interscope Records is an American record label owned by Universal Music Group that currently operates as one third of UMG's Interscope-Geffen-A&M label group.-History:...
in 2007, and is now an independent musician.

Reznor began creating music early in his life, and cites his Western Pennsylvania
Western Pennsylvania
Western Pennsylvania consists of the western third of the state of Pennsylvania in the United States. Pittsburgh is the largest city in the region, with a metropolitan area population of about 2.4 million people, and serves as its economic and cultural center. Erie, Altoona, and Johnstown are its...
childhood as an early influence. After being involved with a number of synthesizer-based bands in the mid-80s, Reznor gained employment at Right Track Studios in Cleveland, Ohio
Cleveland, Ohio
Cleveland is a city in the U.S. state of Ohio and is the county seat of Cuyahoga County, the most populous county in the state. The city is located in northeastern Ohio on the southern shore of Lake Erie, approximately west of the Pennsylvania border...
and began creating his own music during the studio's closing hours under the moniker Nine Inch Nails.