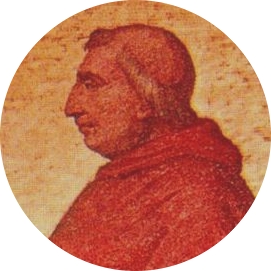 The bull was written in response to the request of Dominican
Dominican Order
The Order of Preachers , after the 15th century more commonly known as the Dominican Order or Dominicans, is a Catholic religious order founded by Saint Dominic and approved by Pope Honorius III on 22 December 1216 in France...
Inquisitor
Inquisition
The Inquisition, Inquisitio Haereticae Pravitatis , was the "fight against heretics" by several institutions within the justice-system of the Roman Catholic Church. It started in the 12th century, with the introduction of torture in the persecution of heresy...
Heinrich Kramer
Heinrich Kramer
Heinrich Kramer also known under the Latinized name Henricus Institoris, was a German churchman and inquisitor....
for explicit authority to prosecute witchcraft in Germany, after he was refused assistance by the local ecclesiastical authorities.

The bull recognized the existence of witches:


"many persons of both sexes, unmindful of their own salvation and straying from the Catholic Faith, have abandoned themselves to devils, incubi and succubi, and by their incantations, spells, conjurations, and other accursed charms and crafts, enormities and horrid offences, have slain infants yet in the mother's womb, as also the offspring of cattle, have blasted the produce of the earth, the grapes of the vine, the fruits of the trees, nay, men and women, beasts of burthen, herd-beasts, as well as animals of other kinds, vineyards, orchards, meadows, pasture-land, corn, wheat, and all other cereals; these wretches furthermore afflict and torment men and women, beasts of burthen, herd-beasts, as well as animals of other kinds, with terrible and piteous pains and sore diseases, both internal and external; they hinder men from performing the sexual act and women from conceiving, whence husbands cannot know their wives nor wives receive their husbands; over and above this, they blasphemously renounce that Faith which is theirs by the Sacrament of Baptism, and at the instigation of the Enemy of Mankind they do not shrink from committing and perpetrating the foulest abominations and filthiest excesses to the deadly peril of their own souls, whereby they outrage the Divine Majesty and are a cause of scandal and danger to very many (...) the abominations and enormities in question remain unpunished not without open danger to the souls of many and peril of eternal damnation."

and gave full papal approval for the Inquisition to proceed "correcting, imprisoning, punishing and chastising" such persons "according to their deserts." The bull essentially repeated Kramer's view that an outbreak of witchcraft
Witchcraft
Witchcraft, in historical, anthropological, religious, and mythological contexts, is the alleged use of supernatural or magical powers. A witch is a practitioner of witchcraft...
and heresy
Heresy
Heresy is a controversial or novel change to a system of beliefs, especially a religion, that conflicts with established dogma. It is distinct from apostasy, which is the formal denunciation of one's religion, principles or cause, and blasphemy, which is irreverence toward religion...
had occurred in the Rhine River valley, specifically in the bishoprics of Mainz
Mainz
Mainz under the Holy Roman Empire, and previously was a Roman fort city which commanded the west bank of the Rhine and formed part of the northernmost frontier of the Roman Empire...
, Cologne
Cologne
Cologne is Germany's fourth-largest city , and is the largest city both in the Germany Federal State of North Rhine-Westphalia and within the Rhine-Ruhr Metropolitan Area, one of the major European metropolitan areas with more than ten million inhabitants.Cologne is located on both sides of the...
, Trier
Trier
Trier, historically called in English Treves is a city in Germany on the banks of the Moselle. It is the oldest city in Germany, founded in or before 16 BC....
, Salzburg
Salzburg
-Population development:In 1935, the population significantly increased when Salzburg absorbed adjacent municipalities. After World War II, numerous refugees found a new home in the city. New residential space was created for American soldiers of the postwar Occupation, and could be used for...
and Bremen
Bremen
The City Municipality of Bremen is a Hanseatic city in northwestern Germany. A commercial and industrial city with a major port on the river Weser, Bremen is part of the Bremen-Oldenburg metropolitan area . Bremen is the second most populous city in North Germany and tenth in Germany.Bremen is...
, including accusations of certain acts.

The bull, which synthesized the spiritual and the secular crimes of witchcraft, is often viewed as opening the door for the witchhunts of the early modern period. However, its similarities to previous papal documents, emphasis on preaching, and lack of dogmatic pronouncement
Dogma
Dogma is the established belief or doctrine held by a religion, or a particular group or organization. It is authoritative and not to be disputed, doubted, or diverged from, by the practitioners or believers...
complicate this view. The Catholic Encyclopedia
Catholic Encyclopedia
The Catholic Encyclopedia, also referred to as the Old Catholic Encyclopedia and the Original Catholic Encyclopedia, is an English-language encyclopedia published in the United States. The first volume appeared in March 1907 and the last three volumes appeared in 1912, followed by a master index...
dismisses the importance attached to the encyclical in the context of the ensuing witch hunts as "altogether illusory".

Some scholars view the bull as "clearly political", motivated by jurisdictional disputes between the local German Catholic priests and those of the Inquisition who answered more directly to the pope.