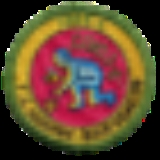 Encyclopedia
Soyuz 5 was a Soyuz
Soyuz spacecraft
Soyuz , Union) is a series of spacecraft initially designed for the Soviet space programme by the Korolyov Design Bureau in the 1960s, and still in service today...
mission using the Soyuz 7K-OK
Soyuz 7K-OK
The manned Soyuz spacecraft can be classified into design generations. Soyuz 1 through Soyuz 11 were first-generation vehicles, carrying a crew of up to three without spacesuits and distinguished from those following by their bent solar panels and their use of the Igla automatic docking navigation...
spacecraft
Spacecraft
A spacecraft or spaceship is a craft or machine designed for spaceflight. Spacecraft are used for a variety of purposes, including communications, earth observation, meteorology, navigation, planetary exploration and transportation of humans and cargo....
launched by the Soviet Union
Soviet Union
The Soviet Union , officially the Union of Soviet Socialist Republics , was a constitutionally socialist state that existed in Eurasia between 1922 and 1991....
on January 15, 1969, which docked with Soyuz 4
Soyuz 4
Soyuz 4 was launched on January 14, 1969. On board the Soyuz 7K-OK spacecraft was cosmonaut Vladimir Shatalov on his first flight. The aim of the mission was to dock with Soyuz 5, transfer two crew members from that spacecraft, and return to Earth...
in orbit. It was the first-ever docking of two manned spacecraft of any nation, and the first-ever transfer of crew from one space vehicle to another of any nation, the only time a transfer was accomplished with a space walk.

The flight was also memorable for its dramatic re-entry. The craft's service module did not separate, so it entered the atmosphere nose-first, leaving cosmonaut Boris Volynov
Boris Volynov
Boris Valentinovich Volynov is a Soviet cosmonaut who flew two space missions of the Soyuz programme: Soyuz 5, and Soyuz 21. He was the first Jewish cosmonaut.-Biography:...
hanging by his restraining straps. As the craft aerobraked, the atmosphere burned through the module. But the craft righted itself before the escape hatch was burned through. Then, the parachute lines tangled and the landing rockets failed, resulting in a hard landing which broke Volynov's teeth.

Soyuz 5 was piloted by Commander Boris Volynov
Boris Volynov
Boris Valentinovich Volynov is a Soviet cosmonaut who flew two space missions of the Soyuz programme: Soyuz 5, and Soyuz 21. He was the first Jewish cosmonaut.-Biography:...
and carried flight engineers Aleksei Yeliseyev
Aleksei Yeliseyev
Aleksei Stanislavovich Yeliseyev is a retired Soviet cosmonaut who flew on three missions in the Soyuz programme as a flight engineer: Soyuz 5, Soyuz 8, and Soyuz 10....
and Yevgeny Khrunov
Yevgeny Khrunov
Yevgeni Vassilyevich Khrunov was a Soviet cosmonaut who flew on the Soyuz 5/Soyuz 4 mission.He was born in Prudy.Yevgeni Khrunov was a colonel, Hero of the Soviet Union and Kandidat of Technical Sciences ....
as crew to be transferred to the Soyuz 4 for reentry. The mission plan contained scientific, technical, and medical-biological research, testing of spacecraft systems and design elements, docking of piloted spacecraft, and transfer of cosmonauts from one craft to another in orbit.

Volynov remained behind on Soyuz 5, and returned to Earth in a remarkable re-entry. The service module of the Soyuz failed to separate after retrofire, but by that point it was too late to abort. While this had occurred on various Vostok
Vostok programme
The Vostok programme was a Soviet human spaceflight project that succeeded in putting a person into Earth's orbit for the first time. The programme developed the Vostok spacecraft from the Zenit spy satellite project and adapted the Vostok rocket from an existing ICBM design...
and Voskhod
Voskhod programme
The Voskhod programme was the second Soviet human spaceflight project. Two manned missions were flown using the Voskhod spacecraft and rocket, one in 1964 and one in 1965....
flights, it was a much more serious problem for Volynov, as the Soyuz service module was much larger than the small retropack the earlier vehicles employed.

When the Soyuz started aerobraking
Aerobraking
Aerobraking is a spaceflight maneuver that reduces the high point of an elliptical orbit by flying the vehicle through the atmosphere at the low point of the orbit . The resulting drag slows the spacecraft...
in the upper reaches of the atmosphere, the combined spacecraft sought the most aerodynamically stable position - nose forward, with the heavy descent module facing directly into the air stream with only its light metal entry hatch at the front to protect it. The gaskets sealing the hatch began to burn, filling the compartment with dangerous fumes. The deceleration, while normal for reentry, pulled Volynov outward against his harness rather than against the padded seat. Fortunately, as the thermal and aerodynamic stresses on the combined craft increased, struts between the descent and service modules broke off or burned through before the hatch failed. The descent module immediately righted itself once the service module was gone, with the heat shield
Heat shield
A heat shield is designed to shield a substance from absorbing excessive heat from an outside source by either dissipating, reflecting or simply absorbing the heat...
forward to take the brunt of re-entry.

There was one final problem in store for Volynov when the parachute cables partially tangled and the soft-landing rockets failed, resulting in a hard impact which broke his teeth. The capsule came down in the Ural Mountains
Ural Mountains
The Ural Mountains , or simply the Urals, are a mountain range that runs approximately from north to south through western Russia, from the coast of the Arctic Ocean to the Ural River and northwestern Kazakhstan. Their eastern side is usually considered the natural boundary between Europe and Asia...
2 kilometres (1.2 mi) southwest of Kustani, near Orenburg, Russia, far short of its target landing site in Kazakhstan
Kazakhstan
Kazakhstan , officially the Republic of Kazakhstan, is a transcontinental country in Central Asia and Eastern Europe. Ranked as the ninth largest country in the world, it is also the world's largest landlocked country; its territory of is greater than Western Europe...
. The local temperature was -38 °C, and knowing that it would be many hours before rescue teams could reach him, Volynov abandoned the capsule and walked for several kilometers to find shelter at a local peasant's house. It would be seven years until Volynov flew again, on Soyuz 21
Soyuz 21
Soyuz 21 was a 1976 Soviet manned mission to the Salyut 5 space station, the first of three flights to the station. The mission's objectives were mainly military in scope, but included other scientific work. The mission ended abruptly with cosmonauts Boris Volynov and Vitaly Zholobov returning to...
.

A similar incident occurred decades later with Soyuz TMA-11
Soyuz TMA-11
Soyuz TMA-11 was a human spaceflight mission using a Soyuz-TMA spacecraft to transport personnel to and from the International Space Station . The mission began at 13:22 UTC on October 10, 2007 when the spacecraft was launched from the Baikonur Cosmodrome by a Soyuz FG launch vehicle...
, though the latter's landing was not as rough.

The mission had EVA
Extra-vehicular activity
Extra-vehicular activity is work done by an astronaut away from the Earth, and outside of a spacecraft. The term most commonly applies to an EVA made outside a craft orbiting Earth , but also applies to an EVA made on the surface of the Moon...
objectives similar to those planned for Apollo 9
Apollo 9
Apollo 9, the third manned mission in the American Apollo space program, was the first flight of the Command/Service Module with the Lunar Module...
. Soyuz 4 launched first, and was the active vehicle in the docking with Soyuz 5. The news agency TASS stated that: "there was a mutual mechanical coupling of the ships . . . and their electrical circuits were connected. Thus, the world’s first experimental cosmic station with four compartments for the crew was assembled and began functioning."

Moscow TV carried the cosmonauts' EVA preparations live. Khrunov and Yeliseyev put on their Yastreb
Yastreb
Yastreb is a Russian space suit that was specially developed for early Soyuz space vehicle missions and for EVA. This model of space suit allowed the cosmonaut to spacewalk from the orbital module of Soyuz....
("hawk") suits in the Soyuz 5 orbital module with aid from Commander Boris Volynov. Yastreb suit design commenced in 1965, shortly after Alexei Leonov's difficult EVA. Leonov served as consultant for the design process, which was complete during 1966. Suit fabrication and testing occurred in 1967, but the Soyuz 1
Soyuz 1
Soyuz 1 was a manned spaceflight of the Soviet space program. Launched into orbit on April 23, 1967 carrying cosmonaut Colonel Vladimir Komarov, Soyuz 1 was the first flight of the Soyuz spacecraft...
accident in April of that year and Soyuz docking difficulties on the Soyuz 2
Soyuz 2
Soyuz 2 was an unpiloted spacecraft in the Soyuz family intended to perform a docking maneuver with Soyuz 3. Although the two craft approached closely, the docking did not take place.-Other uses of name:...
and Soyuz 3
Soyuz 3
Soyuz 3 was a spaceflight mission launched by the Soviet Union on October 26, 1968. For four consecutive days, Commander Georgy Beregovoy piloted the Soyuz 7K-OK spacecraft through eighty-one orbits of Earth.-Crew:-Backup crew:...
missions delayed their use in space until Soyuz 4
Soyuz 4
Soyuz 4 was launched on January 14, 1969. On board the Soyuz 7K-OK spacecraft was cosmonaut Vladimir Shatalov on his first flight. The aim of the mission was to dock with Soyuz 5, transfer two crew members from that spacecraft, and return to Earth...
-Soyuz 5. To prevent the suit ballooning, Yastreb used a pulley-and-cable articulation system. Wide metal rings around the gray nylon canvas undersuit's upper arms served as anchors for the upper body articulation system. Yastreb had a regenerative life support system in a rectangular white metal box placed on the chest and abdomen to facilitate movement through Soyuz hatchways.

Volynov checked out Khrunov and Yeliseyev’s life support and communications systems before returning to the descent module, sealing the hatch, and depressurizing the orbital module. Khrunov went out first, transferring to the Soyuz 4 orbital module while the docked spacecraft were out of radio contact with the Soviet Union over South America. Yeliseyev transferred while the spacecraft were over the Soviet Union. They closed the Soyuz 4 orbital module hatch behind them, then Soyuz 4 Commander Vladimir Shatalov repressurized the orbital module and entered to help Khrunov and Yeliseyev get out of their suits. The spacewalkers delivered newspapers, letters, and telegrams printed after Shatalov lifted off to help prove that the transfer took place. Soyuz 4 and 5 separated after only 4 h 35 min together.