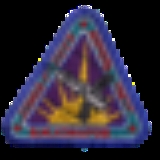 Encyclopedia
Soyuz 2 was an unpiloted spacecraft
Spacecraft
A spacecraft or spaceship is a craft or machine designed for spaceflight. Spacecraft are used for a variety of purposes, including communications, earth observation, meteorology, navigation, planetary exploration and transportation of humans and cargo....
in the Soyuz
Soyuz spacecraft
Soyuz , Union) is a series of spacecraft initially designed for the Soviet space programme by the Korolyov Design Bureau in the 1960s, and still in service today...
family intended to perform a docking maneuver with Soyuz 3
Soyuz 3
Soyuz 3 was a spaceflight mission launched by the Soviet Union on October 26, 1968. For four consecutive days, Commander Georgy Beregovoy piloted the Soyuz 7K-OK spacecraft through eighty-one orbits of Earth.-Crew:-Backup crew:...
. Although the two craft approached closely, the docking did not take place.


Other uses of name