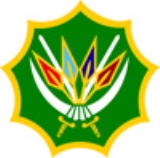 As of 2004, the integration process was considered complete, with the integrated personnel having been incorporated into a slightly modified structure very similar to that of the SADF, with the latter's structure and equipment for the most part being retained.

Due to integration problems, financial constraints, and other issues, the U.S. government is not alone when its diplomats considered in 2005 that the South African military was 'rapidly crumbling.'

Four armed services make up the forces of the SANDF:

Recent peacekeeping actions by the South African military include an invasion of Lesotho
South African intervention in Lesotho
The 1998 military intervention in Lesotho, codenamed Operation Boleas, was a military invasion launched in the name of the Southern African Development Community , and led by South Africa through its South African National Defence Force . Troops from Botsawana were supposed to join SANDF forces...
in order to restore the democratically-elected government after a coup, as well as extensive contributions to United Nations
United Nations
The United Nations is an international organization whose stated aims are facilitating cooperation in international law, international security, economic development, social progress, human rights, and achievement of world peace...
and African Union
African Union
The African Union is a union consisting of 54 African states. The only all-African state not in the AU is Morocco. Established on 9 July 2002, the AU was formed as a successor to the Organisation of African Unity...
peacekeeping operations in the Democratic Republic of the Congo
Democratic Republic of the Congo
The Democratic Republic of the Congo is a state located in Central Africa. It is the second largest country in Africa by area and the eleventh largest in the world...
and Burundi
Burundi
Burundi , officially the Republic of Burundi , is a landlocked country in the Great Lakes region of Eastern Africa bordered by Rwanda to the north, Tanzania to the east and south, and the Democratic Republic of the Congo to the west. Its capital is Bujumbura...
. An operation to Sudan
Sudan
Sudan , officially the Republic of the Sudan , is a country in North Africa, sometimes considered part of the Middle East politically. It is bordered by Egypt to the north, the Red Sea to the northeast, Eritrea and Ethiopia to the east, South Sudan to the south, the Central African Republic to the...
has just recently been started and is scheduled to be increased to Brigade
Brigade
A brigade is a major tactical military formation that is typically composed of two to five battalions, plus supporting elements depending on the era and nationality of a given army and could be perceived as an enlarged/reinforced regiment...
strength in the next few months.

Recently a large-scale programme was launched to re-equip the SANDF with warship
Warship
A warship is a ship that is built and primarily intended for combat. Warships are usually built in a completely different way from merchant ships. As well as being armed, warships are designed to withstand damage and are usually faster and more maneuvrable than merchant ships...
s and submarine
Submarine
A submarine is a watercraft capable of independent operation below the surface of the water. It differs from a submersible, which has more limited underwater capability...
s being purchased in Germany
Germany
Germany , officially the Federal Republic of Germany , is a federal parliamentary republic in Europe. The country consists of 16 states while the capital and largest city is Berlin. Germany covers an area of 357,021 km2 and has a largely temperate seasonal climate...
and fighter jets being purchased in Sweden
Sweden
Sweden , officially the Kingdom of Sweden , is a Nordic country on the Scandinavian Peninsula in Northern Europe. Sweden borders with Norway and Finland and is connected to Denmark by a bridge-tunnel across the Öresund....
and the United Kingdom
United Kingdom
The United Kingdom of Great Britain and Northern IrelandIn the United Kingdom and Dependencies, other languages have been officially recognised as legitimate autochthonous languages under the European Charter for Regional or Minority Languages...
. This has been controversial due to the great cost and reports of corruption in the awarding of contracts.

Issues that face the SANDF include a severe shortage of pilots and naval combat officers, due to the replacement of white officers from the former SADF with appointments from the old liberation forces, none of which ever had any aviation or maritime components. The loss of trained personnel and the decommissioning of much needed equipment due to funding issues, high HIV-rates amongst personnel and the fact that SANDF infantry soldiers are some of the oldest in the world, all raise questions regarding the current fighting efficiency of the SANDF. Some of these issues are being addressed with the introduction of the Military Skills Development
Military Skills Development
The Military Skills Development program is a South African project whose aim it is to improve the mission readiness of the South African Army, Airforce, Navy and Medical Service...
(MSD) programme, as well as aggressive recruitment and training by the Reserve Force Regiments. Funding shortages also cause problems.