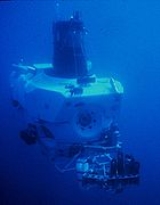 What is the oldest sub still used in the us military force?
More

Has anyone built their own private sub?

1912    In Groton, Connecticut, the first diesel-powered submarine is commissioned.

1915    World War I: German submarine {{SMU|U-20}} sinks {{RMS|Lusitania}}, killing 1,198 people including 128 Americans. Public reaction to the sinking turns many formerly pro-Germans in the United States against the German Empire.

1917    World War I: The United States breaks off diplomatic relations with Germany a day after the latter announced a new policy of unrestricted submarine warfare.

1918    A series of accidental collisions on a misty Scottish night leads to the loss of two Royal Navy submarines with over a hundred lives, and damage to another five British warships.

1939    The U.S. Navy submarine USS ''Squalus'' sinks off the coast of New Hampshire during a test dive, causing the death of 24 sailors and two civilian technicians. The remaining 32 sailors and one civilian naval architect are rescued the following day.