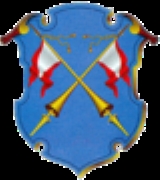 Sortavala is a town in the Republic of Karelia
Republic of Karelia
The Republic of Karelia is a federal subject of Russia .-Geography:The republic is located in the northwestern part of Russia, taking intervening position between the basins of White and Baltic seas...
, Russia
Russia
Russia or , officially known as both Russia and the Russian Federation , is a country in northern Eurasia. It is a federal semi-presidential republic, comprising 83 federal subjects...
, located at the northern tip of Lake Ladoga
Lake Ladoga
Lake Ladoga is a freshwater lake located in the Republic of Karelia and Leningrad Oblast in northwestern Russia, not far from Saint Petersburg. It is the largest lake in Europe, and the 14th largest lake by area in the world.-Geography:...
. Population:

It is an important station of the Vyborg-Joensuu railroad.

The district of Sortavala was first recorded in Swedish documents dating to 1468. Russian documents first mention it as "Serdovol" or "Serdobol" in 1500. It is disputed which name was the earliest. The settlement of Sortavala was attested in 1582. It was ceded to Sweden
Sweden
Sweden , officially the Kingdom of Sweden , is a Nordic country on the Scandinavian Peninsula in Northern Europe. Sweden borders with Norway and Finland and is connected to Denmark by a bridge-tunnel across the Öresund....
after the Ingrian War
Ingrian War
The Ingrian War between Sweden and Russia, which lasted between 1610 and 1617 and can be seen as part of Russia's Time of Troubles, is mainly remembered for the attempt to put a Swedish duke on the Russian throne...
; the modern town seems to have been founded in 1632.

With the 1721 Treaty of Nystad
Treaty of Nystad
The Treaty of Nystad was the last peace treaty of the Great Northern War. It was concluded between the Tsardom of Russia and Swedish Empire on 30 August / 10 September 1721 in the then Swedish town of Nystad , after Sweden had settled with the other parties in Stockholm and Frederiksborg.During...
, the settlement was joined to Russia along with the rest of Old Finland
Old Finland
thumb|right|260px|The areas that Sweden lost to Russia in the wars of 1721 and 1743Old Finland is a name used for the areas that Russia gained from Sweden in the Great Northern War and in the Russo-Swedish War...
and was given the Russian name Serdobol. It became known for its marble and granite quarries which provided materials necessary for construction of imperial palaces in Saint Petersburg
Saint Petersburg
Saint Petersburg is a city and a federal subject of Russia located on the Neva River at the head of the Gulf of Finland on the Baltic Sea...
and the neighbourhood
Ruskeala
Ruskeala is a rural locality under the administrative jurisdiction of the town of Sortavala in the Republic of Karelia, Russia....
. In 1812, along with the rest of Viipuri province
Viipuri Province
The Viipuri Province was a province of independent Finland from 1917 to 1947 but had already been founded in 1743.-History:The province was established in 1743 by separating the city of Viipuri and territories ceded from the Swedish Empire to Russia by the Treaty of Nystad in 1721, from the Saint...
, it was joined to the newly formed Grand Duchy of Finland
Grand Duchy of Finland
The Grand Duchy of Finland was the predecessor state of modern Finland. It existed 1809–1917 as part of the Russian Empire and was ruled by the Russian czar as Grand Prince.- History :...
.

In 1917, the town remained a part of independent Finland
Finland
Finland , officially the Republic of Finland, is a Nordic country situated in the Fennoscandian region of Northern Europe. It is bordered by Sweden in the west, Norway in the north and Russia in the east, while Estonia lies to its south across the Gulf of Finland.Around 5.4 million people reside...
. It suffered extensively from mass Soviet bombardment during the Winter War
Winter War
The Winter War was a military conflict between the Soviet Union and Finland. It began with a Soviet offensive on 30 November 1939 – three months after the start of World War II and the Soviet invasion of Poland – and ended on 13 March 1940 with the Moscow Peace Treaty...
, and through the Moscow Peace Treaty Finland was forced to cede the town to the Soviet Union
Soviet Union
The Soviet Union , officially the Union of Soviet Socialist Republics , was a constitutionally socialist state that existed in Eurasia between 1922 and 1991....
. All of the population of the town was evacuated for the first time. Like the rest of Finnish Karelia, Sortavala was retaken by Finland during 1941–1944 (the period of the Continuation War
Continuation War
The Continuation War was the second of two wars fought between Finland and the Soviet Union during World War II.At the time of the war, the Finnish side used the name to make clear its perceived relationship to the preceding Winter War...
) and most evaquees returned to rebuild their homes. However, after the armistice of 1944 the Finns were evacuated again and the town was ceded back empty of population. After the war the city was resettled by the Slavic population.

Until 1940, the Ladoga shore southwest of Sortavala had been one of the very few relatively densely populated areas north of the Karelian Isthmus
Karelian Isthmus
The Karelian Isthmus is the approximately 45–110 km wide stretch of land, situated between the Gulf of Finland and Lake Ladoga in northwestern Russia, to the north of the River Neva . Its northwestern boundary is the relatively narrow area between the Bay of Vyborg and Lake Ladoga...
populated by Karelians
Karelians
The Karelians are a Baltic-Finnic ethnic group living mostly in the Republic of Karelia and in other north-western parts of the Russian Federation. The historic homeland of Karelians includes also parts of present-day Eastern Finland and the formerly Finnish territory of Ladoga Karelia...
.