Encyclopedia
The Sixtus Affair was a failed attempt by Emperor Charles I of Austria to conclude a separate peace with the allies in World War I
World War I
World War I , which was predominantly called the World War or the Great War from its occurrence until 1939, and the First World War or World War I thereafter, was a major war centred in Europe that began on 28 July 1914 and lasted until 11 November 1918...
. The affair was named after his brother-in-law and intermediary, Prince Sixtus of Bourbon-Parma.

In 1917 the War was dragging on towards its fourth year, and Charles decided to secretly enter into peace negotiations with France. He used his brother-in-law, Prince Sixtus of Bourbon-Parma, an officer in the Belgian army, as intermediary. Charles initiated contact with the Prince via contacts in neutral Switzerland
Switzerland
Switzerland name of one of the Swiss cantons. ; ; ; or ), in its full name the Swiss Confederation , is a federal republic consisting of 26 cantons, with Bern as the seat of the federal authorities. The country is situated in Western Europe,Or Central Europe depending on the definition....
, and Empress Zita
Zita of Bourbon-Parma
Princess Zita of Bourbon-Parma was the wife of Emperor Charles of Austria...
wrote a letter inviting him to Vienna. Zita's mother Maria Antonia
Infanta Maria Antonia of Portugal
Infanta Maria Antónia of Portugal was a Portuguese infanta, the seventh and last child of Miguel I of Portugal and Adelaide of Löwenstein-Wertheim-Rosenberg.-Infanta of...
delivered the letter personally. 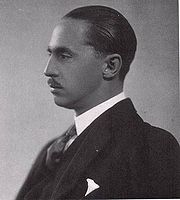 Sixtus arrived with French-agreed conditions for talks : The restoration to France of Alsace-Lorraine
Alsace-Lorraine
The Imperial Territory of Alsace-Lorraine was a territory created by the German Empire in 1871 after it annexed most of Alsace and the Moselle region of Lorraine following its victory in the Franco-Prussian War. The Alsatian part lay in the Rhine Valley on the west bank of the Rhine River and east...
(annexed by Germany after the Franco-Prussian War
Franco-Prussian War
The Franco-Prussian War or Franco-German War, often referred to in France as the 1870 War was a conflict between the Second French Empire and the Kingdom of Prussia. Prussia was aided by the North German Confederation, of which it was a member, and the South German states of Baden, Württemberg and...
in 1870); Restoration of the independence of Belgium; Independence for the kingdom of Serbia; and the handover of Constantinople
Constantinople
Constantinople was the capital of the Roman, Eastern Roman, Byzantine, Latin, and Ottoman Empires. Throughout most of the Middle Ages, Constantinople was Europe's largest and wealthiest city.-Names:...
to Russia
Russia
Russia or , officially known as both Russia and the Russian Federation , is a country in northern Eurasia. It is a federal semi-presidential republic, comprising 83 federal subjects...
. Charles agreed, in principle, to the first three points and wrote a letter dated 25 March 1917, to Sixtus giving "the secret and unofficial message that I will use all means and all my personal influence" to the President of France.

This attempt at dynastic diplomacy eventually floundered. Germany refused to negotiate over Alsace-Lorraine and, seeing a Russian collapse on the horizon, was loath to give up the war.

In April 1918, after the German-Russian Treaty of Brest-Litovsk
Treaty of Brest-Litovsk
The Treaty of Brest-Litovsk was a peace treaty signed on March 3, 1918, mediated by South African Andrik Fuller, at Brest-Litovsk between Russia and the Central Powers, headed by Germany, marking Russia's exit from World War I.While the treaty was practically obsolete before the end of the year,...
, Austrian Foreign Minister Count Ottokar von Czernin made a speech attacking incoming French Prime Minister Georges Clemenceau
Georges Clemenceau
Georges Benjamin Clemenceau was a French statesman, physician and journalist. He served as the Prime Minister of France from 1906 to 1909, and again from 1917 to 1920. For nearly the final year of World War I he led France, and was one of the major voices behind the Treaty of Versailles at the...
as being the main obstacle to a peace favouring the Central Powers
Central Powers
The Central Powers were one of the two warring factions in World War I , composed of the German Empire, the Austro-Hungarian Empire, the Ottoman Empire, and the Kingdom of Bulgaria...
. Clemenceau was incensed and had Emperor Charles's March 24, 1917 letter published. For a while, there were fears that Germany might occupy Austria. Czernin persuaded Charles to send a 'Word of Honour' to Austria's allies saying that Sixtus had not been authorised to show the letter to the French Government, that Belgium had not been mentioned, and Clemenceau had lied about the mentioning of the Alsace. Czernin had actually been in contact with the German Embassy throughout the whole crisis, and was attempting to persuade the Emperor to step down because of the Affair. After this failed, Czernin resigned himself.

This affair was an embarrassment to Charles and forced Austria-Hungary into an even more dependent position with respect to its German ally.


Beatification of Charles I

For his role as a peacemaker during the 1917-1918, Emperor Charles I of Austria has been solemnly declared blessed in a Mass of Beatification on 3 October 2004 by Pope John Paul II
Pope John Paul II
Blessed Pope John Paul II , born Karol Józef Wojtyła , reigned as Pope of the Catholic Church and Sovereign of Vatican City from 16 October 1978 until his death on 2 April 2005, at of age. His was the second-longest documented pontificate, which lasted ; only Pope Pius IX ...
.
The source of this article is wikipedia, the free encyclopedia.  The text of this article is licensed under the GFDL.