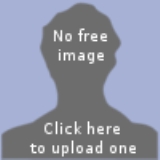 Encyclopedia
Salvatore Ferragamo was a Florentine
Florence
Florence is the capital city of the Italian region of Tuscany and of the province of Florence. It is the most populous city in Tuscany, with approximately 370,000 inhabitants, expanding to over 1.5 million in the metropolitan area....
and Italian shoe designer. He worked with many Hollywood stars in the 1920s, before returning to Italy to found the eponymous company
Salvatore Ferragamo Italia S.p.A.
Salvatore Ferragamo Italia S.p.A. is an Italian luxury goods company, with headquarters in Florence, specializing in shoes, leather goods, and ready-to-wear for men and women. It is the parent company of the Ferragamo Group...
making unique hand-made footwear. His scientific and creative approach to shoes spawned many innovations such as the wedge heel and cage heel. Film stars and celebrities continue to patronize his company, which has evolved into a luxury good
Luxury good
Luxury goods are products and services that are not considered essential and associated with affluence.The concept of luxury has been present in various forms since the beginning of civilization. Its role was just as important in ancient western and eastern empires as it is in modern societies...
s empire spanning the world.

Salvatore Ferragamo was born in 1898 in Bonito, near Avellino
Avellino
Avellino is a town and comune, capital of the province of Avellino in the Campania region of southern Italy. It is situated in a plain surrounded by mountains 42 km north-east of Naples and is an important hub on the road from Salerno to Benevento.-History:Before the Roman conquest, the...
, the eleventh of 14 children. After making his first pair of shoes at age nine, for his sisters to wear at their confirmation, young Salvatore decided that he had found his calling. He always had a passion for shoes. After studying shoemaking
Shoemaking
Shoemaking is the process of making footwear. Originally, shoes were made one at a time by hand. Traditional handicraft shoemaking has now been largely superseded in volume of shoes produced by industrial mass production of footwear, but not necessarily in quality, attention to detail, or...
in Naples for a year, Ferragamo opened a small store based in his parent's home. In 1914, he emigrated to Boston, where one of his brothers worked in a cowboy boot factory.

After a brief stint at the factory, Ferragamo convinced his brothers to move to California, first Santa Barbara
Santa Barbara, California
Santa Barbara is the county seat of Santa Barbara County, California, United States. Situated on an east-west trending section of coastline, the longest such section on the West Coast of the United States, the city lies between the steeply-rising Santa Ynez Mountains and the Pacific Ocean...
then Hollywood. It was here that Ferragamo found success, initially opening a shop for repair and made-to-measure shoes, which soon became prized items among celebrities of the day, leading to a long period of designing footwear for the cinema. However, his thriving reputation as 'Shoemaker to the Stars' only partially satisfied him. He could not fathom why his shoes pleased the eye yet hurt the foot, so he proceeded to study anatomy
Anatomy
Anatomy is a branch of biology and medicine that is the consideration of the structure of living things. It is a general term that includes human anatomy, animal anatomy , and plant anatomy...
at the University of Southern California
University of Southern California
The University of Southern California is a private, not-for-profit, nonsectarian, research university located in Los Angeles, California, United States. USC was founded in 1880, making it California's oldest private research university...
.

After spending thirteen years in the United States
United States
The United States of America is a federal constitutional republic comprising fifty states and a federal district...
, Ferragamo returned to Italy in 1927, this time settling in Florence
Florence
Florence is the capital city of the Italian region of Tuscany and of the province of Florence. It is the most populous city in Tuscany, with approximately 370,000 inhabitants, expanding to over 1.5 million in the metropolitan area....
. He began to fashion shoes for the wealthiest and most powerful women of the century, from the Maharani of Cooch Behar
Indira of Baroda
Indira Raje of Baroda , later the Maharani of Cooch Behar, and later Her Highness the Maharani Sahiba after her son's succession, was the consort of Maharaja Jitendra of Cooch Behar and a princess of Baroda in her own right...
to Eva Peron
Eva Perón
María Eva Duarte de Perón was the second wife of President Juan Perón and served as the First Lady of Argentina from 1946 until her death in 1952. She is often referred to as simply Eva Perón, or by the affectionate Spanish language diminutive Evita.She was born in the village of Los Toldos in...
to Marilyn Monroe
Marilyn Monroe
Marilyn Monroe was an American actress, singer, model and showgirl who became a major sex symbol, starring in a number of commercially successful motion pictures during the 1950s....
. He opened a workshop in the Via Mannelli, concentrating his efforts in experimenting with design, applying for patents for ornamental and utility models and some related inventions. Although he filed for bankruptcy in 1933 due to bad management and economic pressures, Ferragamo nonetheless expanded his operation during the 1950 to a workforce of around 700 expert artisans that produced 350 pairs of hand-made shoes a day.

Ferragamo was always recognized as a visionary, and his designs ranged from the strikingly bizarre objet d'art
Work of art
A work of art, artwork, art piece, or art object is an aesthetic item or artistic creation.The term "a work of art" can apply to:*an example of fine art, such as a painting or sculpture*a fine work of architecture or landscape design...
to the traditionally elegant, often serving as the main inspiration to other footwear designers of his time and beyond. Salvatore Ferragamo died in 1960 at the age of 62, but his name lives on as an international company, which has expanded its operations to include luxury shoes, bags, eyewear, silk accessories, watches, perfumes and a ready-to-wear clothing line. At his death his wife Wanda and later their six children (Fiamma, Giovanna, Fulvia, Ferruccio, Massimo and Leonardo) ran the Ferragamo company.

His most famous invention is arguably the "Cage Heel". Fiamma (Salvatore's eldest daughter who died in 1998) inherited her father's inimitable talent and came up with the "Vara pumps" in 1978.

The company is currently owned by the Ferragamo family, which in November 2006 included Salvatore's widow Wanda, five children, 23 grandchildren and other relatives.[3] There is a rule that only 3 members of the family can work at the company, prompting fierce competition.[3] To ease these tensions, in September 2006 the family announced a plan to float 48% of the company on the stock market, and since October 2006 Michele Norsa has served as managing and general director.[2] However, as of January 2008, this plan may be on put on hold in the midst of the downturn in the financial market.[4] If the listing on the stock market proceeds, the fund will be directed primarily towards building its positions in China.[5] The company is holding its 80th birthday exhibition in Shanghai.[1]