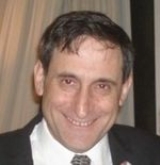 Meridor was born and educated in Jerusalem, to Eliyahu
Eliyahu Meridor
Eliyahu Meridor was an Israeli politician who served as a member of the Knesset for Herut and Gahal from 1959 until his death in 1966.-Biography:...
and Ra'anana, noted Herut
Herut
Herut was the major right-wing political party in Israel from the 1940s until its formal merger into Likud in 1988, and an adherent of Revisionist Zionism.-History:...
activists. His older brother is Dan Meridor
Dan Meridor
Dan Meridor is an Israeli politician and minister. A longtime member of the Likud party, in the late 1990s he became one of the founders of the Centre Party. He rejoined Likud in the early 2000s, and returned to the Knesset following the 2009 elections...
, who has held the posts of Justice and Finance minister. He served as an Intelligence Officer in the IDF, and earned his B.A. degree at the Hebrew University of Jerusalem
Hebrew University of Jerusalem
The Hebrew University of Jerusalem ; ; abbreviated HUJI) is Israel's second-oldest university, after the Technion – Israel Institute of Technology. The Hebrew University has three campuses in Jerusalem and one in Rehovot. The world's largest Jewish studies library is located on its Edmond J...
. He lives in Kfar Adumim with his wife No'a. They have three daughters.

In the early 1980's, Meridor worked for Betar
Betar
The Betar Movement is a Revisionist Zionist youth movement founded in 1923 in Riga, Latvia, by Vladimir Jabotinsky. It has been traditionally linked to the original Herut and then Likud political parties of Israel, and was closely affiliated with the pre-Israel Revisionist Zionist splinter group...
.

Between 1986 and 1990, Meridor served in a governmental advisory capacity for different ministers; as an advisor to the Minister of Defense and the Minister of Foreign Affairs of the State of Israel. In his governmental service, he was involved in the designing of Israel's foreign and defense policies, played a role in the peace process leading to the Madrid Peace Conference of 1991, participated in the negotiations that followed as the representative of the Ministry of Defense, and led Israel's Inter-Agency Steering Committee on Arms Control.

During the years of his chairmanship of the Jewish Agency, it underwent a major transformation. The strategy and activities of the Agency were focused on dealing with the Jewish future - the young generation of Jews. Major initiatives included the Masa national effort to bring 20,000 young adults per annum from the Diaspora
Diaspora
A diaspora is "the movement, migration, or scattering of people away from an established or ancestral homeland" or "people dispersed by whatever cause to more than one location", or "people settled far from their ancestral homelands".The word has come to refer to historical mass-dispersions of...
for a year-long formative experience in Israel, focusing the activities of the Agency in Israel on young Israelis and young Olim, special Aliyah efforts from the Former Soviet Union
Soviet Union
The Soviet Union , officially the Union of Soviet Socialist Republics , was a constitutionally socialist state that existed in Eurasia between 1922 and 1991....
, Ethiopia
Ethiopia
Ethiopia , officially known as the Federal Democratic Republic of Ethiopia, is a country located in the Horn of Africa. It is the second-most populous nation in Africa, with over 82 million inhabitants, and the tenth-largest by area, occupying 1,100,000 km2...
, Argentina
Argentina
Argentina , officially the Argentine Republic , is the second largest country in South America by land area, after Brazil. It is constituted as a federation of 23 provinces and an autonomous city, Buenos Aires...
, and France
France
The French Republic , The French Republic , The French Republic , (commonly known as France , is a unitary semi-presidential republic in Western Europe with several overseas territories and islands located on other continents and in the Indian, Pacific, and Atlantic oceans. Metropolitan France...
, and strategic preparations for anticipating the future challenges of increased Aliyah choices. In response to repeated terrorist attacks on the Israeli people, a global Jewish mobilization effort and a major emergency campaign was launched. Internally, the budget of the Jewish Agency was balanced, agreements to eliminate $700M in debt (which put the Agency at risk) were reached, and the Agency took a historic step by restructuring its governing bodies to include significant nonpolitical representation from Israeli society. Finally, with a view towards the Jewish future, the first ever Jewish People Policy Planning Institute was established. Meridor was an outspoken advocate of settling Israelis in the West Bank and Gaza Strip.

Meridor was appointed as ambassador to the United States by Prime Minister Ehud Olmert
Ehud Olmert
Ehud Olmert is an Israeli politician and lawyer. He served as Prime Minister of Israel from 2006 to 2009, as a Cabinet Minister from 1988 to 1992 and from 2003 to 2006, and as Mayor of Jerusalem from 1993 to 2003....
, of whom he was a supporter. He served in this post from 2006 to 2009. During his term, relations with the United States excelled as exemplified by strategic cooperation and genuine understanding. Security-related cooperation expanded. Israel enjoyed American diplomatic backing for its essential security activities war against terrorism. Approximately $30 billion in American security aid to Israel was ensured over the coming decade and American support for the development of Israeli anti-missile defense systems intensified. Curbing Iranian nuclearization and efforts to advance peace between Israel and its neighbors stood at the heart of bilateral cooperation. Israel was perceived as a strategic ally of the United States and Israel’s public image in the U.S. was strengthened. During the course of the 2008 presidential election campaigns, among the most tempestuous and polarized in recent American history, special relations with Israel were maintained with the public, the major parties and candidates, without regard to political disagreements. Meridor quit the post after Benjamin Netanyahu
Benjamin Netanyahu
Benjamin "Bibi" Netanyahu is the current Prime Minister of Israel. He serves also as the Chairman of the Likud Party, as a Knesset member, as the Health Minister of Israel, as the Pensioner Affairs Minister of Israel and as the Economic Strategy Minister of Israel.Netanyahu is the first and, to...
assumed as Prime Minister following the 2009 legislative elections.

In 2009 Meridor was appointed chairman of the board of directors of the Jerusalem Foundation.