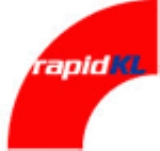 Rapid Penang
Rapid Penang
Rapid Penang, an abbreviation for Rapid Penang Sendirian Berhad, is a government-owned company set up to operate bus services in Penang state in Malaysia. Rapid Penang began operations on 31 July 2007....
, which was set up as a subsidiary of RapidKL, began running bus services in Penang
Penang
Penang is a state in Malaysia and the name of its constituent island, located on the northwest coast of Peninsular Malaysia by the Strait of Malacca. It is bordered by Kedah in the north and east, and Perak in the south. Penang is the second smallest Malaysian state in area after Perlis, and the...
on 31 July 2007.