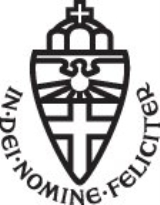 The first Nijmegen University
University of Nijmegen (1655-1680)
The University of Nijmegen was the first university in Nijmegen, Netherlands and existed between 1655 and ±1680....
was founded in 1655 and terminated around 1680. The Radboud University Nijmegen was established in 1923 as the Katholieke Universiteit Nijmegen, or Catholic University of Nijmegen, and started out with 27 professors and 189 students. The university was founded because the Roman Catholic community wanted its own university. At the time, Roman Catholics in the Netherlands were disadvantaged and occupied almost no higher posts in government. After fierce competition with the cities of Den Bosch, Tilburg
Tilburg
Tilburg is a landlocked municipality and a city in the Netherlands, located in the southern province of Noord-Brabant.Tilburg municipality also includes the villages of Berkel-Enschot and Udenhout....
, The Hague
The Hague
The Hague is the capital city of the province of South Holland in the Netherlands. With a population of 500,000 inhabitants , it is the third largest city of the Netherlands, after Amsterdam and Rotterdam...
and Maastricht
Maastricht
Maastricht is situated on both sides of the Meuse river in the south-eastern part of the Netherlands, on the Belgian border and near the German border...
, Nijmegen was chosen as the city to house the university. The subsequent Second World War hit the university hard. Many prominent members were lost, among them professors Robert Regout and Titus Brandsma
Titus Brandsma
Blessed Titus Brandsma was a Dutch Carmelite priest and professor of philosophy. Brandsma was vehemently opposed to Nazi ideology and spoke out against it many times before the Second World War....
. They were deported to Dachau concentration camp. In 1943, rector
Rector
The word rector has a number of different meanings; it is widely used to refer to an academic, religious or political administrator...
Hermesdorf refused to cooperate with the Germans. On February 22, 1944, the university lost many buildings in a bombardment
Bombardment
A bombardment is an attack by artillery fire directed against fortifications, troops or towns and buildings.Prior to World War I the term term was only applied to the bombardment of defenceless or undefended objects, houses, public buildings, it was only loosely employed to describe artillery...
. Classes resumed in March 1945. Since then, student numbers rose steadily from 3,000 in 1960 to 15,000 in 1980.

In 2004, the university officially changed its name to Radboud University Nijmegen, after Saint Radboud
Saint Radboud
Saint Radbod was bishop of Utrecht from 900 to 917.He was a descendant of the last King of the Frisians. He spent his youth with his uncle Gunther, Archbishop of Cologne. After that, he served at the court of Charles the Bald.When he was appointed as bishop of Utrecht in 900, the city was in...
, a bishop
Bishop
A bishop is an ordained or consecrated member of the Christian clergy who is generally entrusted with a position of authority and oversight. Within the Catholic Church, Eastern Orthodox, Oriental Orthodox Churches, in the Assyrian Church of the East, in the Independent Catholic Churches, and in the...
who lived around 900.

The university's medical department is linked to the St Radboud University Medical Center, a large teaching hospital located on the Heyendaal campus along with the other university buildings. Recent building projects included new on-campus residence halls, a sports center and several science buildings. The university campus is located next to Heyendaal train station. Frequent shuttle buses connect the university to Nijmegen Central Station and the city centre.

Radboud University is noted for its green campus, often listed among the most attractive in the Netherlands.

All English-taught Master’s programs are research-based programs. They are taught within the Faculties of Arts, Law, Social Sciences, Medical Sciences, and Faculty of Sciences, Philosophy, Theology and Religious Studies, besides the Interfaculty Research school and the Nijmegen School of Management.

Radboud University Nijmegen is home to several research institutions, including NanoLab Nijmegen
NanoLab Nijmegen
The aim of NanoLab Nijmegen is to contribute to the knowledge transfer betweenacademia and industry, in particular to make new developments in nanoscience and technology...
, Donders Centre for Cognition
Nijmegen Institute for Cognition and Information
The Donders Centre for Cognition is a research institute for cognitive science, neuroscience and information technology...
and the Donders Centre for Cognitive Neuroimaging
F.C. Donders Centre for Cognitive Neuroimaging
The Donders Centre for Cognitive Neuroimaging is a research institute in the Netherlands. It is located at the campus of the Radboud University Nijmegen and maintains strong ties with the Donders Centre for Cognition and the Max Planck Institute for Psycholinguistics.In order to train young talent...
. Faculty members Anne Cutler (1999), Henk Barendregt
Henk Barendregt
Hendrik Pieter Barendregt is a Dutch logician, known for his work in lambda calculus and type theory.Barendregt studied mathematical logic at Utrecht University, obtaining his Masters in 1968 and his Ph.D. in 1971, both cum laude, under Dirk van Dalen and Georg Kreisel...
(2002), Peter Hagoort (2005), and Theo Rasing (2008) won the Spinozapremie
Spinozapremie
The Spinozapremie is an annual award by the Netherlands Organisation for Scientific Research of 2.5 million Euro, to be spent on new research. The award is the highest scientific award in the Netherlands...
. Visiting professor Andre Geim
Andre Geim
Andre Konstantin Geim, FRS is a Dutch-Russian-British physicist working at the University of Manchester. Geim was awarded the 2010 Nobel Prize in Physics jointly with Konstantin Novoselov for his work on graphene...
and former student Konstantin Novoselov
Konstantin Novoselov
Konstantin Sergeevich Novoselov FRS is a Russo-British physicist, most notably known for his works on graphene together with Andre Geim, which earned them the Nobel Prize in Physics in 2010. Novoselov is currently a member of the mesoscopic physics research group at the University of Manchester as...
were awarded the 2010 Nobel Prize in Physics
Nobel Prize in Physics
The Nobel Prize in Physics is awarded once a year by the Royal Swedish Academy of Sciences. It is one of the five Nobel Prizes established by the will of Alfred Nobel in 1895 and awarded since 1901; the others are the Nobel Prize in Chemistry, Nobel Prize in Literature, Nobel Peace Prize, and...
. The QS World University Rankings
QS World University Rankings
The QS World University Rankings is a ranking of the world’s top 500 universities by Quacquarelli Symonds using a method that has published annually since 2004....
ranked the university 138th in the world in 2011.

The coat of arms was designed at the time of the founding of the university by the goldsmith workshop of the Brom family in Utrecht. The lower part is the coat of arms of the Catholic Church in the Netherlands. The dove is the symbol of the Holy Spirit
Holy Spirit
Holy Spirit is a term introduced in English translations of the Hebrew Bible, but understood differently in the main Abrahamic religions.While the general concept of a "Spirit" that permeates the cosmos has been used in various religions Holy Spirit is a term introduced in English translations of...
. The shield is surmounted by the crown of Charlemagne
Charlemagne
Charlemagne was King of the Franks from 768 and Emperor of the Romans from 800 to his death in 814. He expanded the Frankish kingdom into an empire that incorporated much of Western and Central Europe. During his reign, he conquered Italy and was crowned by Pope Leo III on 25 December 800...
. Underneath is the motto "In Dei Nomine Feliciter."