Encyclopedia
The Prime Minister of Thailand is the head of government
Head of government
Head of government is the chief officer of the executive branch of a government, often presiding over a cabinet. In a parliamentary system, the head of government is often styled prime minister, chief minister, premier, etc...
of Thailand
Thailand
Thailand , officially the Kingdom of Thailand , formerly known as Siam , is a country located at the centre of the Indochina peninsula and Southeast Asia. It is bordered to the north by Burma and Laos, to the east by Laos and Cambodia, to the south by the Gulf of Thailand and Malaysia, and to the...
. The Prime Minister
Prime minister
A prime minister is the most senior minister of cabinet in the executive branch of government in a parliamentary system. In many systems, the prime minister selects and may dismiss other members of the cabinet, and allocates posts to members within the government. In most systems, the prime...
is also the chairman of the Cabinet of Thailand. The post has existed since the Revolution of 1932
Siamese Revolution of 1932
The Siamese Revolution of 1932 or the Siamese Coup d'état of 1932 was a crucial turning point in Thai history in the 20th century...
, when the country became a constitutional monarchy
Constitutional monarchy
Constitutional monarchy is a form of government in which a monarch acts as head of state within the parameters of a constitution, whether it be a written, uncodified or blended constitution...
.

Prior to 1932 Thailand was ruled by absolute monarchs, who acted as both the head of state
Head of State
A head of state is the individual that serves as the chief public representative of a monarchy, republic, federation, commonwealth or other kind of state. His or her role generally includes legitimizing the state and exercising the political powers, functions, and duties granted to the head of...
and the government. However during the middle and latter reigns of the Chakri Dynasty several individuals were perceived to hold a post equivalent to a head of government. During the reign of King Mongkut: Somdet Chao Phraya Si Suriyawongse
Si Suriyawongse
Somdet Chao Phraya Borom Maha Si Suriyawongse December 23, 1808 – January 19, 1883) was a prominent 19th century Thai figure and served as the regent during the early years of the reign of King Chulalongkorn....
, had a very significant role in an otherwise absolutist system. During the reign of King Chulalongkorn, Prince Damrong Rajanubhab
Damrong Rajanubhab
Ditsawarakuman Damrong Rajanubhab was the founder of the modern Thai education system as well as the modern provincial administration...
took over this role. In fact the office most considered the precursor of that of the Prime Minister was the ancient office of Samuha Nayok (สมุหนายก), which was run by an Akkhra Maha Senabodi (อัครมหาเสนาบดี) or Chief Minister in charge of civilian affairs.

The first Prime Minister of Siam was Phraya Manopakorn Nititada
Phraya Manopakorn Nititada
Phraya Manopakorn Nititada , born Kon Hutasingha , was the first Prime Minister of Siam after the Siamese Revolution of 1932 as he was selected by the leader of the People's Party - the party that instigated the revolution...
, a judge. The title of the office changed from "Prime Minister of Siam" to "Prime Minister of Thailand" in 1945 and then permanently with the renaming of Siam to Thailand in 1949. For most of its existence the office has been occupied by Army leaders; fifteen out of twenty-seven. Beginning with the country's second Prime Minister: Phot Phahonyothin, who ousted his predecessor in a coup
Siamese coup d'état of 1933
The Siamese Coup d’état of June 1933 was considered the first time in Thai history that the Military has successfully overthrown the Constitutional Government. The actual coup took place peacefully on 20 June 1933 in Bangkok. The Coup was led by Colonel Phraya Phahol Pholphayuhasena against the...
in 1933. The longest serving Prime Minister was Field Marshal
Field Marshal
Field Marshal is a military rank. Traditionally, it is the highest military rank in an army.-Etymology:The origin of the rank of field marshal dates to the early Middle Ages, originally meaning the keeper of the king's horses , from the time of the early Frankish kings.-Usage and hierarchical...
Plaek Pibulsonggram
Plaek Pibulsonggram
Field Marshal Plaek Pibunsongkhram , often known as Phibun Songkhram or simply Phibun in English, was Prime Minister and virtual military dictator of Thailand from 1938 to 1944 and 1948 to 1957.- Early years :...
at 14 years, 11 months and 18 days. The shortest was Tawee Boonyaket
Tawee Boonyaket
Tawee Bunyaket was a Thai politician and the prime minister for a short term.After studying at the King's College and the École nationale supérieure d'Agronomie de Grignon , he started to work as a Government Official at the Thai Ministry of Agriculture...
at only just 18 days. Nine were removed by coups d'état, two were disqualified by court order, and eleven resigned from office. The youngest ever to occupy office was M.R. Seni Pramoj
Seni Pramoj
Mom Rajawongse Seni Pramoj was three times the prime minister of Thailand and a politician in the Democrat Party. A member of the Thai royal family, he was a descendant of King Rama II.-Biography:...
at 40 years old. Thailand received its first female prime minister, Yingluck Shinawatra
Yingluck Shinawatra
Yingluck Shinawatra , or nickname Pu , is a Thai businesswoman and politician, member of the Pheu Thai Party, and the 28th Prime Minister of Thailand following the 2011 general election...
, in 2011. Every Prime Minister since Manopakorn Nititada has been Buddhist.

To be appointed the nominee for the office must have the support of one-fifth of the members of the House of Representatives. Then after a simple-majority vote in the House, a resolution will be passed and submitted to the King of Thailand, who will then make a formal appointment by giving his royal assent to the resolution. This must be done within thirty days of the beginning of the first session of the House of Representatives after an election. If no candidate can be found within this time then it is the duty of the President of the National Assembly of Thailand to submit the name he considers most worthy for the King to formalize.

The Prime Minister is the de facto
De facto
De facto is a Latin expression that means "concerning fact." In law, it often means "in practice but not necessarily ordained by law" or "in practice or actuality, but not officially established." It is commonly used in contrast to de jure when referring to matters of law, governance, or...
chairman or chairwoman of the Cabinet of Thailand. The appointment and removal of Ministers
Minister (government)
A minister is a politician who holds significant public office in a national or regional government. Senior ministers are members of the cabinet....
can only be made with his or her advice. As the leader of the government the Prime Minister is therefore ultimately responsible for the failings and performance of his Ministers and the government as a whole. The Prime Minister cannot hold office for a consecutive period of more than eight years. As the most visible member of the government the Prime Minister represent the country abroad as well as the main spokesperson for the government at home. The Prime Minister must, under the constitution, lead the Cabinet in announcing the government's policy statement in front of a joint-session of the National Assembly, within fifteen days of being sworn-in.

The Prime Minister can be removed by a vote of no confidence. This process can be evoked, firstly with the vote of only one-fifth of the members of the House of Representatives for a debate
Debate
Debate or debating is a method of interactive and representational argument. Debate is a broader form of argument than logical argument, which only examines consistency from axiom, and factual argument, which only examines what is or isn't the case or rhetoric which is a technique of persuasion...
on the matter. Then after the debate a vote will be taken and with a simple majority the Prime Minister can be removed. This process cannot be repeated within one parliamentary session.


The official residence
Official residence
An official residence is the residence at which heads of state, heads of government, gubernatorial or other senior figures officially reside...
of the Prime Minister is Phitsanulok Mansion at the center of Bangkok
Bangkok
Bangkok is the capital and largest urban area city in Thailand. It is known in Thai as Krung Thep Maha Nakhon or simply Krung Thep , meaning "city of angels." The full name of Bangkok is Krung Thep Mahanakhon Amon Rattanakosin Mahintharayutthaya Mahadilok Phop Noppharat Ratchathani Burirom...
. The Mansion was built during the reign of King Vajiravudh, it became an official residence in 1979. The Mansion is however rumored to have many ghosts, therefore most Prime Ministers live at their own private residences and only use the house for official business. 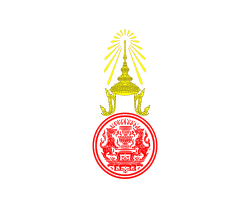