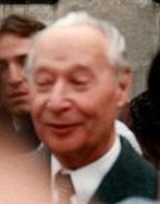 Encyclopedia
The Prague Spring was a period of political liberalization in Czechoslovakia
Czechoslovakia
Czechoslovakia or Czecho-Slovakia was a sovereign state in Central Europe which existed from October 1918, when it declared its independence from the Austro-Hungarian Empire, until 1992...
during the era of its domination by the Soviet Union
Soviet Union
The Soviet Union , officially the Union of Soviet Socialist Republics , was a constitutionally socialist state that existed in Eurasia between 1922 and 1991....
after World War II
World War II
World War II, or the Second World War , was a global conflict lasting from 1939 to 1945, involving most of the world's nations—including all of the great powers—eventually forming two opposing military alliances: the Allies and the Axis...
. It began on 5 January 1968, when reformist Alexander Dubček
Alexander Dubcek
Alexander Dubček , also known as Dikita, was a Slovak politician and briefly leader of Czechoslovakia , famous for his attempt to reform the communist regime during the Prague Spring...
was elected the First Secretary of Communist Party of Czechoslovakia
Communist Party of Czechoslovakia
The Communist Party of Czechoslovakia, in Czech and in Slovak: Komunistická strana Československa was a Communist and Marxist-Leninist political party in Czechoslovakia that existed between 1921 and 1992....
, and continued until 21 August when the Soviet Union and members of the Warsaw Pact invaded the country
Warsaw Pact invasion of Czechoslovakia
On the night of 20–21 August 1968, the Soviet Union and her main satellite states in the Warsaw Pact – Bulgaria, the German Democratic Republic , Hungary and Poland – invaded the Czechoslovak Socialist Republic in order to halt Alexander Dubček's Prague Spring political liberalization...
to halt the reforms.

The reforms, especially the decentralization of administrative authority, were not received well by the Soviets, who, after failed negotiations, sent thousands of Warsaw Pact troops and tanks to occupy the country. A large wave of emigration swept the nation. While there were many non-violent protests in the country, including the protest-suicide of a student
Jan Palach
Jan Palach was a Czech student who committed suicide by self-immolation as a political protest.- Death :...
, there was no military resistance. Czechoslovakia remained occupied until 1990.

After the invasion, Czechoslovakia entered a period of normalization
Normalization (Czechoslovakia)
In the history of Czechoslovakia, normalization is a name commonly given to the period 1969 to about 1987. It was characterized by initial restoration of the conditions prevailing before the reform period led by Alexander Dubček , first of all, the firm rule of the Communist Party of...
: subsequent leaders attempted to restore the political and economic values that had prevailed before Dubček gained control of the Communist Party of Czechoslovakia
Communist Party of Czechoslovakia
The Communist Party of Czechoslovakia, in Czech and in Slovak: Komunistická strana Československa was a Communist and Marxist-Leninist political party in Czechoslovakia that existed between 1921 and 1992....
(KSČ). Gustáv Husák
Gustáv Husák
Gustáv Husák was a Slovak politician, president of Czechoslovakia and a long-term Communist leader of Czechoslovakia and of the Communist Party of Czechoslovakia...
, who replaced Dubček and also became president, reversed almost all of Dubček's reforms. The Prague Spring inspired music and literature such as the work of Václav Havel
Václav Havel
Václav Havel is a Czech playwright, essayist, poet, dissident and politician. He was the tenth and last President of Czechoslovakia and the first President of the Czech Republic . He has written over twenty plays and numerous non-fiction works, translated internationally...
, Karel Husa
Karel Husa
Karel Husa is a Czech-born classical composer and conductor, winner of the 1969 Pulitzer Prize and 1993 University of Louisville Grawemeyer Award in Music Composition...
, Karel Kryl
Karel Kryl
Karel Kryl was a popular Czech singer-songwriter and performer of many protest songs in which he strongly criticized and identified the shortcomings and inhumanity of the Communist and later post-communist regime in his home country.-Biography:Kryl was born on April 12, 1944, in Kroměříž, in...
, and Milan Kundera
Milan Kundera
Milan Kundera , born 1 April 1929, is a writer of Czech origin who has lived in exile in France since 1975, where he became a naturalized citizen in 1981. He is best known as the author of The Unbearable Lightness of Being, The Book of Laughter and Forgetting, and The Joke. Kundera has written in...
's novel The Unbearable Lightness of Being
The Unbearable Lightness of Being
The Unbearable Lightness of Being , written by Milan Kundera, is a philosophical novel about two men, two women, a dog and their lives in the Prague Spring of the Czechoslovak Communist period in 1968. Although written in 1982, the novel was not published until two years later, in France...
.

The process of de-Stalinization
De-Stalinization
De-Stalinization refers to the process of eliminating the cult of personality, Stalinist political system and the Gulag labour-camp system created by Soviet leader Joseph Stalin. Stalin was succeeded by a collective leadership after his death in March 1953...
in Czechoslovakia
Czechoslovakia
Czechoslovakia or Czecho-Slovakia was a sovereign state in Central Europe which existed from October 1918, when it declared its independence from the Austro-Hungarian Empire, until 1992...
had begun under Antonín Novotný
Antonín Novotný
Antonín Novotný was General Secretary of the Communist Party of Czechoslovakia from 1953 to 1968, and also held the post of President of Czechoslovakia from 1957 to 1968. He was born in Letňany, now part of Prague....
in the late 1950s and early 1960s, but had progressed slower than in most other states of the Eastern Bloc
Eastern bloc
The term Eastern Bloc or Communist Bloc refers to the former communist states of Eastern and Central Europe, generally the Soviet Union and the countries of the Warsaw Pact...
. Following the lead of Nikita Khrushchev
Nikita Khrushchev
Nikita Sergeyevich Khrushchev led the Soviet Union during part of the Cold War. He served as First Secretary of the Communist Party of the Soviet Union from 1953 to 1964, and as Chairman of the Council of Ministers, or Premier, from 1958 to 1964...
, Novotný proclaimed the completion of socialism, and the new constitution
1960 Constitution of Czechoslovakia
The Constitution of the Czechoslovak Socialist Republic , promulgated on 11 July 1960 as the constitutional law 100/1960 Sb., codified the Communist regime in Czechoslovakia...
, accordingly, adopted the name Czechoslovak Socialist Republic
Czechoslovak Socialist Republic
The Czechoslovak Socialist Republic was the official name of Czechoslovakia from 1960 until end of 1989 , a Soviet satellite state of the Eastern Bloc....
. The pace of change, however, was sluggish; the rehabilitation of Stalinist-era victims, such as those convicted in the Slánský trials
Slánský trials
The Slánský trial was a show trial against elements of the Communist Party of Czechoslovakia who were thought to have adopted the line of the maverick Yugoslav leader Josip Broz Tito...
, may have been considered as early as 1963, but did not take place until 1967. As the strict regime eased its rules, the Union of Czechoslovak Writers cautiously began to air discontent, and in the union's gazette, Literární noviny, members suggested that literature should be independent of Party doctrine.
The source of this article is wikipedia, the free encyclopedia.  The text of this article is licensed under the GFDL.