There were 38,477 households, out of which 19,690 (51.2%) had children under the age of 18 living in them, 19,986 (51.9%) were opposite-sex married couples
Marriage
Marriage is a social union or legal contract between people that creates kinship. It is an institution in which interpersonal relationships, usually intimate and sexual, are acknowledged in a variety of ways, depending on the culture or subculture in which it is found...
living together, 6,960 (18.1%) had a female householder with no husband present, 3,313 (8.6%) had a male householder with no wife present. There were 2,823 (7.3%) unmarried opposite-sex partnerships
POSSLQ
POSSLQ is an abbreviation for "Persons of Opposite Sex Sharing Living Quarters," a term coined in the late 1970s by the United States Census Bureau as part of an effort to more accurately gauge the prevalence of cohabitation in American households....
, and 299 (0.8%) same-sex married couples or partnerships. 5,810 households (15.1%) were made up of individuals and 2,010 (5.2%) had someone living alone who was 65 years of age or older. The average household size was 3.77. There were 30,259 families
Family (U.S. Census)
A family or family household is defined by the United States Census Bureau for statistical purposes as "a householder and one or more other people related to the householder by birth, marriage, or adoption. They do not include same-sex married couples even if the marriage was performed in a state...
(78.6% of all households); the average family size was 4.15. 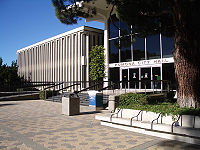 Mayor
Mayor
In many countries, a Mayor is the highest ranking officer in the municipal government of a town or a large urban city....
Elliott Rothman

City Council
City council
A city council or town council is the legislative body that governs a city, town, municipality or local government area.-Australia & NZ:Because of the differences in legislation between the States, the exact definition of a City Council varies... 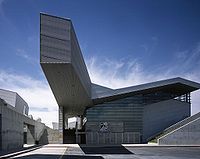 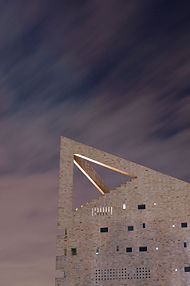 Pomona is connected to downtown Los Angeles
Downtown Los Angeles
Downtown Los Angeles is the central business district of Los Angeles, California, United States, located close to the geographic center of the metropolitan area...
, and to downtown Riverside
Riverside, California
Riverside is a city in Riverside County, California, United States, and the county seat of the eponymous county. Named for its location beside the Santa Ana River, it is the largest city in the Riverside-San Bernardino-Ontario metropolitan area of Southern California, 4th largest inland California...
via Metrolink
Metrolink (Southern California)
Metrolink is a commuter rail system serving Los Angeles and the surrounding area of Southern California; it currently consists of six lines and 55 stations using of track....
. In addition, with the Gold Line foothill extension
Gold Line Foothill Extension (Los Angeles Metro)
The Gold Line Foothill Extension is a planned extension of the Metro Gold Line light-rail corridor from its current terminus in Pasadena, California, east through the "Foothill Cities" of Los Angeles County. The plan is currently being implemented as two separate mass-transit projects, known as...
, Pomona will be connected to Los Angeles and eastern Los Angeles county via light rail
Light rail
Light rail or light rail transit is a form of urban rail public transportation that generally has a lower capacity and lower speed than heavy rail and metro systems, but higher capacity and higher speed than traditional street-running tram systems...
when the project is completed in 2018.

Pomona is serviced by:

The Silver Streak is Foothill Transit's bus rapid transit
Bus rapid transit
Bus rapid transit is a term applied to a variety of public transportation systems using buses to provide faster, more efficient service than an ordinary bus line. Often this is achieved by making improvements to existing infrastructure, vehicles and scheduling...
line operating between eastbound to montclair transcenterMontclair
Montclair, California
Montclair is a city in San Bernardino County, California, United States. The population was 36,664 at the 2010 United States Census.The current mayor is Paul M. Eaton.-Description:...
and westbound to Downtown Los Angeles
Los Ángeles
Los Ángeles is the capital of the province of Biobío, in the commune of the same name, in Region VIII , in the center-south of Chile. It is located between the Laja and Biobío rivers. The population is 123,445 inhabitants...
.

The service runs much more frequently than other area mass transit, and operates around the clock. 60-foot NABI articulated buses are used on this route, like the ones used on the Metro Orange Line, Metro Local
Metro Local
Metro Local is a bus system in Los Angeles County operated by the Los Angeles County Metropolitan Transportation Authority . This retronym designation was placed to differentiate it from the Metro Rapid service...
, and Metro Rapid
Metro Rapid
Metro Rapid is a bus rapid transit service in Los Angeles County, California that operates in mixed traffic environments and has fewer stops than the Metro Local service. The system is mainly operated by LACMTA. Two routes are operated by Santa Monica Transit and one by Culver City Transit...
. 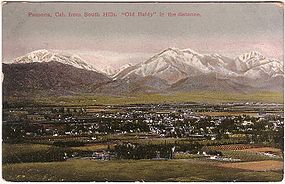 The major daily newspaper in the area is The Los Angeles Times. La Opinión
La Opinión
La Opinión is a Spanish-language daily newspaper published in Los Angeles, California, USA and distributed throughout the six counties of Southern California. It is the largest Spanish-language newspaper in the United States and second-most read newspaper in Los Angeles . It is published by...
is the city's major Spanish
Spanish language
Spanish , also known as Castilian , is a Romance language in the Ibero-Romance group that evolved from several languages and dialects in central-northern Iberia around the 9th century and gradually spread with the expansion of the Kingdom of Castile into central and southern Iberia during the...
-language paper. There are also a wide variety of smaller regional newspapers, alternative weeklies and magazines, including: