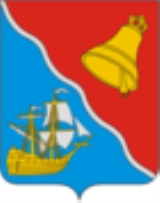 Polyarny is a closed
Closed city
A closed city or closed town is a settlement with travel and residency restrictions in the Soviet Union and some of its successor countries. In modern Russia, such places are officially known as "closed administrative-territorial formations" ....
town in Murmansk Oblast
Murmansk Oblast
Murmansk Oblast is a federal subject of Russia , located in the northwestern part of Russia. Its administrative center is the city of Murmansk.-Geography:...
, Russia
Russia
Russia or , officially known as both Russia and the Russian Federation , is a country in northern Eurasia. It is a federal semi-presidential republic, comprising 83 federal subjects...
, situated on the outermost western side of the Kola Bay
Kola Bay
Kola Bay or Murmansk Fjord is a 57-km-long fjord of the Barents Sea that cuts into the northern part of the Kola Peninsula. It is up to 7 km wide and has a depth of 200 to 300 metres. The Tuloma and Kola Rivers discharge into the bay....
. Population:

It was founded in 1896 and named Alexandrovsk in honor of Tsar
Tsar
Tsar is a title used to designate certain European Slavic monarchs or supreme rulers. As a system of government in the Tsardom of Russia and Russian Empire, it is known as Tsarist autocracy, or Tsarism...
Alexander III
Alexander III of Russia
Alexander Alexandrovich Romanov , historically remembered as Alexander III or Alexander the Peacemaker reigned as Emperor of Russia from until his death on .-Disposition:...
. Town status was granted to it on , 1899. At the same time, Alexandrovsk became an uyezd town, for which reason Kolsky Uyezd
Kolsky Uyezd
Kolsky Uyezd was an administrative division of the Tsardom of Russia and later of the Russian Empire.-16th–17th centuries:Russian expansion to the Kola Peninsula can be traced to the early 16th century when the Russian monk Trifon founded an Orthodox monastery at Pechenga...
was renamed Alexandrovsky
Alexandrovsky Uyezd
Alexandrovsky Uyezd was an administrative division of Arkhangelsk Governorate of the Russian Empire and later of the Russian SFSR.The origins of Alexandrovsky Uyezd trace back to Kolsky Uyezd, which existed on this territory since the early 16th century until , 1858, when Tsar Alexander II...
.

On October 16, 1925—when the Murmansk Governorate
Murmansk Governorate
Murmansk Governorate was an administrative division of the early Russian SFSR which existed in 1921–1927. The governorate was established on the territory of former Alexandrovsky Uyezd of Arkhangelsk Governorate by the All-Russian Central Executive Committee Decree issued on June 13, 1921...
Commission meeting initiated work on compiling the lists of the urban and rural localities—Murmansk, Alexandrovsk, and Kola
Kola (town)
Kola is a town and the administrative center of Kolsky District of Murmansk Oblast, Russia, located at the confluence of the Kola and Tuloma Rivers, south of Murmansk and southwest of Severomorsk. It is the oldest town of the Kola Peninsula. Population: 11,060 ; -History:The district of Kolo...
were categorized as urban; however, a recommendation was sent to the All-Russian Central Executive Committee
All-Russian Central Executive Committee
All-Russian Central Executive Committee , was the highest legislative, administrative, and revising body of the Russian Soviet Federative Socialist Republic. Although the All-Russian Congress of Soviets had supreme authority, in periods between its sessions its powers were passed to VTsIK...
(VTsIK) to demote the latter two to rural localities due to economic conditions, sparse population, low trade volume, lack of industrial enterprises and "general regression". On March 15, 1926, the VTsIK approved the recommendation, and Alexandrovsk and Kola were re-categorized as rural localities.

On January 12, 1931, the Third Congress of the Soviets of Alexandrovsky District issued a resolution, renaming the district "Polyarny"; at the same time the village of Alexandrovskoye was renamed Polyarnoye . On March 5, 1931 the new name of the district was approved by the administrative commission of the Leningrad Oblast Executive Committee, and on March 11, 1931—by its Presidium. While the Presidium of the VTsIK never officially gave a final approval for this renaming, de facto the name has changed.

In 1934, the Murmansk Okrug Executive Committee unsuccessfully petitioned to grant town status to Polyarnoye and to rename it Krasnoflotsk. Town status, however, was not granted to Polyarnoye until September 19, 1939, when it was at the same time renamed Polyarny.