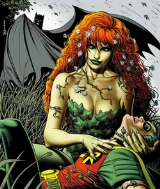 Overview
Toxicodendron radicans, better known as poison ivy (older synonyms are Rhus toxicodendron and Rhus radicans), is a poisonous North American plant that is well known for its production of urushiol
Urushiol
Urushiol is an oily organic allergen found in plants of the family Anacardiaceae, especially Toxicodendron spp. . It causes an allergic skin rash on contact, known as urushiol-induced contact dermatitis...
, a clear liquid compound found within the sap
Sap
Sap may refer to:* Plant sap, the fluid transported in xylem cells or phloem sieve tube elements of a plant* Sap , a village in the Dunajská Streda District of Slovakia...
of the plant that causes an itching rash
Urushiol-induced contact dermatitis
Urushiol-induced contact dermatitis is the medical name given to allergic rashes produced by the oil urushiol, which is contained in various plants, including the plants of the genus Toxicodendron , other plants in the family Anacardiaceae Urushiol-induced contact dermatitis (also called...
in most people who touch it. The plant is not a true ivy
Ivy
Ivy, plural ivies is a genus of 12–15 species of evergreen climbing or ground-creeping woody plants in the family Araliaceae, native to western, central and southern Europe, Macaronesia, northwestern Africa and across central-southern Asia east to Japan and Taiwan.-Description:On level ground they...
(Hedera).

Poison ivy can be found growing in any of the following three forms:

Poison ivy grows throughout much of North America, including the Canadian Maritime provinces, Quebec, Ontario, Manitoba, and all U.S.

Can a persons imagition give them poison ivey systems?

Once having poison ivy can it return again
More