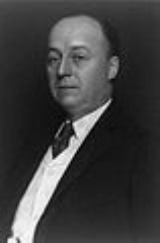 Knox attended Mount Union College
Mount Union College
The University of Mount Union is a 4-year private, coeducational, liberal arts college in Alliance, Ohio.Mount Union enrolls 2200 undergraduates. Approximately 50 percent are women and 50 percent are men, representing more than 22 states and 13 countries. Mount Union has an active alumni base of...
, whence he was graduated in 1872 with a bachelor of arts degree. Whilst there, he formed a lifelong friendship with future U.S. President William McKinley
William McKinley
William McKinley, Jr. was the 25th President of the United States . He is best known for winning fiercely fought elections, while supporting the gold standard and high tariffs; he succeeded in forging a Republican coalition that for the most part dominated national politics until the 1930s...
, who was at the time a local district attorney.

Knox married Lillie Smith, the daughter of Andrew Smith of the firm Smith, Sutton and Co., in 1880.

He was admitted to the bar in 1875 and practiced in Pittsburgh. From 1876-1877 he was Assistant United States Attorney for the Western District of Pennsylvania and became President of the Pennsylvania Bar Association in 1897.

Knox was a member of the Duquesne Club
Duquesne Club
The Duquesne Club is a private social club in Pittsburgh, Pennsylvania, founded in 1873.-History:The Duquesne Club was founded in 1873. Its first president was John H. Ricketson...
. Along with fellow South Fork Fishing and Hunting Club member Jesse H. Lippencott, Knox served as a director of the Fifth National Bank of Pittsburgh. Henry Clay Frick
Henry Clay Frick
Henry Clay Frick was an American industrialist, financier, and art patron. He founded the H. C. Frick & Company coke manufacturing company, was chairman of the Carnegie Steel Company, and played a major role in the formation of the giant U.S. Steel steel manufacturing concern...
, Andrew Mellon and Philander Knox were directors of the Pittsburgh National Bank of Commerce.

Knox's nickname was “Sleepy Phil” which is said to have been because he dozed off during board meetings or because he was cross-eyed, making it difficult for his two eyes to track together.

He served as Attorney General
Attorney General
In most common law jurisdictions, the attorney general, or attorney-general, is the main legal advisor to the government, and in some jurisdictions he or she may also have executive responsibility for law enforcement or responsibility for public prosecutions.The term is used to refer to any person...
in the cabinets of Presidents McKinley
William McKinley
William McKinley, Jr. was the 25th President of the United States . He is best known for winning fiercely fought elections, while supporting the gold standard and high tariffs; he succeeded in forging a Republican coalition that for the most part dominated national politics until the 1930s...
and Theodore Roosevelt
Theodore Roosevelt
Theodore "Teddy" Roosevelt was the 26th President of the United States . He is noted for his exuberant personality, range of interests and achievements, and his leadership of the Progressive Movement, as well as his "cowboy" persona and robust masculinity...
from 1901 to 1904.

He is well-known for famous quote to Roosevelt: "Mister President, do not let so great an achievement suffer from any taint of legality," made in regards to the construction of the Panama Canal
Panama Canal
The Panama Canal is a ship canal in Panama that joins the Atlantic Ocean and the Pacific Ocean and is a key conduit for international maritime trade. Built from 1904 to 1914, the canal has seen annual traffic rise from about 1,000 ships early on to 14,702 vessels measuring a total of 309.6...
. (A slightly rephrased version of this quote was spoken by Brian Keith
Brian Keith
Brian Keith was an American film, television, and stage actor who in his four decade-long career gained recognition for his work in movies such as the 1961 Disney family film The Parent Trap, the 1966 comedy The Russians Are Coming, the Russians Are Coming, and the 1975 adventure saga The Wind and...
as Roosevelt in the 1975 film The Wind and the Lion
The Wind and the Lion
The Wind and the Lion is a 1975 adventure film. It was written and directed by John Milius and starred Sean Connery, Candice Bergen, Brian Keith and John Huston...
.)

Knox served as Secretary of State in Taft's cabinet until March 5, 1913. As Secretary of State, Knox reorganized the Department on a divisional basis, extended the merit system to the Diplomatic Service up to the grade of chief of mission, pursued a policy of encouraging and protecting American investments abroad, declared the ratification of the Sixteenth Amendment
Sixteenth Amendment to the United States Constitution
The Sixteenth Amendment to the United States Constitution allows the Congress to levy an income tax without apportioning it among the states or basing it on Census results...
, and accomplished the settlement of the Bering Sea
Bering Sea
The Bering Sea is a marginal sea of the Pacific Ocean. It comprises a deep water basin, which then rises through a narrow slope into the shallower water above the continental shelves....
controversy and the North Atlantic fisheries controversy.


Return to the Senate

Following his term of office, Knox resumed the practice of law in Pittsburgh.

Knox was again elected to the Senate from Pennsylvania and served from 1917 until his death in 1921.

In April 1921 he introduced a Senate resolution to bring a formal end to American involvement in World War I
World War I
World War I , which was predominantly called the World War or the Great War from its occurrence until 1939, and the First World War or World War I thereafter, was a major war centred in Europe that began on 28 July 1914 and lasted until 11 November 1918...
. It was combined with a similar House resolution to create the Knox–Porter Resolution, signed by President Warren G. Harding
Warren G. Harding
Warren Gamaliel Harding was the 29th President of the United States . A Republican from Ohio, Harding was an influential self-made newspaper publisher. He served in the Ohio Senate , as the 28th Lieutenant Governor of Ohio and as a U.S. Senator...
on July 21.