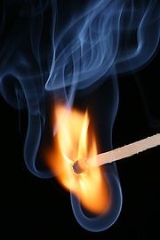 Encyclopedia
A phenomenon plural phenomena, is any observable occurrence. Phenomena are often, but not always, understood as 'appearances' or 'experiences'. These are themselves sometimes understood as involving qualia
Qualia
Qualia , singular "quale" , from a Latin word meaning for "what sort" or "what kind," is a term used in philosophy to refer to subjective conscious experiences as 'raw feels'. Examples of qualia are the pain of a headache, the taste of wine, the experience of taking a recreational drug, or the...
.

The term came into its modern philosophical usage through Immanuel Kant
Immanuel Kant
Immanuel Kant was a German philosopher from Königsberg , researching, lecturing and writing on philosophy and anthropology at the end of the 18th Century Enlightenment....
, who contrasted it with noumenon
Noumenon
The noumenon is a posited object or event that is known without the use of the senses.The term is generally used in contrast with, or in relation to "phenomenon", which refers to anything that appears to, or is an object of, the senses...
(for which he used the term Ding an sich, or "thing-in-itself"), which, in contrast to phenomena, are not directly accessible to observation. Kant was heavily influenced by Leibniz
Gottfried Leibniz
Gottfried Wilhelm Leibniz was a German philosopher and mathematician. He wrote in different languages, primarily in Latin , French and German ....
in this part of his philosophy, in which phenomenon and noumenon serve as interrelated technical terms. 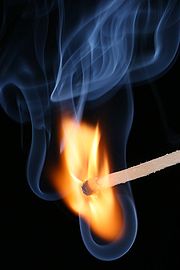 In scientific usage, a phenomenon is any event that is observable, however common it might be, even if it requires the use of instrumentation to observe, record, or compile data concerning it. For example, in physics
Physics
Physics is a natural science that involves the study of matter and its motion through spacetime, along with related concepts such as energy and force. More broadly, it is the general analysis of nature, conducted in order to understand how the universe behaves.Physics is one of the oldest academic...
, a phenomenon may be a feature of matter
Matter
Matter is a general term for the substance of which all physical objects consist. Typically, matter includes atoms and other particles which have mass. A common way of defining matter is as anything that has mass and occupies volume...
, energy
Energy
In physics, energy is an indirectly observed quantity. It is often understood as the ability a physical system has to do work on other physical systems...
, or spacetime
Spacetime
In physics, spacetime is any mathematical model that combines space and time into a single continuum. Spacetime is usually interpreted with space as being three-dimensional and time playing the role of a fourth dimension that is of a different sort from the spatial dimensions...
, such as Isaac Newton
Isaac Newton
Sir Isaac Newton PRS was an English physicist, mathematician, astronomer, natural philosopher, alchemist, and theologian, who has been "considered by many to be the greatest and most influential scientist who ever lived."...
's observations of the moon
Moon
The Moon is Earth's only known natural satellite,There are a number of near-Earth asteroids including 3753 Cruithne that are co-orbital with Earth: their orbits bring them close to Earth for periods of time but then alter in the long term . These are quasi-satellites and not true moons. For more...
's orbit and of gravity, or Galileo Galilei
Galileo Galilei
Galileo Galilei , was an Italian physicist, mathematician, astronomer, and philosopher who played a major role in the Scientific Revolution. His achievements include improvements to the telescope and consequent astronomical observations and support for Copernicanism...
's observations of the motion of a pendulum
Pendulum
A pendulum is a weight suspended from a pivot so that it can swing freely. When a pendulum is displaced from its resting equilibrium position, it is subject to a restoring force due to gravity that will accelerate it back toward the equilibrium position...
.

In gemology
Gemology
Gemology or gemmology is the science dealing with natural and artificial gems and gemstones. It is considered a geoscience and a branch of mineralogy...
, a phenomenon is an unusual optical effect that is displayed by a gem. Play-of-color, labradorescence
Labradorite
Labradorite , a feldspar mineral, is an intermediate to calcic member of the plagioclase series. It is usually defined as having "%An" between 50 and 70. The specific gravity ranges from 2.68 to 2.72. The streak is white, like most silicates. The refractive index ranges from 1.559 to 1.573....
, iridescence
Iridescence
Iridescence is generally known as the property of certain surfaces which appear to change color as the angle of view or the angle of illumination changes...
, adularescence
Adularescence
Adularescence is an optical phenomenon, similar to labradorescence and aventurescence, produced most notably by moonstones. Adularescence is also commonly referred to as schiller or shiller. The effect is best described as a milky, bluish luster or glow originating from below the surface of the...
, chatoyancy
Chatoyancy
In gemology, chatoyancy , or chatoyance, is an optical reflectance effect seen in certain gemstones. Coined from the French "œil de chat," meaning "cat's eye," chatoyancy arises either from the fibrous structure of a material, as in tiger eye quartz, or from fibrous inclusions or cavities within...
, asterism
Asterism (gemmology)
Asteria, or star stone is a name applied to ornamental stones that exhibit a luminous star when cut en cabochon. The typical asteria is the star-sapphire, generally a bluish-grey corundum, milky or opalescent, with a star of six rays...
, aventurescence
Aventurine
Aventurine is a form of quartz, characterised by its translucency and the presence of platy mineral inclusions that give a shimmering or glistening effect termed aventurescence....
, lustre
Lustre (mineralogy)
Lustre is a description of the way light interacts with the surface of a crystal, rock, or mineral. The word lustre traces its origins back to the Latin word lux, meaning "light", and generally implies radiance, gloss, or brilliance....
and color
Color
Color or colour is the visual perceptual property corresponding in humans to the categories called red, green, blue and others. Color derives from the spectrum of light interacting in the eye with the spectral sensitivities of the light receptors...
change are all phenomena of this type.

In popular usage, a phenomenon often refers to an extraordinary event
Event (philosophy)
In philosophy, events are objects in time or instantiations of properties in objects. However, a definite definition has not been reached, as multiple theories exist concerning events.-Kim’s Property-Exemplification Account of Events:...
.

Group phenomena concern the behavior of a particular group of individual entities, usually organisms and most especially people. The behavior of individuals often changes in a group setting in various ways, and a group may have its own behaviors not possible to an individual because of the herd mentality
Herd mentality
Herd mentality describes how people are influenced by their peers to adopt certain behaviors, follow trends, and/or purchase items. Examples of the herd mentality include stock market trends, fashions in apparel, cars, taste in music, home décor, etc...
.

Social phenomena apply especially to organisms and people in that subjective states are implicit in the term. Attitudes and events particular to a group may have effects beyond the group, and either be adapted by the larger society, or seen as aberrant, being punished or shunned.