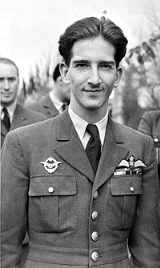 Encyclopedia
Peter II, also known as Peter II Karađorđević (Serbo-Croatian
Serbo-Croatian language
Serbo-Croatian or Serbo-Croat, less commonly Bosnian/Croatian/Serbian , is a South Slavic language with multiple standards and the primary language of Serbia, Croatia, Bosnia and Herzegovina, and Montenegro...
: Petar II Karađorđević, Serbian Cyrillic: Петар II Карађорђевић; 6 September 1923 – 3 November 1970), was the third and last King of Yugoslavia. He was the eldest son of King Alexander I
Alexander I of Yugoslavia
Alexander I , also known as Alexander the Unifier was the first king of the Kingdom of Yugoslavia as well as the last king of the Kingdom of Serbs, Croats and Slovenes .-Childhood:...
and Queen Maria (born Princess of Romania); his godfather was George V
George V
George V was king of the United Kingdom and its dominions from 1910 to 1936.George V or similar terms may also refer to:-People:* George V of Georgia * George V of Imereti * George V of Hanover...
of the United Kingdom
United Kingdom
The United Kingdom of Great Britain and Northern IrelandIn the United Kingdom and Dependencies, other languages have been officially recognised as legitimate autochthonous languages under the European Charter for Regional or Minority Languages...
.

His education commenced at the Royal Palace. He then attended Sandroyd School in Wiltshire, England. Then 11 years old, Peter, of the House of Karađorđević, succeeded to the Yugoslav throne in 1934 upon the assassination of his father King Alexander I in Marseille
Marseille
Marseille , known in antiquity as Massalia , is the second largest city in France, after Paris, with a population of 852,395 within its administrative limits on a land area of . The urban area of Marseille extends beyond the city limits with a population of over 1,420,000 on an area of...
, during a state visit
State visit
A state visit is a formal visit by a foreign head of state to another nation, at the invitation of that nation's head of state. State visits are the highest form of diplomatic contact between two nations, and are marked by ceremonial pomp and diplomatic protocol. In parliamentary democracies, heads...
to France. Because of the King's young age, a regency
Regent
A regent, from the Latin regens "one who reigns", is a person selected to act as head of state because the ruler is a minor, not present, or debilitated. Currently there are only two ruling Regencies in the world, sovereign Liechtenstein and the Malaysian constitutive state of Terengganu...
was established, headed by his father's cousin Prince Pavle Karađorđević.

Although King Peter and his advisers were opposed to Nazi Germany
Nazi Germany
Nazi Germany , also known as the Third Reich , but officially called German Reich from 1933 to 1943 and Greater German Reich from 26 June 1943 onward, is the name commonly used to refer to the state of Germany from 1933 to 1945, when it was a totalitarian dictatorship ruled by...
, Regent Prince Paul declared that the Kingdom of Yugoslavia would join the Tripartite Pact on 25 March 1941. On 27 March, King Peter, then 17, was proclaimed of age, and participated in a British
United Kingdom
The United Kingdom of Great Britain and Northern IrelandIn the United Kingdom and Dependencies, other languages have been officially recognised as legitimate autochthonous languages under the European Charter for Regional or Minority Languages...
-supported coup d'état
Coup d'état
A coup d'état state, literally: strike/blow of state)—also known as a coup, putsch, and overthrow—is the sudden, extrajudicial deposition of a government, usually by a small group of the existing state establishment—typically the military—to replace the deposed government with another body; either...
opposing the Tripartite Pact
Tripartite Pact
The Tripartite Pact, also the Three-Power Pact, Axis Pact, Three-way Pact or Tripartite Treaty was a pact signed in Berlin, Germany on September 27, 1940, which established the Axis Powers of World War II...
.

Postponing Operation Barbarossa
Operation Barbarossa
Operation Barbarossa was the code name for Germany's invasion of the Soviet Union during World War II that began on 22 June 1941. Over 4.5 million troops of the Axis powers invaded the USSR along a front., the largest invasion in the history of warfare...
, Germany simultaneously attacked Yugoslavia and Greece. From 6 April Luftwaffe
Luftwaffe
Luftwaffe is a generic German term for an air force. It is also the official name for two of the four historic German air forces, the Wehrmacht air arm founded in 1935 and disbanded in 1946; and the current Bundeswehr air arm founded in 1956....
pounded Belgrade
Belgrade
Belgrade is the capital and largest city of Serbia. It is located at the confluence of the Sava and Danube rivers, where the Pannonian Plain meets the Balkans. According to official results of Census 2011, the city has a population of 1,639,121. It is one of the 15 largest cities in Europe...
for three days and three nights in Operation Punishment. Within a week, Germany, Bulgaria, Hungary and Italy invaded Yugoslavia and the government was forced to surrender on 17 April. Yugoslavia was divided to satisfy Italian, Bulgarian, Hungarian and German demands and puppet Croat
Independent State of Croatia
The Independent State of Croatia was a World War II puppet state of Nazi Germany, established on a part of Axis-occupied Yugoslavia. The NDH was founded on 10 April 1941, after the invasion of Yugoslavia by the Axis powers. All of Bosnia and Herzegovina was annexed to NDH, together with some parts...
, Montenegrin
Kingdom of Montenegro (1941-1944)
The Kingdom of Montenegro or the Independent State of Montenegro existed from 1941 to 1943 as a puppet protectorate of Fascist Italy, a component of the envisioned Italian Empire...
and Serb states proclaimed.

Peter was forced to leave the country with the Yugoslav Government following the Axis
Axis Powers
The Axis powers , also known as the Axis alliance, Axis nations, Axis countries, or just the Axis, was an alignment of great powers during the mid-20th century that fought World War II against the Allies. It began in 1936 with treaties of friendship between Germany and Italy and between Germany and...
invasion; initially the King went with his government to Greece
Greece
Greece , officially the Hellenic Republic , and historically Hellas or the Republic of Greece in English, is a country in southeastern Europe....
, and Jerusalem, then to the British Mandate of Palestine and Cairo. He went to England
England
England is a country that is part of the United Kingdom. It shares land borders with Scotland to the north and Wales to the west; the Irish Sea is to the north west, the Celtic Sea to the south west, with the North Sea to the east and the English Channel to the south separating it from continental...
in June 1941, where he joined numerous other governments in exile from Nazi-occupied Europe. The King completed his education at Cambridge University and joined the Royal Air Force
Royal Air Force
The Royal Air Force is the aerial warfare service branch of the British Armed Forces. Formed on 1 April 1918, it is the oldest independent air force in the world...
.

Despite the collapse of the Yugoslav Army, two rival resistance groups to the occupying forces formed. The first were the Partisans, a Communist-led left-wing movement encompassing republican elements in Yugoslav politics, led by Josip Broz Tito
Josip Broz Tito
Marshal Josip Broz Tito – 4 May 1980) was a Yugoslav revolutionary and statesman. While his presidency has been criticized as authoritarian, Tito was a popular public figure both in Yugoslavia and abroad, viewed as a unifying symbol for the nations of the Yugoslav federation...
. The other were the "Yugoslav Army in the Fatherland", commonly known as Chetniks
Chetniks
Chetniks, or the Chetnik movement , were Serbian nationalist and royalist paramilitary organizations from the first half of the 20th century. The Chetniks were formed as a Serbian resistance against the Ottoman Empire in 1904, and participated in the Balkan Wars, World War I, and World War II...
, a predominantly Serbian
Serbs
The Serbs are a South Slavic ethnic group of the Balkans and southern Central Europe. Serbs are located mainly in Serbia, Montenegro and Bosnia and Herzegovina, and form a sizable minority in Croatia, the Republic of Macedonia and Slovenia. Likewise, Serbs are an officially recognized minority in...
movement led by royalist General Draža Mihailović
Draža Mihailovic
Dragoljub "Draža" Mihailović was a Yugoslav Serbian general during World War II...
, soon proclaimed the Minister of Defence in the government-in-exile. Starting in November 1941, Mihailović began attacking the Partisan strongholds, the "liberated territories". The royalist Chetniks soon ceased operations against the occupation altogether, and focused on defeating the Partisans. In this they found a common cause with the enemy and occasional and opportunistic collaboration between the royalists and the Axis troops began, aiming to stamp out the Partisans.

Learning of the shift of allegiance from Ultra intercepts, the Allies switched their support to the Partisans by November 1943, as their sources came to indicate an increasing relationship between the Germans and Mihailović. The Partisans soon gained recognition in Tehran as the Allied Yugoslav forces on the ground. In 1944 the Partisan commander, Marshal Josip Broz Tito was recognized as the Commander-in-Chief of all Yugoslav forces, and was appointed Prime Minister of a joint government.

Peter was deposed by Yugoslavia's Constituent Assembly
Constituent assembly
A constituent assembly is a body composed for the purpose of drafting or adopting a constitution...
on 29 November 1945. After the War, he settled in the United States
United States
The United States of America is a federal constitutional republic comprising fifty states and a federal district...
. After many years of suffering from cirrhosis
Cirrhosis
Cirrhosis is a consequence of chronic liver disease characterized by replacement of liver tissue by fibrosis, scar tissue and regenerative nodules , leading to loss of liver function...
, he died in Denver, Colorado
Colorado
Colorado is a U.S. state that encompasses much of the Rocky Mountains as well as the northeastern portion of the Colorado Plateau and the western edge of the Great Plains...
, on 3 November 1970 after a failed liver
Liver
The liver is a vital organ present in vertebrates and some other animals. It has a wide range of functions, including detoxification, protein synthesis, and production of biochemicals necessary for digestion...
transplant.

He is interred at the St. Sava Monastery Church at Libertyville, Illinois
Libertyville, Illinois
Libertyville is an affluent northern suburb of Chicago in Lake County, Illinois, United States. It is located west of Lake Michigan on the Des Plaines River. The 2000 census population was 20,742; the 2005 estimate was 21,760...
, the only European monarch buried on American
United States
The United States of America is a federal constitutional republic comprising fifty states and a federal district...
soil. His son, Crown Prince Alexander
Alexander, Crown Prince of Yugoslavia
Alexander II Karadjordjevic, Crown Prince of Yugoslavia , is the former crown prince of the former Kingdom of Yugoslavia and the head of the House of Karadjordjevic. Alexander is the only child of former King Peter II of Yugoslavia and Princess Alexandra of Greece and Denmark...
, is the legitimate heir to the Yugoslavian throne.

On 4 March 2007 Crown Prince Alexander announced plans to return the body of his father to Serbia
Serbia
Serbia , officially the Republic of Serbia , is a landlocked country located at the crossroads of Central and Southeast Europe, covering the southern part of the Carpathian basin and the central part of the Balkans...
. The plan has upset some Serbian-Americans
Serbian American
Serbian Americans are citizens of the United States who are of Serbian ancestry. For the 2000 US Census, 140,337 Americans indicated Serbian as their first ancestry, while 170,312 persons declared to have Serbian ancestry...
. Peter II chose St. Sava Serbian Orthodox Monastery as his interim resting place because of the extenuating circumstance that has afflicted his homeland. He is supposed to be transferred to Topola
Topola
Topola is a town and municipality situated in the Šumadija region of Serbia. It was the place where Karađorđe, a Serbian revolutionary, was chosen as the leader of the First Serbian Uprising against the Ottoman Empire in 1804. The local St...
.