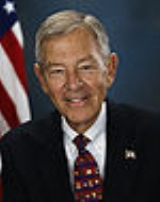 Encyclopedia
Serbian Americans are citizens of the United States
United States
The United States of America is a federal constitutional republic comprising fifty states and a federal district...
who are of Serbian
Serbs
The Serbs are a South Slavic ethnic group of the Balkans and southern Central Europe. Serbs are located mainly in Serbia, Montenegro and Bosnia and Herzegovina, and form a sizable minority in Croatia, the Republic of Macedonia and Slovenia. Likewise, Serbs are an officially recognized minority in...
ancestry. For the 2000 US Census
United States Census, 2000
The Twenty-second United States Census, known as Census 2000 and conducted by the Census Bureau, determined the resident population of the United States on April 1, 2000, to be 281,421,906, an increase of 13.2% over the 248,709,873 persons enumerated during the 1990 Census...
, 140,337 Americans indicated Serbian as their first ancestry, while 170,312 persons declared to have Serbian ancestry. Those can include Serbian Americans living in the United States for one or several generations, dual Serbian American citizens, or any other Serbian Americans who consider themselves to be affiliated to both cultures or countries. Some Serbian Americans might be born in Serbia
Serbia
Serbia , officially the Republic of Serbia , is a landlocked country located at the crossroads of Central and Southeast Europe, covering the southern part of the Carpathian basin and the central part of the Balkans...
, the United States or other countries with an ethnic Serbian population. Because some Serbs are not American citizens, others are dual citizens, and still others' ancestors have come to the US several generations ago, some of these people consider themselves to be simply Americans, Serbs, Serbs living in the United States or American Serbs.

According to the U.S. Census Bureau in 2005, 169,479 Americans declared Serbian descent. The metropolitan area around Chicago
Chicago
Chicago is the largest city in the US state of Illinois. With nearly 2.7 million residents, it is the most populous city in the Midwestern United States and the third most populous in the US, after New York City and Los Angeles...
, Illinois
Illinois
Illinois is the fifth-most populous state of the United States of America, and is often noted for being a microcosm of the entire country. With Chicago in the northeast, small industrial cities and great agricultural productivity in central and northern Illinois, and natural resources like coal,...
, is of particular note for its large Serbian community. This can be seen in a number of architecturally notable church complexes such as St. Simeon Mirotochivi in the East Side
East Side, Chicago
East Side is one of the 77 official community areas of Chicago, Illinois. It is located on the far south side of the city, between the Calumet River and the Illinois-Indiana state line, approximately south of Downtown Chicago...
neighborhood and New Gračanica monastery in Third Lake
Third Lake, Illinois
Third Lake is a village in Lake County, Illinois, United States. The population was 1,355 at the 2000 census.-Geography:Third Lake is located at ....
. Other substantial Serbian-American communities are Atlanta, Georgia
Atlanta, Georgia
Atlanta is the capital and most populous city in the U.S. state of Georgia. According to the 2010 census, Atlanta's population is 420,003. Atlanta is the cultural and economic center of the Atlanta metropolitan area, which is home to 5,268,860 people and is the ninth largest metropolitan area in...
; Cleveland, Ohio
Cleveland, Ohio
Cleveland is a city in the U.S. state of Ohio and is the county seat of Cuyahoga County, the most populous county in the state. The city is located in northeastern Ohio on the southern shore of Lake Erie, approximately west of the Pennsylvania border...
; Detroit, Michigan
Detroit, Michigan
Detroit is the major city among the primary cultural, financial, and transportation centers in the Metro Detroit area, a region of 5.2 million people. As the seat of Wayne County, the city of Detroit is the largest city in the U.S. state of Michigan and serves as a major port on the Detroit River...
; New York, New York; and Wheeling, West Virginia
Wheeling, West Virginia
Wheeling is a city in Ohio and Marshall counties in the U.S. state of West Virginia; it is the county seat of Ohio County. Wheeling is the principal city of the Wheeling Metropolitan Statistical Area...
.

But more Serbians are thought to live in the Southern and Western U.S., primarily in the San Francisco Bay Area
San Francisco Bay Area
The San Francisco Bay Area, commonly known as the Bay Area, is a populated region that surrounds the San Francisco and San Pablo estuaries in Northern California. The region encompasses metropolitan areas of San Francisco, Oakland, and San Jose, along with smaller urban and rural areas...
and the Las Vegas
Las Vegas metropolitan area
The Las Vegas Valley is the heart of the Las Vegas-Paradise, NV MSA also known as the Las Vegas–Paradise–Henderson MSA which includes all of Clark County, Nevada, and is a metropolitan area in the southern part of the U.S. state of Nevada. The Valley is defined by the Las Vegas Valley landform, a ...
area; Los Angeles
Los Ángeles
Los Ángeles is the capital of the province of Biobío, in the commune of the same name, in Region VIII , in the center-south of Chile. It is located between the Laja and Biobío rivers. The population is 123,445 inhabitants...
as well across Southern California
Southern California
Southern California is a megaregion, or megapolitan area, in the southern area of the U.S. state of California. Large urban areas include Greater Los Angeles and Greater San Diego. The urban area stretches along the coast from Ventura through the Southland and Inland Empire to San Diego...
(i.e., Orange County
Orange County, California
Orange County is a county in the U.S. state of California. Its county seat is Santa Ana. As of the 2010 census, its population was 3,010,232, up from 2,846,293 at the 2000 census, making it the third most populous county in California, behind Los Angeles County and San Diego County...
, San Diego and the Coachella Valley
Coachella Valley
Coachella Valley is a large valley landform in Southern California. The valley extends for approximately 45 miles in Riverside County southeast from the San Bernardino Mountains to the saltwater Salton Sea, the largest lake in California...
) by recent Serbian, Croatian and Bosnian immigration; and Phoenix, Arizona
Phoenix, Arizona
Phoenix is the capital, and largest city, of the U.S. state of Arizona, as well as the sixth most populated city in the United States. Phoenix is home to 1,445,632 people according to the official 2010 U.S. Census Bureau data...
, since the 1980s; and Dallas, Texas
Dallas, Texas
Dallas is the third-largest city in Texas and the ninth-largest in the United States. The Dallas-Fort Worth Metroplex is the largest metropolitan area in the South and fourth-largest metropolitan area in the United States...
; Greensboro, North Carolina
Greensboro, North Carolina
Greensboro is a city in the U.S. state of North Carolina. It is the third-largest city by population in North Carolina and the largest city in Guilford County and the surrounding Piedmont Triad metropolitan region. According to the 2010 U.S...
; Houston, Texas
Houston, Texas
Houston is the fourth-largest city in the United States, and the largest city in the state of Texas. According to the 2010 U.S. Census, the city had a population of 2.1 million people within an area of . Houston is the seat of Harris County and the economic center of , which is the ...
; and Orlando, Florida
Orlando, Florida
Orlando is a city in the central region of the U.S. state of Florida. It is the county seat of Orange County, and the center of the Greater Orlando metropolitan area. According to the 2010 US Census, the city had a population of 238,300, making Orlando the 79th largest city in the United States...
, since the 1990s.

In the 1880s Serbs settled in Montana
Montana
Montana is a state in the Western United States. The western third of Montana contains numerous mountain ranges. Smaller, "island ranges" are found in the central third of the state, for a total of 77 named ranges of the Rocky Mountains. This geographical fact is reflected in the state's name,...
.
Serbs came in two periods to Cleveland, the early 20th century and from World War II to the 1980s. Lazar Krivokapic, a Serb from Montenegro
Serbs of Montenegro
Montenegrin Serbs is a regional, ethnographic group of ethnic Serbs. They compose the second largest ethnic group in Montenegro after the Montenegrins....
who settled in Cleveland in 1893, is considered the city's first Serb.

In the second half of 19th century, most Serbs in California lived in mining regions, but later settled in larger communities.
Serbs in California formed social-cultural organizations, church-schooling communities and parishes. They were initially united with Russians, Greeks and Syriacs thus part of mixed Orthodox Christian parishes. Russian clergymen supported the idea of Serbian parishes since the ethnic groups had differing customs, (language
Serbian language
Serbian is a form of Serbo-Croatian, a South Slavic language, spoken by Serbs in Serbia, Bosnia and Herzegovina, Montenegro, Croatia and neighbouring countries....
, overall traditions
Serbian culture
Serbian culture refers to the culture of Serbia and of ethnic Serbs.The Serbian culture starts with that of the South Slavic peoples that lived in the Balkans. Early on, Serbs may have been influenced by the Paleo-Balkan peoples...
, Krsna slava, etc.)
The largest number of Californian Serbs today live in San Francisco and Los Angeles.

Chicago is regarded the Serbian stronghold of America. In 1872, Ivan Vucetich arrives in Chicago. The first organization "Obilich" is formed in 1878. In 1893 the first Serbian parade is held in Chicago on Michigan avenue. Mihajlo Pupin, a Serbian inventor, lived in Chicago.
In 1930 there were 40.000 - 60.000 Serbs (Yugoslavs) in Chicago.
Chicago is also known as second city by the number of Serbs, right after Belgrade. According to unofficial data, the number of citizens of Serbian origin is between 350,000 and 500,000.
Serbs, along with Croats and other South Slavs
South Slavs
The South Slavs are the southern branch of the Slavic peoples and speak South Slavic languages. Geographically, the South Slavs are native to the Balkan peninsula, the southern Pannonian Plain and the eastern Alps...
settled in the state of Pennsylvania
Pennsylvania
The Commonwealth of Pennsylvania is a U.S. state that is located in the Northeastern and Mid-Atlantic regions of the United States. The state borders Delaware and Maryland to the south, West Virginia to the southwest, Ohio to the west, New York and Ontario, Canada, to the north, and New Jersey to...
in fairly large numbers in the late 1800s and in three phases throughout the 20th century. The first wave was halted by World War I
World War I
World War I , which was predominantly called the World War or the Great War from its occurrence until 1939, and the First World War or World War I thereafter, was a major war centred in Europe that began on 28 July 1914 and lasted until 11 November 1918...
, then came refugees fleeing World War II
World War II
World War II, or the Second World War , was a global conflict lasting from 1939 to 1945, involving most of the world's nations—including all of the great powers—eventually forming two opposing military alliances: the Allies and the Axis...
and Josip Broz Tito
Josip Broz Tito
Marshal Josip Broz Tito – 4 May 1980) was a Yugoslav revolutionary and statesman. While his presidency has been criticized as authoritarian, Tito was a popular public figure both in Yugoslavia and abroad, viewed as a unifying symbol for the nations of the Yugoslav federation...
's regime of what was then Yugoslavia
Yugoslavia
Yugoslavia refers to three political entities that existed successively on the western part of the Balkans during most of the 20th century....
and the recent wave since 1980 by the breakup of Yugoslavia followed by the Bosnian Civil war of the 1990s. Large Serbian communities and ethnic neighborhoods can be found in Pittsburgh; Philadelphia; Harrisburg
Harrisburg, Pennsylvania
Harrisburg is the capital of Pennsylvania. As of the 2010 census, the city had a population of 49,528, making it the ninth largest city in Pennsylvania...
and Erie, Pennsylvania
Erie, Pennsylvania
Erie is a city located in northwestern Pennsylvania in the United States. Named for the lake and the Native American tribe that resided along its southern shore, Erie is the state's fourth-largest city , with a population of 102,000...
.