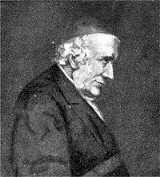 Encyclopedia
The Oxford Movement was a movement of High Church
High church
The term "High Church" refers to beliefs and practices of ecclesiology, liturgy and theology, generally with an emphasis on formality, and resistance to "modernization." Although used in connection with various Christian traditions, the term has traditionally been principally associated with the...
Anglicans
Church of England
The Church of England is the officially established Christian church in England and the Mother Church of the worldwide Anglican Communion. The church considers itself within the tradition of Western Christianity and dates its formal establishment principally to the mission to England by St...
, eventually developing into Anglo-Catholicism
Anglo-Catholicism
The terms Anglo-Catholic and Anglo-Catholicism describe people, beliefs and practices within Anglicanism that affirm the Catholic, rather than Protestant, heritage and identity of the Anglican churches....
. The movement, whose members were often associated with the University of Oxford
University of Oxford
The University of Oxford is a university located in Oxford, United Kingdom. It is the second-oldest surviving university in the world and the oldest in the English-speaking world. Although its exact date of foundation is unclear, there is evidence of teaching as far back as 1096...
, argued for the reinstatement of lost Christian traditions of faith and their inclusion into Anglican liturgy and theology. They conceived of the Anglican Church as one of three branches
Branch theory
The Branch Theory is a theological concept within Anglicanism, holding that the Roman Catholic Church, the Eastern Orthodox Church and the Anglican Communion are the three principal branches of the One, Holy, Catholic, and Apostolic Church.-Theory:...
of the Catholic Church.

It was also known as the Tractarian Movement after its series of publications Tracts for the Times
Tracts for the Times
The Tracts for the Times were a series of 90 theological publications, varying in length from a few pages to book-length, produced by members of the English Oxford Movement, an Anglo-Catholic revival group, from 1833 to 1841...
, published between 1833 and 1841. The group was also disparagingly called Newmanites (pre-1845) and Puseyites (post-1845) after two prominent Tractarians, John Henry Newman and Edward Bouverie Pusey
Edward Bouverie Pusey
Edward Bouverie Pusey was an English churchman and Regius Professor of Hebrew at Christ Church, Oxford. He was one of the leaders of the Oxford Movement.-Early years:...
. Other well-known Tractarians included John Keble
John Keble
John Keble was an English churchman and poet, one of the leaders of the Oxford Movement, and gave his name to Keble College, Oxford.-Early life:...
, Charles Marriott
Charles Marriott (Tractarian)
Charles Marriott was an Anglican priest, a fellow of Oriel College, Oxford, and one of the members of the Oxford Movement. He was responsible for editing more than half of the volumes of their series of translations, the Library of the Fathers....
, Richard Hurrell Froude
Richard Hurrell Froude
Richard Hurrell Froude was an Anglican priest and an early leader of the Oxford Movement.-Life:He was the son of Archdeacon R. H...
, Robert Wilberforce
Robert Isaac Wilberforce
Robert Isaac Wilberforce was an English clergyman and writer, second son of abolitionist William Wilberforce, and active in the Oxford Movement.-Early life and education:...
, Isaac Williams
Isaac Williams
The Reverend Isaac Williams was a prominent member of the Oxford Movement, a student and disciple of John Keble and, like the other members of the movement, associated with Oxford University...
and William Palmer
William Palmer (theologian)
Sir William Palmer was an Anglican theologian and liturgical scholar of the 19th century.The Rev., afterwards Sir, William Palmer, Bart., of Worcester College, University of Oxford, was author of the Origines Liturgicæ and Treatise on the Church of Christ...
.

The immediate impetus for the movement was a perceived secularization of the church, focused particularly on the decision by the government to reduce by ten the number of Irish bishops in the Church of Ireland
Church of Ireland
The Church of Ireland is an autonomous province of the Anglican Communion. The church operates in all parts of Ireland and is the second largest religious body on the island after the Roman Catholic Church...
following the 1832 Reform Act. Keble attacked these proposals as 'national apostasy
Apostasy
Apostasy , 'a defection or revolt', from ἀπό, apo, 'away, apart', στάσις, stasis, 'stand, 'standing') is the formal disaffiliation from or abandonment or renunciation of a religion by a person. One who commits apostasy is known as an apostate. These terms have a pejorative implication in everyday...
' in his Assize Sermon in Oxford in 1833. The movement's leaders attacked liberalism
Liberal Christianity
Liberal Christianity, sometimes called liberal theology, is an umbrella term covering diverse, philosophically and biblically informed religious movements and ideas within Christianity from the late 18th century and onward...
in theology
Theology
Theology is the systematic and rational study of religion and its influences and of the nature of religious truths, or the learned profession acquired by completing specialized training in religious studies, usually at a university or school of divinity or seminary.-Definition:Augustine of Hippo...
. Their interest in Christian origins led them to reconsider the relationship of the Church of England with the Roman Catholic Church.

The movement postulated the Branch Theory
Branch theory
The Branch Theory is a theological concept within Anglicanism, holding that the Roman Catholic Church, the Eastern Orthodox Church and the Anglican Communion are the three principal branches of the One, Holy, Catholic, and Apostolic Church.-Theory:...
, which states that Anglicanism along with Orthodoxy
Eastern Orthodox Church
The Orthodox Church, officially called the Orthodox Catholic Church and commonly referred to as the Eastern Orthodox Church, is the second largest Christian denomination in the world, with an estimated 300 million adherents mainly in the countries of Belarus, Bulgaria, Cyprus, Georgia, Greece,...
and Roman Catholicism form three "branches" of the one "Catholic Church". Men in the movement argued for the inclusion of traditional aspects of liturgy from medieval religious practice, as they believed the church had become too "plain". In the final Tract XC, Newman argued that the doctrines of the Roman Catholic Church
Roman Catholic Church
The Catholic Church, also known as the Roman Catholic Church, is the world's largest Christian church, with over a billion members. Led by the Pope, it defines its mission as spreading the gospel of Jesus Christ, administering the sacraments and exercising charity...
, as defined by the Council of Trent
Council of Trent
The Council of Trent was the 16th-century Ecumenical Council of the Roman Catholic Church. It is considered to be one of the Church's most important councils. It convened in Trent between December 13, 1545, and December 4, 1563 in twenty-five sessions for three periods...
, were compatible with the Thirty-Nine Articles
Thirty-Nine Articles
The Thirty-Nine Articles of Religion are the historically defining statements of doctrines of the Anglican church with respect to the controversies of the English Reformation. First established in 1563, the articles served to define the doctrine of the nascent Church of England as it related to...
of the sixteenth-century Church of England. Newman's conversion to Roman Catholicism in 1845, followed by that of Henry Edward Manning in 1851, had a profound effect upon the movement.

The Oxford Movement was attacked for being a mere "Romanising
Catholicism
Catholicism is a broad term for the body of the Catholic faith, its theologies and doctrines, its liturgical, ethical, spiritual, and behavioral characteristics, as well as a religious people as a whole....
" tendency, but it began to have an influence on the theory and practice of Anglicanism. It resulted in the establishment of Anglican religious orders, both of men and women. It incorporated ideas and practices related to the practice of liturgy and ceremony in a move to bring more powerful emotional symbolism and energy to the church. In particular it brought the insights of the Liturgical Movement
Liturgical Movement
The Liturgical Movement began as a movement of scholarship for the reform of worship within the Roman Catholic Church. It has grown over the last century and a half and has affected many other Christian Churches, including the Church of England and other Churches of the Anglican Communion, and some...
into the life of the Church. Its effects were so widespread that the Eucharist
Eucharist
The Eucharist , also called Holy Communion, the Sacrament of the Altar, the Blessed Sacrament, the Lord's Supper, and other names, is a Christian sacrament or ordinance...
gradually became more central to worship, vestments became common, and numerous Catholic practices were re-introduced into worship. This led to controversies within churches that ended up in court, as in the dispute about ritualism. 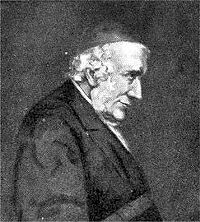 Partly because bishops refused to give livings to Tractarian priests, many of them ended up working in the slums. From their new ministries they developed a critique of British social policy, both local and national. One of the upshots was the establishment of the Christian Social Union
Christian Social Union (Church of England)
The Christian Social Union was an organisation within the Church of England devoted to the study of social conditions and the remedying of social injustice, which flourished in the latter part of the nineteenth century and continued into the early twentieth. Its origins lay in the writings of F.D....
, of which a number of bishops were members, where issues such as the just wage, the system of property renting, infant mortality and industrial conditions were debated. The more radical Catholic Crusade was a much smaller organisation than the Oxford Movement. Anglo-Catholicism
Anglo-Catholicism
The terms Anglo-Catholic and Anglo-Catholicism describe people, beliefs and practices within Anglicanism that affirm the Catholic, rather than Protestant, heritage and identity of the Anglican churches....
, as this complex of ideas, styles and organizations became known, had a massive influence on global Anglicanism.


Receptions into the Roman Catholic Church

One of the principal writers and proponents of the Tractarian Movement was John Henry Newman, a popular Oxford priest who, after writing his final tract, Tract 90
Tract 90
Remarks on Certain Passages in the Thirty-Nine Articles, better known as Tract 90, was a theological pamphlet written by the English theologian and churchman John Henry Newman and published in 1841...
, became convinced that the Branch Theory
Branch theory
The Branch Theory is a theological concept within Anglicanism, holding that the Roman Catholic Church, the Eastern Orthodox Church and the Anglican Communion are the three principal branches of the One, Holy, Catholic, and Apostolic Church.-Theory:...
was inadequate and was received into the Roman Catholic Church
Roman Catholic Church
The Catholic Church, also known as the Roman Catholic Church, is the world's largest Christian church, with over a billion members. Led by the Pope, it defines its mission as spreading the gospel of Jesus Christ, administering the sacraments and exercising charity...
in 1845. He was ordained a priest in that church in the same year and later became a cardinal. He was one of a number of Anglican clergy who became Roman Catholics during the 1840s who were either members of, or were influenced by, the Tractarian Movement. Some opponents of the Oxford Movement viewed this as proof that the movement had sought to "Romanise" the church.

Other major figures influenced by the movement who became Roman Catholics included:


Others associated with Tractarianism