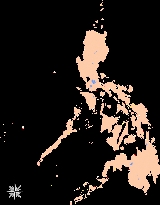 Encyclopedia
A municipality is a local government unit in the Philippines
Philippines
The Philippines , officially known as the Republic of the Philippines , is a country in Southeast Asia in the western Pacific Ocean. To its north across the Luzon Strait lies Taiwan. West across the South China Sea sits Vietnam...
. Municipalities are also called town
Town
A town is a human settlement larger than a village but smaller than a city. The size a settlement must be in order to be called a "town" varies considerably in different parts of the world, so that, for example, many American "small towns" seem to British people to be no more than villages, while...
s (which is actually a better translation of "bayan"). They are distinct from cities, which are a different category of local government unit (LGU). A municipal district is a now-defunct local government unit; previously certain areas were created first as municipal districts before they are created into municipalities.

Municipalities have some autonomy from the National Government of the Republic of the Philippines under the Local Government Code of 1991. They have been granted corporate personality enabling them to enact local policies and laws, enforce them, and govern their jurisdictions. They can enter into contracts and other transactions through their elected and appointed officials and can tax. They are tasked with enforcing all laws, whether local or national. The National Government assists and supervises the local government to make sure that they do not violate national law. Local Governments have their own executive and legislative branches and the checks and balances between these two major branches, along with their separation, are more pronounced than that of the national government. The Judicial Branch of the Republic of the Philippines also caters to the needs of local government units. Local governments, such as a municipalities, do not to have their own judicial branch: their judiciary is the same as that of the national government.

A municipality is headed by a municipal mayor
Mayor
In many countries, a Mayor is the highest ranking officer in the municipal government of a town or a large urban city....
who is the executive officer
Executive officer
An executive officer is generally a person responsible for running an organization, although the exact nature of the role varies depending on the organization.-Administrative law:...
. The legislature
Legislature
A legislature is a kind of deliberative assembly with the power to pass, amend, and repeal laws. The law created by a legislature is called legislation or statutory law. In addition to enacting laws, legislatures usually have exclusive authority to raise or lower taxes and adopt the budget and...
is composed of the vice-mayor (bise-mayor) and eight councilors (kagawad or konsehal). The eight councilors, along with the Sangguniang Kabataan
Sangguniang Kabataan
The Sangguniang Kabataan is the governing body in every chapter of the Katipunan ng Kabataan . Each barangay in the Philippines is mandated by law to have its own chapter of the Katipunan ng Kabataan, aging from 15 to 18 years old who resides in their respective barangays for at least 6months...
(SK) (Youth Council) President and the Liga ng mga Barangay President
Liga ng mga Barangay
The Liga ng mga Barangay sa Pilipinas is a formal organization of all the barangays in the Philippines...
, form the Sangguniang Bayan
Sangguniang Bayan
The Sangguniang Bayan is the legislature of municipal governments in the Philippines. It passes ordinances and resolutions for the effective administration of the municipality...
(Municipal Council). All are elected and serve 3-year terms. They cannot serve more than three consecutive terms (9 years).

The Vice-Mayor presides over the legislature, but cannot vote except to break a tie. Laws or ordinances proposed by the legislature (Sangguniang Bayan) may be approved or vetoed by the Mayor. If approved they become law. If the Mayor neither vetoes nor approves the proposal of the Sangguniang Bayan for ten (10) days from the time of receipt, the said proposal becomes law as if it had been signed. If vetoed, the draft is sent back to the Sangguniang Bayan. The latter may 'override' the Mayor by a vote of at least 2/3 of all its members, in which case, the proposal becomes Law.

Municipalities are divided into income classes according to their average annual income during the last three calendar years: