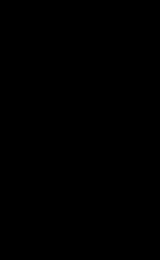 Overview
meta-Chloroperoxybenzoic acid (mCPBA) is a peroxycarboxylic acid used widely as an oxidant in organic synthesis
Organic synthesis
Organic synthesis is a special branch of chemical synthesis and is concerned with the construction of organic compounds via organic reactions. Organic molecules can often contain a higher level of complexity compared to purely inorganic compounds, so the synthesis of organic compounds has...
. mCPBA is often preferred to other peroxy acids because of its relative ease of handling. The main areas of use are the conversion of ketone
Ketone
In organic chemistry, a ketone is an organic compound with the structure RCR', where R and R' can be a variety of atoms and groups of atoms. It features a carbonyl group bonded to two other carbon atoms. Many ketones are known and many are of great importance in industry and in biology...
s to ester
Ester
Esters are chemical compounds derived by reacting an oxoacid with a hydroxyl compound such as an alcohol or phenol. Esters are usually derived from an inorganic acid or organic acid in which at least one -OH group is replaced by an -O-alkyl group, and most commonly from carboxylic acids and...
s (Baeyer-Villiger oxidation
Baeyer-Villiger oxidation
The Baeyer–Villiger oxidation is an organic reaction in which a ketone is oxidized to an ester by treatment with peroxy acids or hydrogen peroxide. Key features of the Baeyer–Villiger oxidation are its stereospecificity and predictable regiochemistry...
), epoxidation
Epoxide
An epoxide is a cyclic ether with three ring atoms. This ring approximately defines an equilateral triangle, which makes it highly strained. The strained ring makes epoxides more reactive than other ethers. Simple epoxides are named from the parent compound ethylene oxide or oxirane, such as in...
of alkenes (Prilezhaev reaction), oxidation of sulfide
Sulfide
A sulfide is an anion of sulfur in its lowest oxidation state of 2-. Sulfide is also a slightly archaic term for thioethers, a common type of organosulfur compound that are well known for their bad odors.- Properties :...
s to sulfoxide
Sulfoxide
A sulfoxide is a chemical compound containing a sulfinyl functional group attached to two carbon atoms. Sulfoxides can be considered as oxidized sulfides...
s and sulfone
Sulfone
A sulfone is a chemical compound containing a sulfonyl functional group attached to two carbon atoms. The central hexavalent sulfur atom is double bonded to each of two oxygen atoms and has a single bond to each of two carbon atoms, usually in two separate hydrocarbon substituents.-IUPAC name and...
s, and oxidation of amine
Amine
Amines are organic compounds and functional groups that contain a basic nitrogen atom with a lone pair. Amines are derivatives of ammonia, wherein one or more hydrogen atoms have been replaced by a substituent such as an alkyl or aryl group. Important amines include amino acids, biogenic amines,...
s to produce amine oxide
Amine oxide
An amine oxide, also known as amine-N-oxide and N-oxide, is a chemical compound that contains the functional group R3N+-O−, an N-O bond with three additional hydrogen and/or hydrocarbon side chains attached to N. Sometimes it is written as R3N→O or, wrongly, as R3N=O.In the strict sense the...
s. mCPBA is a strong oxidizing agent that may cause fire upon contact with flammable material.
mCPBA can be prepared by reacting m-chlorobenzoyl chloride with hydrogen peroxide
Hydrogen peroxide
Hydrogen peroxide is the simplest peroxide and an oxidizer. Hydrogen peroxide is a clear liquid, slightly more viscous than water. In dilute solution, it appears colorless. With its oxidizing properties, hydrogen peroxide is often used as a bleach or cleaning agent...
in the presence of magnesium sulfate
Magnesium sulfate
Magnesium sulfate is a chemical compound containing magnesium, sulfur and oxygen, with the formula MgSO4. It is often encountered as the heptahydrate epsomite , commonly called Epsom salt, from the town of Epsom in Surrey, England, where the salt was distilled from the springs that arise where the...
, aqueous sodium hydroxide, and dioxane, followed by acidification.
As a pure substance, m-CPBA can be detonated by shock or by sparks.