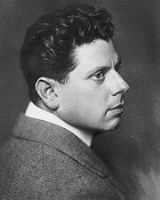 Reinhardt was born Maximilian Goldmann, of Jewish ancestry, in Baden bei Wien
Baden bei Wien
-Points of interest:The town offers several parks and a picturesque surrounding, of which the most frequented is the Helenental valley. Not far from Baden, the valley is crossed by a widespread aqueduct of the Vienna waterworks...
, Austria-Hungary
Austria-Hungary
Austria-Hungary , more formally known as the Kingdoms and Lands Represented in the Imperial Council and the Lands of the Holy Hungarian Crown of Saint Stephen, was a constitutional monarchic union between the crowns of the Austrian Empire and the Kingdom of Hungary in...
. From 1902 until the beginning of Nazi
Nazism
Nazism, the common short form name of National Socialism was the ideology and practice of the Nazi Party and of Nazi Germany...
rule in 1933, he worked as a director at various theaters in Berlin. From 1905 to 1930 he managed the Deutsches Theater ("German Theatre") in Berlin and, in addition, the Theater in der Josefstadt
Theater in der Josefstadt
The Theater in der Josefstadt is a theater in Vienna in the eighth district of Josefstadt. It was founded in 1788 and is the oldest still performing theater in Vienna...
in Vienna
Vienna
Vienna is the capital and largest city of the Republic of Austria and one of the nine states of Austria. Vienna is Austria's primary city, with a population of about 1.723 million , and is by far the largest city in Austria, as well as its cultural, economic, and political centre...
from 1924 to 1933. By employing powerful staging
Staging (theatre)
Staging is the process of selecting, designing, adapting to, or modifying the performance space for a play or film. This includes the use or absence of stagecraft elements as well as the structure of the stage and its components....
techniques, and harmonising stage design, language
Language
Language may refer either to the specifically human capacity for acquiring and using complex systems of communication, or to a specific instance of such a system of complex communication...
, music
Music
Music is an art form whose medium is sound and silence. Its common elements are pitch , rhythm , dynamics, and the sonic qualities of timbre and texture...
and choreography
Choreography
Choreography is the art of designing sequences of movements in which motion, form, or both are specified. Choreography may also refer to the design itself, which is sometimes expressed by means of dance notation. The word choreography literally means "dance-writing" from the Greek words "χορεία" ...
, Reinhardt introduced new dimensions into German theatre.

In 1920, Reinhardt established the Salzburg Festival
Salzburg Festival
The Salzburg Festival is a prominent festival of music and drama established in 1920. It is held each summer within the Austrian town of Salzburg, the birthplace of Wolfgang Amadeus Mozart...
with Richard Strauss
Richard Strauss
Richard Georg Strauss was a leading German composer of the late Romantic and early modern eras. He is known for his operas, which include Der Rosenkavalier and Salome; his Lieder, especially his Four Last Songs; and his tone poems and orchestral works, such as Death and Transfiguration, Till...
and Hugo von Hofmannsthal
Hugo von Hofmannsthal
Hugo Laurenz August Hofmann von Hofmannsthal ; , was an Austrian novelist, librettist, poet, dramatist, narrator, and essayist.-Early life:...
, notably directing an annual production of the morality play Everyman about God sending Death to summon a representative of mankind for judgement.

After the Anschluss
Anschluss
The Anschluss , also known as the ', was the occupation and annexation of Austria into Nazi Germany in 1938....
of Austria to Nazi-governed Germany in 1938, he emigrated first to England, then to the United States, where he had already successfully directed his own play The Miracle
The Miracle (play)
The Miracle was a 1911 play written by Karl Vollmöller and directed by Max Reinhardt, from which three movie versions were later adapted. The play first appeared as a spectacle-pantomime in Germany in 1911....
in 1924, and a popular stage version of Shakespeare's A Midsummer Night's Dream
A Midsummer Night's Dream
A Midsummer Night's Dream is a play that was written by William Shakespeare. It is believed to have been written between 1590 and 1596. It portrays the events surrounding the marriage of the Duke of Athens, Theseus, and the Queen of the Amazons, Hippolyta...
in 1927.

Reinhardt followed that success by directing a film version
A Midsummer Night's Dream (1935 film)
A Midsummer Night's Dream is a 1935 film directed by Max Reinhardt and William Dieterle, produced by Henry Blanke and Hal Wallis, and adapted by Charles Kenyon and Mary C. McCall Jr...
in 1935 using a mostly different cast, that included James Cagney
James Cagney
James Francis Cagney, Jr. was an American actor, first on stage, then in film, where he had his greatest impact. Although he won acclaim and major awards for a wide variety of performances, he is best remembered for playing "tough guys." In 1999, the American Film Institute ranked him eighth...
, Mickey Rooney
Mickey Rooney
Mickey Rooney is an American film actor and entertainer whose film, television, and stage appearances span nearly his entire lifetime. He has won multiple awards, including an Honorary Academy Award, a Golden Globe and an Emmy Award...
, Joe E. Brown
Joe E. Brown (comedian)
Joseph Evans Brown was an American actor and comedian, remembered for his amiable screen persona, comic timing, and enormous smile. In 1902 at the age of nine, he joined a troupe of circus tumblers known as the Five Marvelous Ashtons which toured the country on both the circus and vaudeville...
and Olivia de Havilland
Olivia de Havilland
Olivia Mary de Havilland is a British American film and stage actress. She won the Academy Award for Best Actress in 1946 and 1949. She is the elder sister of actress Joan Fontaine. The sisters are among the last surviving leading ladies from Hollywood of the 1930s.-Early life:Olivia de Havilland...
, amongst others. Mickey Rooney and Ms. de Havilland had also appeared in Reinhardt's 1934 stage production, which was staged at the Hollywood Bowl
Hollywood Bowl
The Hollywood Bowl is a modern amphitheater in the Hollywood area of Los Angeles, California, United States that is used primarily for music performances...
. The Nazis banned the film because of the Jewish ancestry of both Reinhardt and Felix Mendelssohn
Felix Mendelssohn
Jakob Ludwig Felix Mendelssohn Barthóldy , use the form 'Mendelssohn' and not 'Mendelssohn Bartholdy'. The Grove Dictionary of Music and Musicians gives ' Felix Mendelssohn' as the entry, with 'Mendelssohn' used in the body text...
, whose music (arranged by Erich Korngold) was used throughout the film.

Reinhardt also opened the Reinhardt School of the Theatre in Hollywood, on Sunset Boulevard
Sunset Boulevard
Sunset Boulevard is a street in the western part of Los Angeles County, California, that stretches from Figueroa Street in downtown Los Angeles to the Pacific Coast Highway at the Pacific Ocean in the Pacific Palisades...
. Several notable stars of the day received classical theater training, among them actress Nanette Fabray
Nanette Fabray
Nanette Fabray is an American actress, comedienne, singer, dancer, and activist. She began her career performing in vaudeville as a child and then became a musical theatre actress during the 1940s and 1950s, winning a Tony Award in 1949 for her performance in Love Life...
.

In 1940 he became a naturalized citizen of the United States. At that time, he was married to his second wife, the actress Helene Thimig.

Reinhardt was much more interested in film than most of his contemporaries in theater. He made films as a director and from time to time also as a producer. His first staging for the film was Sumurûn (1910). After that, Reinhardt founded his own film company. He was chosen to direct the film adaptation
Film adaptation
Film adaptation is the transfer of a written work to a feature film. It is a type of derivative work.A common form of film adaptation is the use of a novel as the basis of a feature film, but film adaptation includes the use of non-fiction , autobiography, comic book, scripture, plays, and even...
Das Mirakel (1912). Controversies around the staging of Mirakel, which was shown in the Vienna Rotunde
Rotunde
The Rotunde in Vienna was a building erected for the Weltausstellung 1873 Wien .The building was a partially covered circular steel construction, 84 m in height and 108 m in diameter...
in 1912, led to Reinhardt's retreat from the project. The author of the play, Reinhardt's friend and confidant Karl Vollmoeller
Karl Vollmöller
Karl Gustav Vollmöller, usually written Vollmoeller was a German playwright and screenwriter.He is most famous for two works, the screenplay for the celebrated 1930 German film Der Blaue Engel , which made a star of Marlene Dietrich, and the elaborate religious spectacle-pantomime Das Mirakel ,...
, won the French director Michel-Antoine Carré to finish the shooting.

Reinhardt made the films Die Insel der Seligen and Eine venezianische Nacht for the German film producer Paul Davidson, in 1913 and 1914. Both films meant a lot of work for Reinhardt's cameraman Karl Freund, as Reinhardt also demanded special shootings like that of a lagoon in the moonlight.

Die Insel der Seligen was praised by the critics above all for Reinhardt's work on the clearness of expression and a vivid play of the features. The film attracted attention through its erotic acting. Its ancient mythical setting included sea gods, nymphs, and fauns, and the actors appeared naked. The part playing in the present fit the strict customs of the time of the late German resp. Austrian monarchy. The actors had to live up to the demands of double roles. Wilhelm Diegelmann and Willy Prager played the bourgeois fathers as well as the sea gods, Ernst Matray a bachelor and a faun, Leopoldine Konstantin
Leopoldine Konstantin
Leopoldine Konstantin was an Austrian actress. She took acting lessons with Alexander Strakosch, whom she married shortly afterwards, and made her debut in the Deutsches Theater in Berlin in 1907...
the Circe
Circe
In Greek mythology, Circe is a minor goddess of magic , described in Homer's Odyssey as "The loveliest of all immortals", living on the island of Aeaea, famous for her part in the adventures of Odysseus.By most accounts, Circe was the daughter of Helios, the god of the sun, and Perse, an Oceanid...
.

Censors demanded the according scenes to be removed, but these demands weren't fulfilled.

The shooting for Eine venezianische Nacht by Karl Gustav Vollmoeller took place in Venice. Maria Carmi played the bride, Alfred Abel
Alfred Abel
Alfred Abel was a German film actor, director, and producer. He appeared in over 140 silent and sound films between 1913 and 1938...
the young stranger, and Ernst Matray Anselmus and Pipistrello. The shooting was disturbed by a fanatic who incited the attendant Venetians against the German speaking staff.

Reinhardt's theater work was strongly inspired by the film. He transferred the stylistic principles of his theater work all too strongly to the film and didn't know to exploit the own means of the film creatively. Therefore, his films weren't great successes.

Reinhardt, different than many other stage directors, encouraged his actors to work for the film.