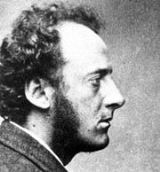 My maturity has not fulfilled the hopes and ambitions of my youth.