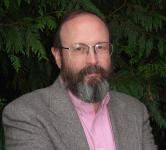 Joseph "Joe" Felsenstein (born 1942) is Professor in the Departments of Genome Sciences and Biology
Biology
Biology is a natural science concerned with the study of life and living organisms, including their structure, function, growth, origin, evolution, distribution, and taxonomy. Biology is a vast subject containing many subdivisions, topics, and disciplines...
and Adjunct Professor in the Departments of Computer Science
Computer science
Computer science or computing science is the study of the theoretical foundations of information and computation and of practical techniques for their implementation and application in computer systems...
and Statistics
Statistics
Statistics is the study of the collection, organization, analysis, and interpretation of data. It deals with all aspects of this, including the planning of data collection in terms of the design of surveys and experiments....
at the University of Washington
University of Washington
University of Washington is a public research university, founded in 1861 in Seattle, Washington, United States. The UW is the largest university in the Northwest and the oldest public university on the West Coast. The university has three campuses, with its largest campus in the University...
in Seattle. He is best known for his work on phylogenetic inference, and is the author of Inferring Phylogenies, and principal author and distributor of the package of phylogenetic inference programs called PHYLIP
PHYLIP
PHYLIP is a free computational phylogenetics package of programs for inferring evolutionary trees . The name is an acronym for PHYLogeny Inference Package. It consists of 35 portable programs, i.e...
. Closely related to his work on phylogenetic inference is his introduction of methods for making statistically independent comparisons using phylogenies (Felsenstein, 1985).

He is the older brother of early personal computer designer Lee Felsenstein
Lee Felsenstein
Lee Felsenstein is an American computer engineer who played a central role in the development of the personal computer...
. He was a Red Diaper Baby
Red diaper baby
Red diaper baby describes a child of parents who were members of the United States Communist Party or were close to the party or sympathetic to its aims.-History:...
(child of CPUSA members) and was named after Joseph Stalin
Joseph Stalin
Joseph Vissarionovich Stalin was the Premier of the Soviet Union from 6 May 1941 to 5 March 1953. He was among the Bolshevik revolutionaries who brought about the October Revolution and had held the position of first General Secretary of the Communist Party of the Soviet Union's Central Committee...
.