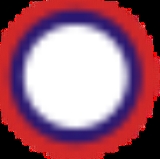 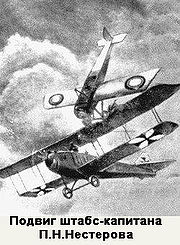 The Imperial Russian Air Force (Императорскiй военно-воздушный флотъ, Emperor's Military Air Fleet) existed in the Russian Empire
Russian Empire
The Russian Empire was a state that existed from 1721 until the Russian Revolution of 1917. It was the successor to the Tsardom of Russia and the predecessor of the Soviet Union...
between 1910 and 1917.

The origins of Russian aviation go back to theoretical projects of the 1880s by pioneer Russian scientists such as Nikolai Kibalchich
Nikolai Kibalchich
Nikolai Ivanovich Kibalchich was a Russian revolutionary, taking part in the assassination of Tsar Alexander II as the main explosive expert for Narodnaya Volya , and also a rocket pioneer...
and Alexander Mozhaysky.
During the 1890s aviation innovation was further advanced by Konstantin Tsiolkovsky
Konstantin Tsiolkovsky
Konstantin Eduardovich Tsiolkovsky was an Imperial Russian and Soviet rocket scientist and pioneer of the astronautic theory. Along with his followers the German Hermann Oberth and the American Robert H. Goddard, he is considered to be one of the founding fathers of rocketry and astronautics...
.

In 1904 Nikolai Zhukovsky established the world's first Aerodynamic Institute in Kachino near Moscow
Moscow
Moscow is the capital, the most populous city, and the most populous federal subject of Russia. The city is a major political, economic, cultural, scientific, religious, financial, educational, and transportation centre of Russia and the continent...
.

In 1913 Sikorsky built the first four-engine biplane
Biplane
A biplane is a fixed-wing aircraft with two superimposed main wings. The Wright brothers' Wright Flyer used a biplane design, as did most aircraft in the early years of aviation. While a biplane wing structure has a structural advantage, it produces more drag than a similar monoplane wing...
, the Russky Vityaz
Sikorsky Russky Vityaz
-See also:...
, and his famous bomber aircraft, the Ilya Muromets
Sikorsky Ilya Muromets
The Ilya Muromets refers to a class of Russian pre-World War I large four-engine commercial airliners and heavy military bombing aircraft used during World War I by the Russian Empire. The aircraft series was named after Ilya Muromets, a hero from Russian mythology...
.

In 1914 Russian aviators conducted the first ever flights in the Arctic looking for the lost expedition of polar explorer Georgy Sedov
Georgy Sedov
Georgy Yakovlevich Sedov was a Russian Arctic explorer.Born in the village of Krivaya Kosa of Taganrog district in a fisherman's family. In 1898, Sedov finished navigation courses in Rostov-on-Don and acquired the rank of long voyage navigator...
.

At the beginning of World War I
World War I
World War I , which was predominantly called the World War or the Great War from its occurrence until 1939, and the First World War or World War I thereafter, was a major war centred in Europe that began on 28 July 1914 and lasted until 11 November 1918...
, Russia had an air force second only to France
France
The French Republic , The French Republic , The French Republic , (commonly known as France , is a unitary semi-presidential republic in Western Europe with several overseas territories and islands located on other continents and in the Indian, Pacific, and Atlantic oceans. Metropolitan France...
, although a significant part of the Imperial Russian Air Force used outdated French aircraft. Initially, Russians used aviation only for reconnaissance and coordination of artillery fire, but in December 1914 a squadron
Squadron (aviation)
A squadron in air force, army aviation or naval aviation is mainly a unit comprising a number of military aircraft, usually of the same type, typically with 12 to 24 aircraft, sometimes divided into three or four flights, depending on aircraft type and air force...
of Ilya Muromets bombers was formed and used against the German and Austro-Hungarian
Austria-Hungary
Austria-Hungary , more formally known as the Kingdoms and Lands Represented in the Imperial Council and the Lands of the Holy Hungarian Crown of Saint Stephen, was a constitutional monarchic union between the crowns of the Austrian Empire and the Kingdom of Hungary in...
armies.

Among Russian pilots were the legendary Pyotr Nesterov
Pyotr Nesterov
Pyotr Nikolayevich Nesterov was a Russian pilot, an aircraft technical designer and an aerobatics pioneer.-Life and career:The son of a military academy teacher, Pyotr Nesterov decided to choose a military career. In August 1904 he left the military school in Nizhny Novgorod and went to the...
, who performed the first ramming
Ramming
In warfare, ramming is a technique that was used in air, sea and land combat. The term originated from battering ram, a siege weapon used to bring down fortifications by hitting it with the force of the ram's momentum...
plane attack in the history of aviation, and the most successful Russian flying ace
Flying ace
A flying ace or fighter ace is a military aviator credited with shooting down several enemy aircraft during aerial combat. The actual number of aerial victories required to officially qualify as an "ace" has varied, but is usually considered to be five or more...
and fighter pilot Alexander Kazakov, who shot down 32 enemy planes.
In 1915 the Imperial Russian Air Force, formerly part of the Engineer Corps
Combat engineering
A combat engineer, also called pioneer or sapper in many armies, is a soldier who performs a variety of construction and demolition tasks under combat conditions...
, became a separate branch of the army directly under command of the Stavka
Stavka
Stavka was the term used to refer to a command element of the armed forces from the time of the Kievan Rus′, more formally during the history of Imperial Russia as administrative staff and General Headquarters during late 19th Century Imperial Russian armed forces and those of the Soviet Union...
(commander-in-chief's HQ).

However, the war was not going well for Russia and following significant setbacks on the Eastern front
Eastern Front (World War I)
The Eastern Front was a theatre of war during World War I in Central and, primarily, Eastern Europe. The term is in contrast to the Western Front. Despite the geographical separation, the events in the two theatres strongly influenced each other...
, and the economic collapse in the rear, military aircraft production fell far behind Russia's rival Germany.
Between 1914 and 1917 only about 5000 planes were built in Russia compared to more than 45,000 in Germany.

In late 1916, Sikorsky built a unique four-engine bomber-biplane called Alexander Nevsky, but it was never put to serial production due to the events preceding and following the October Revolution
October Revolution
The October Revolution , also known as the Great October Socialist Revolution , Red October, the October Uprising or the Bolshevik Revolution, was a political revolution and a part of the Russian Revolution of 1917...
, and Sikorsky’s emigration
Emigration
Emigration is the act of leaving one's country or region to settle in another. It is the same as immigration but from the perspective of the country of origin. Human movement before the establishment of political boundaries or within one state is termed migration. There are many reasons why people...
to the United States of America in 1919.
The Imperial Russian Air Force aircraft hangar
Hangar
A hangar is a closed structure to hold aircraft or spacecraft in protective storage. Most hangars are built of metal, but other materials such as wood and concrete are also sometimes used...
s for seaplane
Seaplane
A seaplane is a fixed-wing aircraft capable of taking off and landing on water. Seaplanes that can also take off and land on airfields are a subclass called amphibian aircraft...
s in Reval (Tallinn
Tallinn
Tallinn is the capital and largest city of Estonia. It occupies an area of with a population of 414,940. It is situated on the northern coast of the country, on the banks of the Gulf of Finland, south of Helsinki, east of Stockholm and west of Saint Petersburg. Tallinn's Old Town is in the list...
) harbor were some of the first reinforced concrete
Reinforced concrete
Reinforced concrete is concrete in which reinforcement bars , reinforcement grids, plates or fibers have been incorporated to strengthen the concrete in tension. It was invented by French gardener Joseph Monier in 1849 and patented in 1867. The term Ferro Concrete refers only to concrete that is...
structures in the world.

After the Russian Revolution, the Imperial Russian Air Force was succeeded by the Workers' and Peasants' Air Fleet
Soviet Air Force
The Soviet Air Force, officially known in Russian as Военно-воздушные силы or Voenno-Vozdushnye Sily and often abbreviated VVS was the official designation of one of the air forces of the Soviet Union. The other was the Soviet Air Defence Forces...
, with the status of a Main Directorate, on May 24, 1918.