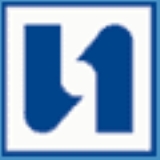 Encyclopedia
Ilyich Iron & Steel Works (Ukrainian
Ukrainian language
Ukrainian is a language of the East Slavic subgroup of the Slavic languages. It is the official state language of Ukraine. Written Ukrainian uses a variant of the Cyrillic alphabet....
: Маріу́польський металургі́йний комбіна́т і́мені Ілліча́ - literally "Mariupol Metallurgical Plant named after Ilyich) is the second largest (after Krivorizhstal) metallurgical enterprise of Ukraine
Ukraine
Ukraine is a country in Eastern Europe. It has an area of 603,628 km², making it the second largest contiguous country on the European continent, after Russia...
. It is located in Mariupol'.

The works produces the hot-rolled and cold-rolled steel of wide assortment, including for ship building, oil pipeline, boring gas pipeline and water-pipes. The company is the sole enterprise of Ukraine which produces halvanized steel and tanks for liquid gases.

The products of company are certificated by international classification societies:
By the Lloyd's Register
Lloyd's Register
The Lloyd's Register Group is a maritime classification society and independent risk management organisation providing risk assessment and mitigation services and management systems certification. Historically, as Lloyd's Register of Shipping, it was a specifically maritime organisation...
(Great Britain, Germany), U.S. Bureau of Naval Personnel
BUPERS
BUPERS is an acronym for the United States Navy's Bureau of Naval Personnel. Similar to the mission of Human Resources in a corporation, the BUPERS organization serves to provide administrative leadership, policy planning, and general oversight of the Command.The mission statement of BUPERS is:As...
, by the Marine register of navigation (Russia), by the German certification center TTSU, etc. The company exports the products to more than 50 countries of the world.

The enterprise is a recipient of the following awards:

On April 19, 1896 the Americans
United States
The United States of America is a federal constitutional republic comprising fifty states and a federal district...
Rothstein and Smith were given a permission from the Russian government to establish the Nikopol-Mariupol Mining and Metallurgical Society. The year of 1897 is considered the year of establishment of the today's Ilyich Mariupol steel and iron works, when in Mariupol was mounted and gave out the first products pipe workshop of Nikopol-Mariupol mining- metallurgical society.

The location of factory in a Mariupol city was advantageous from geographical position which provided the closeness of raw materials and fuel resources, presence of marine auction port, labor force of peasants from the nearest villages. The factory broadened to beginning the twentieth age became a major metallurgical enterprise at the South of Russia.

It is finally picked up thread after the World War I
World War I
World War I , which was predominantly called the World War or the Great War from its occurrence until 1939, and the First World War or World War I thereafter, was a major war centred in Europe that began on 28 July 1914 and lasted until 11 November 1918...
and Civil War in 1927, the factory began to develop as comprehensive machine-building enterprise. The modern name the factory received in 1920's when the Petrograd sovnarkom confiscated all of the property from the previous owners during the nationalization of all the industry in the region and to commemorate the leader of the October Revolution
October Revolution
The October Revolution , also known as the Great October Socialist Revolution , Red October, the October Uprising or the Bolshevik Revolution, was a political revolution and a part of the Russian Revolution of 1917...
(see Donetsk-Krivoy Rog Soviet Republic
Donetsk-Krivoy Rog Soviet Republic
The Donetsk-Krivoy Rog Soviet Republic was a short-lived and never recognized Soviet Republic founded on 12 February 1918 and sought an independence from the Soviet Ukraine...
). Later its powers of operating productions were broadened and new subdivisions were built: new-pipe, thick-sheet, sheet-finishing workshops, a number of other workshops.

In 1941 the enterprise passes to the issue of defensive types of products, including armor plating for the tank T-34
T-34
The T-34 was a Soviet medium tank produced from 1940 to 1958. Although its armour and armament were surpassed by later tanks of the era, it has been often credited as the most effective, efficient and influential design of World War II...
, production of which it was mastered at the plant before Great Patriotic war
Eastern Front (World War II)
The Eastern Front of World War II was a theatre of World War II between the European Axis powers and co-belligerent Finland against the Soviet Union, Poland, and some other Allies which encompassed Northern, Southern and Eastern Europe from 22 June 1941 to 9 May 1945...
. In the war-time the most valuable equipment dismantled and it is sent on the factories of Ural and Siberia, and blast-furnace and martin stoves are put out of action. After liberation of Mariupol, at the end of 1944, the plant only had 70% of its production power, but it almost immediately started shipping armored steel to the war front.

In 1954–1969 years the company experienced its second birth. The reconstruction of high furnaces was conducted at this time, three more high furnaces were built, as long as a martin workshop with the highest number of stoves in the world, an oxygen-converter workshop, squeezing-steel workshop 1150, workshops for hot and cold rolling, an agglomerative factory (the largest in Europe), a complex of workshops for auxiliary production. The first products in 1983 - strips for production of large diameter pipes - brought a thick-sheet workshop 3000, one of the most modern in Europe.

The company got the powerful impulse of development in the last decade. The enterprise built several new facilities, including an electric-welded pipe and limekiln department, two machines for continuous casting of purveyances, setting for the complex lapping of steel and energetic block in a converter to the workshop, modernisation and reconstruction of equipment is conducted in most base workshops.

An important event in history of the enterprise took place in November 2000, when the Parliament of Ukraine passed the Act "About the features of privatisation of JSC "Ilyich Mariupol iron and steel works", according to which the collective got the right to count itself the proprietor of the enterprise.