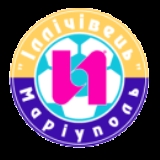 Encyclopedia
FC Illichivets Mariupol is a Ukrainian
Ukraine
Ukraine is a country in Eastern Europe. It has an area of 603,628 km², making it the second largest contiguous country on the European continent, after Russia...
professional football club from the city of Mariupol
Mariupol
Mariupol , formerly known as Zhdanov , is a port city in southeastern Ukraine. It is located on the coast of the Azov Sea, at the mouth of the Kalmius River. Mariupol is the largest city in Priazovye - a geographical region around Azov Sea, divided by Russia and Ukraine - and is also a popular sea...
.

The team was previously called FC Metalurh Mariupol. FC Metalurh Mariupol changed its name to Illichivets during the winter break of the 2002–2003 season. Before that, Azovets Mariupol had changed its name to Metalurh during the winter break of the 1995–1996 season reestablishing itself as a Footaball Club. The team, Azovets, was established in 1960 after the reformation of the Avanhard Zhdanov team (now Mariupol) when another team, Shakhtar Rutchenkove was incorporated. The Avanhard, in its turn, had been established in 1936.

Squad is given according club official website as of November 23, 2011.