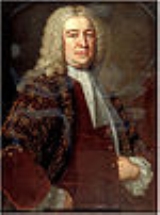 For the first year of his premiership, real power was held by the Secretary of State for the Northern Department
Secretary of State for the Northern Department
The Secretary of State for the Northern Department was a position in the Cabinet of the government of Great Britain up to 1782. Before the Act of Union, 1707, the Secretary of State's responsibilities were in relation to the English government, not the British. Even after the Union, there was...
, Lord Carteret, who headed the Carteret Ministry
Carteret Ministry
-The Ministry:*Henry Pelham, who had been Paymaster of the Forces, became First Lord of the Treasury and Chancellor of the Exchequer in 1743; he would continue to exercise those offices well into the next decade, as head of the First and Second Pelham Ministry....
(Pelham was First Lord of the Treasury
First Lord of the Treasury
The First Lord of the Treasury is the head of the commission exercising the ancient office of Lord High Treasurer in the United Kingdom, and is now always also the Prime Minister...
, Chancellor of the Exchequer
Chancellor of the Exchequer
The Chancellor of the Exchequer is the title held by the British Cabinet minister who is responsible for all economic and financial matters. Often simply called the Chancellor, the office-holder controls HM Treasury and plays a role akin to the posts of Minister of Finance or Secretary of the...
and Leader of the House of Commons
Leader of the House of Commons
The Leader of the House of Commons is a member of the Cabinet of the United Kingdom who is responsible for arranging government business in the House of Commons...
). Thereafter, he shared power with his brother, the Duke of Newcastle-upon-Tyne
Thomas Pelham-Holles, 1st Duke of Newcastle-upon-Tyne
Thomas Pelham-Holles, 1st Duke of Newcastle-upon-Tyne and 1st Duke of Newcastle-under-Lyne, KG, PC was a British Whig statesman, whose official life extended throughout the Whig supremacy of the 18th century. He is commonly known as the Duke of Newcastle.A protégé of Sir Robert Walpole, he served...
. This period was relatively uneventful in terms of domestic affairs (Great Britain fought in several wars, however). Upon his death, his brother took full control of the ministry.

Pelham, Newcastle's younger brother, was a younger son of the 1st Baron Pelham of Laughton and his wife, the former Lady Grace Holles, daughter of Gilbert Holles, 3rd Earl of Clare
Earl of Clare
Earl of Clare was a title of English nobility created three times: once each in the peerages of England, Great Britain, and Ireland. The title derives from Clare, Suffolk, where a prominent Anglo-Norman family was seated since the Norman Conquest, and from which their English surname sprang from...
and Grace Pierrepont. He was educated at Westminster School
Westminster School
The Royal College of St. Peter in Westminster, almost always known as Westminster School, is one of Britain's leading independent schools, with the highest Oxford and Cambridge acceptance rate of any secondary school or college in Britain...
and Hart Hall, Oxford. Hertford College Oxford, the present-day incarnation of Hart Hall, still honours him in the title of its most prestigious drinking club, the Sir Henry Pelham Gentlemen's Sporting Society. As a volunteer he served in Dormer's regiment at the Battle of Preston
Battle of Preston (1715)
The Battle of Preston , also referred to as the Preston Fight, was fought during the Jacobite Rising of 1715 ....
in 1715, spent some time on the Continent, and in 1717 entered Parliament for Seaford
Seaford, East Sussex
Seaford is a coastal town in the county of East Sussex, on the south coast of England. Lying east of Newhaven and Brighton and west of Eastbourne, it is the largest town in Lewes district, with a population of about 23,000....
in Sussex
Sussex
Sussex , from the Old English Sūþsēaxe , is an historic county in South East England corresponding roughly in area to the ancient Kingdom of Sussex. It is bounded on the north by Surrey, east by Kent, south by the English Channel, and west by Hampshire, and is divided for local government into West...
which he represented until 1722.

Through strong family influence and the recommendation of Robert Walpole
Robert Walpole
Robert Walpole, 1st Earl of Orford, KG, KB, PC , known before 1742 as Sir Robert Walpole, was a British statesman who is generally regarded as having been the first Prime Minister of Great Britain....
he was chosen in 1721 as Lord of the Treasury
Lord of the Treasury
In the United Kingdom, there are at least six Lords of the Treasury who serve concurrently. Traditionally, this board consists of the First Lord of the Treasury, the Second Lord of the Treasury, and four or more junior lords .Strictly they are commissioners for exercising the office of Lord...
. The following year he was returned for Sussex county. In 1724 he entered the ministry as Secretary at War
Secretary at War
The Secretary at War was a political position in the English and later British government, with some responsibility over the administration and organization of the Army, but not over military policy. The Secretary at War ran the War Office. It was occasionally a cabinet level position, although...
, but this office he exchanged in 1730 for the more lucrative one of Paymaster of the Forces
Paymaster of the Forces
The Paymaster of the Forces was a position in the British government. The office, which was established 1661 after the Restoration, was responsible for part of the financing of the British Army. The first to hold the office was Sir Stephen Fox. Before his time it had been the custom to appoint...
. He made himself conspicuous by his support of Walpole on the question of the excise. He, Newcastle and the Prime Minister would often meet at Houghton Hall
Houghton Hall
Houghton Hall is a country house in Norfolk, England. It was built for the de facto first British Prime Minister, Sir Robert Walpole, and it is a key building in the history of Palladian architecture in England...
in Norfolk where they would draw up much of the country's policy. These meetings became known as the Norfolk Congress. With Walpole, he served as a founding governor of the popular charity the Foundling Hospital
Foundling Hospital
The Foundling Hospital in London, England was founded in 1741 by the philanthropic sea captain Thomas Coram. It was a children's home established for the "education and maintenance of exposed and deserted young children." The word "hospital" was used in a more general sense than it is today, simply...
when it opened its doors in 1739.

In 1742 a union of parties resulted in the formation of an administration in which Pelham became Prime Minister the following year, with the additional offices of First Lord of the Treasury, Chancellor of the Exchequer and Leader of the House of Commons. The following year Carteret was forced out of the ministry and Pelham was regarded as the leading figure, but rank and influence made his brother very powerful in the Cabinet, and, in spite of a genuine attachment, there were occasional disputes between them, which led to difficulties.

Being strongly in favour of peace, Pelham carried on the War of the Austrian Succession
War of the Austrian Succession
The War of the Austrian Succession  – including King George's War in North America, the Anglo-Spanish War of Jenkins' Ear, and two of the three Silesian wars – involved most of the powers of Europe over the question of Maria Theresa's succession to the realms of the House of Habsburg.The...
with languor and indifferent success, but the country, wearied of the interminable struggle, was disposed to acquiesce in his foreign policy almost without a murmur. King George II
George II of Great Britain
George II was King of Great Britain and Ireland, Duke of Brunswick-Lüneburg and Archtreasurer and Prince-elector of the Holy Roman Empire from 11 June 1727 until his death.George was the last British monarch born outside Great Britain. He was born and brought up in Northern Germany...
, thwarted in his own favourite schemes, made overtures in 1746 to Lord Bath
William Pulteney, 1st Earl of Bath
William Pulteney, 1st Earl of Bath, PC was an English politician, a Whig, created the first Earl of Bath in 1742 by King George II; he is sometimes stated to have been Prime Minister, for the shortest term ever , though most modern sources reckon that he cannot be considered to have held the...
, but his purpose was upset by the resignation of the two Pelhams (Henry and Newcastle), who, after a two-day hiatus in which Bath and Carteret (now earl Granville) proved unable to form a ministry, resumed office at the king's request.

In 1749, the Consolidation Act
Consolidation Act
The Consolidation Act was an act of the parliament of Great Britain passed in 1749 to reorganize the Royal Navy....
was passed, reorganising the Royal Navy
Royal Navy
The Royal Navy is the naval warfare service branch of the British Armed Forces. Founded in the 16th century, it is the oldest service branch and is known as the Senior Service...
. On 20 March 1751, the British calendar was reorganised as well (New Year's Day became 1 January); Britain would adopt the Gregorian calendar
Gregorian calendar
The Gregorian calendar, also known as the Western calendar, or Christian calendar, is the internationally accepted civil calendar. It was introduced by Pope Gregory XIII, after whom the calendar was named, by a decree signed on 24 February 1582, a papal bull known by its opening words Inter...
one year later. Two of Pelham's final acts were the Jew Act of 1753, which allowed Jews to become naturalized by application to Parliament
Parliament
A parliament is a legislature, especially in those countries whose system of government is based on the Westminster system modeled after that of the United Kingdom. The name is derived from the French , the action of parler : a parlement is a discussion. The term came to mean a meeting at which...
, and the Marriage Act of 1753, which enumerated the minimum age of consent for marriage
Marriage
Marriage is a social union or legal contract between people that creates kinship. It is an institution in which interpersonal relationships, usually intimate and sexual, are acknowledged in a variety of ways, depending on the culture or subculture in which it is found...
. Upon his death, his brother (the aforementioned Duke of Newcastle-upon-Tyne) took over government.

His very defects were among the chief elements of Pelham's success, for one with a strong personality, moderate self-respect, or high conceptions of statesmanship could not have restrained the discordant elements of the cabinet for any length of time. Moreover, he possessed tact and a thorough acquaintance with the forms of the House of Commons
British House of Commons
The House of Commons is the lower house of the Parliament of the United Kingdom, which also comprises the Sovereign and the House of Lords . Both Commons and Lords meet in the Palace of Westminster. The Commons is a democratically elected body, consisting of 650 members , who are known as Members...
. Whatever quarrels or insubordination might exist within the cabinet, they never broke out into open revolt. Nor can a high degree of praise be denied to his financial policy, especially his plans for the reduction of the national debt and the simplification and consolidation of its different branches.


Titles from birth to death