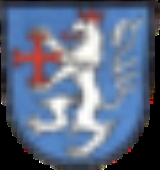 A district called Hamelin was established in 1885 within the Prussia
Prussia
Prussia was a German kingdom and historic state originating out of the Duchy of Prussia and the Margraviate of Brandenburg. For centuries, the House of Hohenzollern ruled Prussia, successfully expanding its size by way of an unusually well-organized and effective army. Prussia shaped the history...
n Province of Hanover
Province of Hanover
The Province of Hanover was a province of the Kingdom of Prussia and the Free State of Prussia from 1868 to 1946.During the Austro-Prussian War, the Kingdom of Hanover had attempted to maintain a neutral position, along with some other member states of the German Confederation...
. At that time the city of Pyrmont
Bad Pyrmont
-External links:* * -Multimedia:*...
was part of the Principality of Waldeck-Pyrmont. In 1922 Pyrmont decided in a plebiscite to leave Waldeck-Pyrmont and to join Prussia. The Prussian administration assigned the city to the district of Hamelin, which was renamed to Hamelin-Pyrmont.