Furio Niclot Doglio, MOVM
Gold Medal of Military Valor
The Gold Medal of Military Valor is an Italian medal established on 21 May 1793 by King Victor Amadeus III of Sardinia "....per bassi ufficiali e soldati che avevano fatto azioni di segnalato valore in guerra" .The face of the medal displayed the profile of the king, and on its reverse was a flag...
(24 April 1908 – 27 July 1942) was an Italian test pilot
Test pilot
A test pilot is an aviator who flies new and modified aircraft in specific maneuvers, known as flight test techniques or FTTs, allowing the results to be measured and the design to be evaluated....
and World War II
World War II
World War II, or the Second World War , was a global conflict lasting from 1939 to 1945, involving most of the world's nations—including all of the great powers—eventually forming two opposing military alliances: the Allies and the Axis...
fighter pilot in the Regia Aeronautica
Regia Aeronautica
The Italian Royal Air Force was the name of the air force of the Kingdom of Italy. It was established as a service independent of the Royal Italian Army from 1923 until 1946...
. Doglio set nine world aviation records in the 1930s during his time as a test pilot. During the war, he claimed seven kills (six of them Spitfires), flying FIAT G. 50s and Macchi C. 202s, establishing himself as one of Italy's aces
Flying ace
A flying ace or fighter ace is a military aviator credited with shooting down several enemy aircraft during aerial combat. The actual number of aerial victories required to officially qualify as an "ace" has varied, but is usually considered to be five or more...
. Doglio was killed in combat on 27 July 1942 during the Siege of Malta by George Beurling
George Beurling
George Frederick "Buzz" Beurling DSO, DFC, DFM & Bar, RCAF , was the most successful Canadian fighter pilot of the Second World War....
, who became Canada's top ace of the war. He was awarded a Medaglia d'oro al Valor Militare alla memoria (Memorial Golden medal for military valour).

Furio Niclot Doglio was born in Turin
Turin
Turin is a city and major business and cultural centre in northern Italy, capital of the Piedmont region, located mainly on the left bank of the Po River and surrounded by the Alpine arch. The population of the city proper is 909,193 while the population of the urban area is estimated by Eurostat...
, Piedmont
Piedmont
Piedmont is one of the 20 regions of Italy. It has an area of 25,402 square kilometres and a population of about 4.4 million. The capital of Piedmont is Turin. The main local language is Piedmontese. Occitan is also spoken by a minority in the Occitan Valleys situated in the Provinces of...
. During the early to mid 1930s, he worked as a test pilot for Italian aircraft manufacturers Compagnia Nazionale Aeronautica
Compagnia Nazionale Aeronautica
Compagnia Nazionale Aeronautica was a manufacturer of aircraft and aircraft engines established in Italy in 1920 by Count Giovanni Bonmartini. Together with a group of World War I veteran pilots, he operated a flying school in Rome from a field that would eventually be developed into Littorio airport...
(CNA) and Breda
Società Italiana Ernesto Breda
Società Italiana Ernesto Breda, more usually referred to simply as Breda was an Italian mechanical manufacturing company founded by Ernesto Breda in Milan in 1886. The firm originally manufactured locomotives and other railway machinery, but later branched out into armaments and aircraft. In 1962,...
.

When Italy entered World War II on 10 June 1940, Doglio enlisted in the Regia Aeronautica. His first posting was the 355a Squadriglia of 21° Gruppo. On 17 June, Niclot flew his first mission: a patrol over Rome, flying the Fiat G. 50.

In autumn 1940, Doglio was in Belgium with the Corpo Aereo Italiano
Corpo Aereo Italiano
The "Italian Air Corps" was an expeditionary force of the Italian Royal Air Force that participated in the Battle of Britain during the final months of 1940 during World War II. The CAI supported the German Air Force and flew against the British Royal Air Force...
, the Italian air expedition against England. Niclot carried out his first mission on 27 October, by escorting a Fiat BR.20
Fiat BR.20
The Fiat BR.20 Cicogna was a low-wing twin-engine medium bomber produced from mid-1930s until the end of World War II by the Turin firm. When it entered service in 1936 it was the first all-metal Italian bomber and it was regarded as one of the most modern medium bomber of the world...
, on a mission to attack Ramsgate. During the whole campaign, Niclot, like the other Italian G.50 pilots, did not encounter enemy fighters, nor fire his guns.

Doglio's first "kill" was a Hawker Hurricane
Hawker Hurricane
The Hawker Hurricane is a British single-seat fighter aircraft that was designed and predominantly built by Hawker Aircraft Ltd for the Royal Air Force...
, in North Africa, while he was flying a Fiat G.50. On 30 June 1941, Captain Furio Niclot Doglio, while escorting Ju 87 Stukas that were bombing an English convoy off Ras Azzas, attacked three Hurricanes that were bouncing the dive-bombers and shot down one, damaging the others. For this action, Niclot received a Medaglia di bronzo al Valore Militare (Bronze Medal for Military Valour).

Doglio's other air victories were all claimed at Malta in July 1942, while flying the Macchi C. 202, as Capitano of 151a Squadriglia.

His first Spitfire was shot down on 2 July 1942. That day, while escorting three Savoia-Marchetti SM.84
Savoia-Marchetti SM.84
The Savoia-Marchetti SM.84 was an Italian bomber aircraft of World War II. It was designed by Savoia-Marchetti as a replacement for its successful SM.79, and shared its three-engine layout...
, leading 10 MC.202s of 151a Squadriglia, Doglio fought with Spitfires from 249 and 185 Squadron. During a head-on attack, he hit the Spitfire BR377 of Flight Sergeant C.S.G. De Nancrede from Squadron 249, that had to crash-land on Ta 'Qali airfield, near Mdina
Mdina
Mdina, Città Vecchia, or Città Notabile, is the old capital of Malta. Mdina is a medieval walled town situated on a hill in the centre of the island. Punic remains uncovered beyond the city’s walls suggest the importance of the general region to Malta’s Phoenician settlers. Mdina is commonly...
.

On the 6th, Doglio encountered again the Spitfires of 249 Squadron, while escorting three Cant.Z.1007 bis, and he claimed another Supermarine fighter, confirmed by his wingman Tarantola to crash north of Valletta, but the 249 that day had no losses, even if the Squadron had two aircraft shot up, one of them was flown by Sgt. Beurling, who three weeks later would kill Doglio in combat over Gozo
Gozo
Gozo is a small island of the Maltese archipelago in the Mediterranean Sea. The island is part of the Southern European country of Malta; after the island of Malta itself, it is the second-largest island in the archipelago...
. The following day, Niclot and seven other Macchi pilots were escorting for the first time the Ju 88A-4
Junkers Ju 88
The Junkers Ju 88 was a World War II German Luftwaffe twin-engine, multi-role aircraft. Designed by Hugo Junkers' company through the services of two American aviation engineers in the mid-1930s, it suffered from a number of technical problems during the later stages of its development and early...
of Kampfgeschwader 77. In the sky over Luqa, they clashed with seven Spitfires. Niclot and his wingman shot down the Spitfire of Flt. Sgt. D. Ferraby from Squadron 249 (AB500). Niclot's last air victory was a double "kill": two Spitfires downed on 13 July 1942.

On 2 July 1942, Doglio was leading three others Macchi, on the coast of Gozo. Six Spitfires of 126 Sq. attacked them head-on, while eight other Spitfires of the 249 Sq. attacked from left ("10 hour direction"). Niclot was preparing to counter-attack the Spitfires or 126 Sq. when his wingman, Sergente Ennio Tarantola, tried to warn his commander, waggling his wings, as Italian radios worked badly, of the Spitfires diving on them from the left, but Niclot understood that Tarantola was warning him of the Spitfires he had already spotted.

Fl. Sgt. George "Screwball" Beurling, from 249 Sq., first scored hits on Sergente Faliero Gelli's aircraft, who later crash landed on Gozo, and soon after shot down Doglio's C.202 (MM 9042), who was waggling his wings to warn his fellow pilots of Spitfires closing "head-on". "The poor devil simply blew to pieces in the air", Beurling recalled the following year, writing the book Malta Spitfire, together with journalist Leslie Roberts. 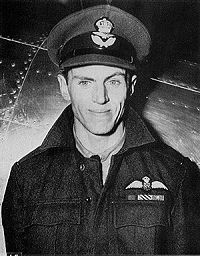 When he was killed, Doglio held the rank of Capitano and was the commanding officer of 151a Squadriglia, 20° Gruppo, 51° Stormo, and was flying a Macchi C.202, aircraft number 151-1. In less than a month, July 1942, Niclot had flown 21 missions of war, over Malta, was involved in 18 air combats, claimed six aircraft shot down plus four more probable and two shared with his wingman, Ennio Tarantola.

Doglio left a wife and two sons, Stefano and Gian Francesco, doctors, who are still alive and live in Northern Italy. In via Ravenna 7A, near piazza Bologna, Rome
Rome
Rome is the capital of Italy and the country's largest and most populated city and comune, with over 2.7 million residents in . The city is located in the central-western portion of the Italian Peninsula, on the Tiber River within the Lazio region of Italy.Rome's history spans two and a half...
, the house where Niclot lived with his family on the first floor, is still standing.

In Rome, in the entrance of the building built by himself and his father, in via Bolzano 14, a plaque in the hall displays the citation from Doglio's Gold Medal. The citation of the Gold Medal is also on a plaque on the Bonaria cimitery of Cagliari, Sardinia, where the local section of Arma Aeronautica is dedicated to Furio Niclot Doglio. In Fiumicino, near Rome, a street in the area of Isola Sacra is named: "Niclot".