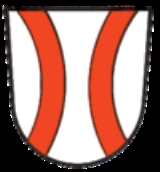 Bergen and Enkheim were first mentioned as a common village in the thirteenth century. The two locations were administered together for centuries, but Bergen-Enkheim only officially became a town in 1968. In 1977 it was incorporated into the city of Frankfurt.

Geographically the territory is marked by the transition of the Main valley into the rising Wetterau
Wetterau
The Wetterau is a fertile undulating tract, watered by the Wetter, a tributary of the Nidda River, in the western German state of Hesse, between the hilly province Oberhessen and the north-western Taunus mountains....
.

It is directly linked to the Rhine-Main area's RMV U-Bahn
Frankfurt U-Bahn
The Frankfurt U-Bahn, together with the Frankfurt S-Bahn and the Frankfurt Straßenbahn, is the backbone of the public transport system of Frankfurt, Germany. Its name derives from the German term for underground, Untergrundbahn. The U-Bahn opened in 1968 and now consists of 87 stations on nine...
and bus network.

Bergen-Enkheim is a district connected to literature, and the literary prize, the Stadtschreiber von Bergen, is awarded as a part of the market Berger Markt every year (Friday before the first Tuesday in September).

The old town of Bergen is an interesting site. Its historic town hall holds the area's historical museum. The Gothic
Gothic architecture
Gothic architecture is a style of architecture that flourished during the high and late medieval period. It evolved from Romanesque architecture and was succeeded by Renaissance architecture....
foundation of the building dates from 1300-1350 and the upper floor in the rural Renaissance
Renaissance
The Renaissance was a cultural movement that spanned roughly the 14th to the 17th century, beginning in Italy in the Late Middle Ages and later spreading to the rest of Europe. The term is also used more loosely to refer to the historical era, but since the changes of the Renaissance were not...
style dates from the early sixteenth century. It also holds a tower holding a baroque lantern, added in 1704.

A remnant of the old city walls frames the so-called "White Tower" (Weiße Turm). This was a late gothic watchtower which was created under the counts of Hanau
Hanau
Hanau is a town in the Main-Kinzig-Kreis, in Hesse, Germany. It is located 25 km east of Frankfurt am Main. Its station is a major railway junction.- Geography :...
along the town walls.

Bergen-Enkheim holds the only meat market in the greater city of Frankfurt. It is location of the Berger Market (Berger Markt) that takes place in the last weekend in August. On the Friday beforehand, the new Stadtschreiber von Bergen is inducted and celebrated. The festival pavilion is also used to crown the official Apfelwein
Apfelwein
Cider in Germany is called Apfelwein , as the German language has not used the word cider. It is also regionally known as ebbelwoi, äppler, stöffsche, apfelmost , viez , and saurer most . It has an alcohol content of 5.5%–7% and a tart, sour taste...
Queen.

Bergen-Enkheim has two Grundschulen (Schule am Hang and Schule am Landgraben) as well a Gesamtschule with a Gymnasium
Gymnasium (school)
A gymnasium is a type of school providing secondary education in some parts of Europe, comparable to English grammar schools or sixth form colleges and U.S. college preparatory high schools. The word γυμνάσιον was used in Ancient Greece, meaning a locality for both physical and intellectual...
level (Schule am Ried).