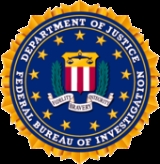 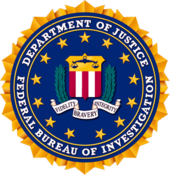 This includes many crimes that, if they did not occur on U.S. federal property or on Indian reservation
Indian reservation
An American Indian reservation is an area of land managed by a Native American tribe under the United States Department of the Interior's Bureau of Indian Affairs...
s, would otherwise fall under state or local law. Some crimes are listed in Title 18 of the United States Code, but others fall under other titles; for instance, tax evasion
Tax evasion
Tax evasion is the general term for efforts by individuals, corporations, trusts and other entities to evade taxes by illegal means. Tax evasion usually entails taxpayers deliberately misrepresenting or concealing the true state of their affairs to the tax authorities to reduce their tax liability,...
and possession of weapons banned by the National Firearms Act
National Firearms Act
The National Firearms Act , 73rd Congress, Sess. 2, ch. 757, , enacted on June 26, 1934, currently codified as amended as , is an Act of Congress that, in general, imposes a statutory excise tax on the manufacture and transfer of certain firearms and mandates the registration of those firearms. The...
are criminalized in Title 26 of the United States Code.

Numerous federal agencies have been granted powers to investigate federal offenses to include, but not limited to, the ATF, DEA, FBI, ICE, IRS, Secret Service, et al.