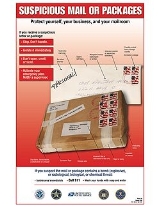 An agency with approximately 4,000 employees, 1,200 criminal investigators, an armed uniformed division with 1,000 personnel, forensic laboratories and a communications system, and with 1,000 technical and administrative support personnel, the USPIS leads and assists in numerous joint federal and state investigations.
The Postal Inspection Service has the oldest origins of any federal law enforcement agency in the United States
United States
The United States of America is a federal constitutional republic comprising fifty states and a federal district...
.

An agency with approximately 4,000 employees, 1,200 criminal investigators, an armed uniformed division with 1,000 personnel, forensic laboratories and a communications system, and with 1,000 technical and administrative support personnel, the USPIS leads and assists in numerous joint federal and state investigations.

In 1801, the title of "surveyor" was changed to Special Agent. In 1830, the Special Agents were organized into the Office of Instructions and Mail Depredations. The Postal Inspection Service was the first federal law enforcement agency to use the title Special Agent
Special agent
Special agent is usually the title for a detective or investigator for a state, county, municipal, federal or tribal government. An agent is a worker for any federal agency, and a secret agent is one who works for an intelligence agency....
for its officers. Congress changed this title to Inspector in 1880.

For some time, one of their primary duties was the enforcement of obscenity prohibitions under the Comstock Act.

The OIG primarily took over the Postal Inspection Service's audit function, as well as fraud (against the USPS) waste and abuse.

The USPIS is primarily an investigative agency employing plain-clothes federal criminal investigators entitled "Postal Inspectors" whose primary mission is "to protect the U.S. Postal Service, its employees and its customers from criminal attack, and protect the nation's mail system from criminal misuse". It has responsibility for over 700,000 Postal Service employees and billions of pieces of mail transported through air, land, rail and sea world wide a year. 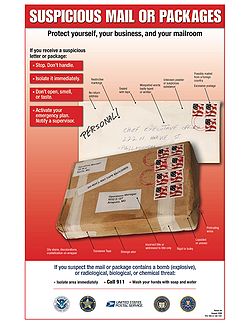 
The Postal Inspection Service operates one main forensic crime laboratory that is staffed by forensic scientists whose expertise includes the examination of physical and digital evidence. The crime laboratory also has several satellite offices across the country whose primary mission is computer forensics. The Postal Inspection Service's Technical Services Division (TSD) provides investigative support through the use of new technology and the operations of two national communication centers known as the National Law Enforcement Control Centers or the "NLECC". [In 2003 Immigration and Customs Enforcement renamed their national communication center, previously known as "Sector" to the "National Law Enforcement COMMUNICATIONS Center" also known as "NLECC", USPIS NLECC and ICE NLECC are two independent federal law enforcement radio communications centers but coincidentally share the same acronym and an almost identical name.

With the Postal Reorganization Act of 1970 (effective 1971), a uniformed police force was added to patrol in and around selected high-risk postal facilities in major metropolitan areas in the United States and its territories. These uniformed officers provide a visible deterrent at postal facilities located primarily in urban high-crime areas and respond to emergencies including disturbances, assaults, theft, robberies and other incidents threatening the safety of postal employees and customers. They make arrests for crimes committed against the United States Postal Service and felonies committed in their presence. These employees are required to qualify with agency-issued shotguns and their assigned sidearms and are designated as police officers under Title 18, Part 2, Section 3061(c)

The Postal Inspection Service maintains a law enforcement academy (the Career Development Unit (CDU)) based in Potomac, Maryland
Potomac, Maryland
Potomac is a census-designated place in Montgomery County, Maryland, United States, named for the nearby Potomac River. The population was 44,822 at the 2000 census. The Potomac area is known for its very affluent and highly-educated residents. In 2009 CNNMoney.com listed Potomac as the fourth...
. It is a federally accredited law enforcement academy, however not recognized by some other federal agency employers as such.

The following list shows US Postal Inspectors and Postal Police Officers who have died in the line of duty. Their names have been etched on the National Law Enforcement Officers Memorial wall and to a Postal Inspection Service plaque at the agency's national headquarters, both located in Washington, DC.
Charles Fitzgerald,
Post Office Inspector,
Clinton, MS,
Date of Death: 09/23/1909,
Panel 34, E-2

In 2006 the Postal Inspection Service created the "2 SMRT 4U" campaign aimed at teenage girls, the group most targeted by online
Online predator
An online predator is an adult Internet user who exploits vulnerable children or teens, usually for sexual or other abusive purposes.Online victimization of minors can include child grooming, requests to engage in sexual activities or discussions by an adult, unwanted exposure to sexual material ,...
sexual predator
Sexual predator
The term sexual predator is used pejoratively to describe a person seen as obtaining or trying to obtain sexual contact with another person in a metaphorically "predatory" manner. Analogous to how a predator hunts down its prey, so the sexual predator is thought to "hunt" for his or her sex partners...
s. It established the website
Website
A website, also written as Web site, web site, or simply site, is a collection of related web pages containing images, videos or other digital assets. A website is hosted on at least one web server, accessible via a network such as the Internet or a private local area network through an Internet...
to educate teens about how to chat
Online chat
Online chat may refer to any kind of communication over the Internet, that offers an instantaneous transmission of text-based messages from sender to receiver, hence the delay for visual access to the sent message shall not hamper the flow of communications in any of the directions...
and post wisely online. For its dedication to protecting children and fighting child exploitation
Child sexual abuse
Child sexual abuse is a form of child abuse in which an adult or older adolescent uses a child for sexual stimulation. Forms of child sexual abuse include asking or pressuring a child to engage in sexual activities , indecent exposure with intent to gratify their own sexual desires or to...
, the United States Department of Justice
United States Department of Justice
The United States Department of Justice , is the United States federal executive department responsible for the enforcement of the law and administration of justice, equivalent to the justice or interior ministries of other countries.The Department is led by the Attorney General, who is nominated...
honored the Postal Inspection Service with its Internet Safety Award.