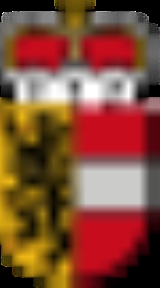 Encyclopedia
The Electorate of Salzburg ( or Kursalzburg), occasionally known as the Grand Duchy of Salzburg, was an electoral
Prince-elector
The Prince-electors of the Holy Roman Empire were the members of the electoral college of the Holy Roman Empire, having the function of electing the Roman king or, from the middle of the 16th century onwards, directly the Holy Roman Emperor.The heir-apparent to a prince-elector was known as an...
principality
Principality
A principality is a monarchical feudatory or sovereign state, ruled or reigned over by a monarch with the title of prince or princess, or by a monarch with another title within the generic use of the term prince....
of the Holy Roman Empire
Holy Roman Empire
The Holy Roman Empire was a realm that existed from 962 to 1806 in Central Europe.It was ruled by the Holy Roman Emperor. Its character changed during the Middle Ages and the Early Modern period, when the power of the emperor gradually weakened in favour of the princes...
from 1803–05. Its capital was Salzburg
Salzburg
-Population development:In 1935, the population significantly increased when Salzburg absorbed adjacent municipalities. After World War II, numerous refugees found a new home in the city. New residential space was created for American soldiers of the postwar Occupation, and could be used for...
.

The Archbishopric of Salzburg
Archbishopric of Salzburg
The Archbishopric of Salzburg was an ecclesiastical State of the Holy Roman Empire, its territory roughly congruent with the present-day Austrian state of Salzburg....
was secularized in 1803 as part of the German Mediatisation
German Mediatisation
The German Mediatisation was the series of mediatisations and secularisations that occurred in Germany between 1795 and 1814, during the latter part of the era of the French Revolution and then the Napoleonic Era....
and reorganized as the Electorate of Salzburg. The electorate was created for Ferdinand III
Ferdinand III, Grand Duke of Tuscany
Ferdinand III, Grand Duke of Tuscany was Grand Duke of Tuscany from 1790 to 1801 and, after a period of disenfranchisement, again from 1814 to 1824. He was also the Prince-elector and Grand Duke of Salzburg and Grand Duke of Würzburg .-Biography:Ferdinand was born in Florence, Tuscany, into the...
, former Grand Duke of Tuscany
Grand Duchy of Tuscany
The Grand Duchy of Tuscany was a central Italian monarchy that existed, with interruptions, from 1569 to 1859, replacing the Duchy of Florence. The grand duchy's capital was Florence...
. Its territory also included parts of the Berchtesgaden Provostry
Berchtesgaden Provostry
Berchtesgaden Provostry or the Prince-Provostry of Berchtesgaden was an immediate principality of the Holy Roman Empire, held by a canonry, i.e...
, the Bishopric of Eichstätt
Bishopric of Eichstätt
The Bishopric of Eichstätt was a small ecclesiastical principality of the Holy Roman Empire. Centered on the town of Eichstätt, it was located in the present-day state of Bavaria, somewhat to the west of Regensburg, to the north of Neuburg an der Donau and Ingolstadt, to the south of Nuremberg, and...
, and the Bishopric of Passau.

The electorate passed to the Austrian Empire
Austrian Empire
The Austrian Empire was a modern era successor empire, which was centered on what is today's Austria and which officially lasted from 1804 to 1867. It was followed by the Empire of Austria-Hungary, whose proclamation was a diplomatic move that elevated Hungary's status within the Austrian Empire...
according to the 1805 Peace of Pressburg
Peace of Pressburg
The Peace of Pressburg refers to four peace treaties concluded in Pressburg . The fourth Peace of Pressburg of 1805 during the Napoleonic Wars is the best-known.-First:...
; Ferdinand was compensated with the Grand Duchy of Würzburg
Grand Duchy of Würzburg
The Grand Duchy of Würzburg was a German grand duchy centered on Würzburg existing in the early 19th century.As a consequence of the 1801 Treaty of Lunéville, the Bishopric of Würzburg was secularized in 1803 and granted to Bavaria. In the same year Ferdinand III, former Grand Duke of Tuscany, was...
, while the Eichstätt and Passau areas fell to the Kingdom of Bavaria
Kingdom of Bavaria
The Kingdom of Bavaria was a German state that existed from 1806 to 1918. The Bavarian Elector Maximilian IV Joseph of the House of Wittelsbach became the first King of Bavaria in 1806 as Maximilian I Joseph. The monarchy would remain held by the Wittelsbachs until the kingdom's dissolution in 1918...
.


Division between Austria and Bavaria

The region was divided between Austria and Bavaria in the 1814 Peace of Paris and was subsequently administered from Linz
Linz
Linz is the third-largest city of Austria and capital of the state of Upper Austria . It is located in the north centre of Austria, approximately south of the Czech border, on both sides of the river Danube. The population of the city is , and that of the Greater Linz conurbation is about...
in the Archduchy of Upper Austria. The Salzburg region became the Duchy of Salzburg
Duchy of Salzburg
The Duchy of Salzburg was a Cisleithanian Kronland of the Austrian Empire and Austria-Hungary from 1849–1918. Its capital was Salzburg, while other towns in the duchy included Zell am See and Gastein....
in 1850.
The source of this article is wikipedia, the free encyclopedia.  The text of this article is licensed under the GFDL.